Clampdown on Dissent in Kazakstan

December violence used as stick to beat government critics who complained about it.

Clampdown on Dissent in Kazakstan

December violence used as stick to beat government critics who complained about it. 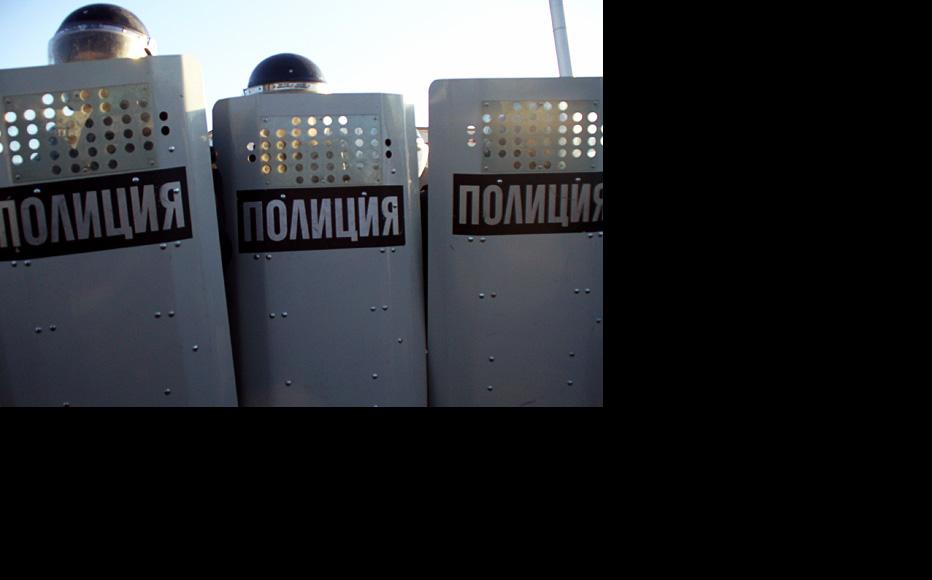 The Janaozen violence was followed by arrests and harassments of government critics. (Photo courtesy of Respublika news site http://www.respublika-kz.info/)
The link has been copied

The United States government and international rights groups have expressed concern about a crackdown on opposition activists and journalists in Kazakstan followiDecember’s bloodshed in the western town of Janaozen.

Fourteen demonstrators were killed and more than 100 injured in Janaozen on December 16, when Kazak police opened fire on protesting oil industry workers. Witnesses said police fired indiscriminately into the crowd, and footage posted on YouTube appeared to support this.

The authorities responded by rounding up opposition figures who they say helped instigate the violence or present some other security threat.

Kozlov and Saparali are charged with inciting social discord, while Vinyavsky is charged with calling for the government to be overthrown. The charge stems from leaflets he distributed calling for an insurrection shortly after the overthrow of President Kurmanbek Bakiev in neighbouring Kyrgyzstan in 2010, according to Reporters Without Borders, RSF.

The three have been detained since January 23.

Police raided the Golos Respubliki newspaper after it called for Vinyavsky’s release, and searched and closed down branch offices of the Alga party. They questioned Golos Respubliki’s deputy editor Oxana Makushina and its reporter Janna Kasymbekova, who covered the Janaozen unrest, as well as well-known theatre director Bolat Atabaev and youth activist Janbolat Mamay.

Atabaev and Mamay were initially deemed suspects, but they have since been classed simply as witnesses. Almaty-based analyst Pyotr Svoik, a member of the National Social Democratic Party of Kazakstan, said this appeared to be in part a conciliatory gesture, and in part “a signal that they too could be arrested, but that it won’t happen as long as they calm down”.

The police also arrested Ayjangul Amirova, an activist from Janaozen and the main contact between the oil workers and their political supporters. It was Amirova, detained on January 6, who first alerted the media to the killings.

All four detainees – Kozlov, Vinyavsky, Sapargali and Amirova – are linked to Halyk Maidany, an opposition coalition of politicians and rights workers that has demanded an independent investigation into the Janaozen violence. The group supported striking oil workers in the town as they protested over several months last year, and its members were among the first activists to visit the town after the killings.

In a February 9 statement, Ian Kelly, the US ambassador to the Organisation for Security and Cooperation in Europe, said his government was concerned about the clampdown and urged the Kazak authorities to ensure transparent investigations and respect for the basic rights of those detained.

RSF said it was extremely concerned about the way the press was being treated, and “outraged” at the detention of Vinyavsky, who it said should be released immediately.

“The authorities, even more paranoid as a result of riots in Janaozen... are using the security argument as a pretext to step up their crackdown on the media,” the Paris-based group said in a statement on February 3.

The US-based watchdog Freedom House said the crackdown undermined respect for fundamental freedoms and called on Kazakstan to live up to its pledges to promote democracy and human rights.

Like the Vzglyad newspaper, Golos Respubliki is linked to Mukhtar Ablyazov, an oligarch and political opponent of President Nursultan Nazarbaev based overseas.

Ablyazov made international headlines when he was sentenced to 22 months in jail in Britain in February for contempt of court. The former banker, believed to have left the UK for France, is accused of embezzling at least five billion US dollars from the BTA bank in Kazakstan, Reuters news agency said on February 24.

Ablyazov denies the legal claim against him, which was brought by BTA and which he says is designed to rob him of his assets and silence him as a Nazarbaev opponent.

In Kazakstan, analysts fear the authorities are using Janaozen as a pretext to muzzle domestic critics.

Media analyst Artur Nigmetov said that if the media organisations now being targeted were closed, many people would be unable to access independent news, said

“These media outlets are the main irritants for the authorities. I am afraid that persecution and repression of the opposition is only going to increase,” he said. “The unregistered Alga party is on the verge of disappearing, and journalists from the opposition Vzglyad and Golos Respublika [newspapers] and online Stan.tv are under constant pressure.”

In covering Janaozen, most media outlets in Kazakstan followed the government line in suggesting it was the protesters who provoked the violence, while accusing the opposition in exile of orchestrating the unrest.

However, the violence has ultimately created a public demand for more, not less critical reporting, Nigmetov said.

“People don’t believe officials and want to know what really happened,” he said, adding that in the Mangistau region where Janaozen is located, many people have acquired satellite dishes so that they can watch the opposition television channel K-Plus.

The station is based abroad and covered the Janaozen violence extensively.

The authorities’ attention is now shifting to dealing with supporters of Vinyavsky and Kozlov, who have been staging small-scale protests outside the offices of the National Security Committee, Kazakstan’s intelligence agency, in Almaty, Oskemen (Ust Kamenogorsk) and other towns.

Nigmetov said these demonstrators were being questioned, fined and intimidated.

The government denies trying to stifle opposition, maintaining that the arrests were necessary to protect national security.

Yertysbaev said that he did not view Kozlov as an opposition leader or Vinyvasky as a journalist, but saw both as part of a team hired by Ablyazov to overthrow the political through “revolution, mass unrest, chaos and violence”.

In an interview on the Liter newspaper’s website, Yertysbaev accused international rights groups of taking a one-sided view by calling for the two men’s release without acknowledging that their actions had been unconstitutional.

As animosity festers between the government and opposition, what happens next remains uncertain.

Svoik believes the Kazak government often takes its lead from events in neighbouring Russia, where President Vladimir Putin faces a presidential election on March 4. That election will take place against a backdrop of rising dissatisfaction galvanised by allegations of fraud during the Russian parliamentary polls in December.

Putin is expected to win, but many people in Kazakstan will be watching closely to see how the Russian public responds afterwards, Svoik said.