Child Marriages on the Rise in Afghan Province

Activists warn that public awareness campaigns are having little impact.

Child Marriages on the Rise in Afghan Province

Activists warn that public awareness campaigns are having little impact. 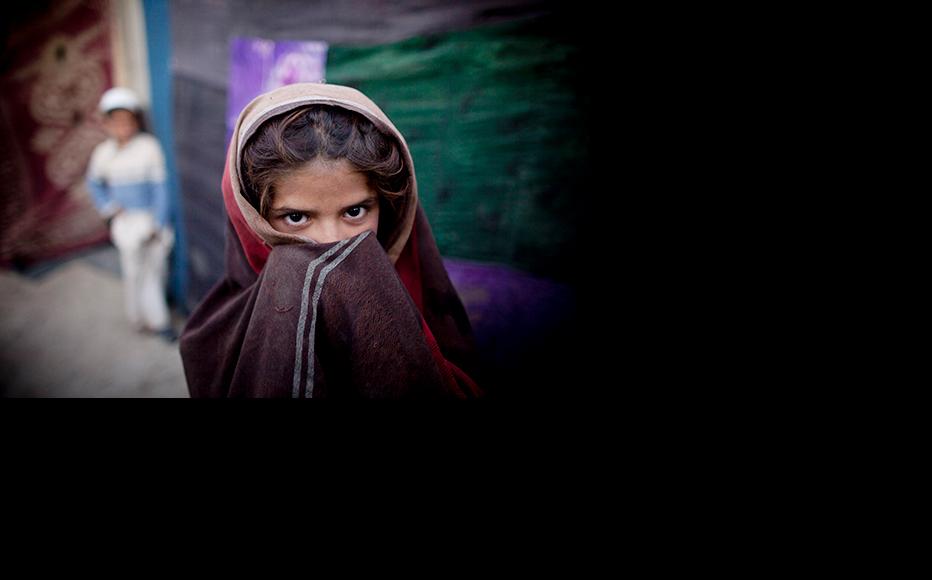 Gender rights activists in Herat province warn that rates of child marriage are on the rise. (Photo: Majid Saeedi/Getty Images)
The link has been copied

Laila, a 15-year-old girl from the Gozra district of Herat, was married off two years ago. She now has a six-month-old child.

As she tried to soothe her fractious baby, she told IWPR how dissatisfied she was with her life.

“When you get married, you can’t go to school, can’t play with your friends and you have to forget all your own wishes,” she said. “Especially when you become a mother, then a world full of problems opens up to you and you suffer for the rest your life.”

Laila’s mother said the family had been forced to get the young girl married off due to their poverty.

Her daughter had faced many problems while giving birth, she added.

“The doctors said she might lose her life because she was weak and small,” Laila’s mother continued. “We prayed to God to save our grandchild’s life.”

Gender rights activists in the western province of Herat warn that rates of child marriage are on the rise, despite multiple public awareness campaigns that aim to curb the practice.

According to a July 2016 UN report, more than half Afghan girls marry before the age of 19. A full 40 per cent of these marriages involve girls between the ages of 10-13 years old.

In Herat, the governor’s spokesman Jilani Farhad estimated that at least half the girls in the province were married off before the legal age.

As with Laila, families often cite poverty as a reason.

Safia, a 14-year-old girl from Anjil district, said that her father had promised her in marriage in return for a wife for her brother. She was now engaged.

Playing with her green scarf, she said, “My dad exchanged me for my sister-in-law. I will get married, so will my brother.”

Halima, Safia’s mother, acknowledged that her daughter was too young to get married, but also explained that poverty had driven them to this situation. Afghan grooms generally pay a bride price to their in-laws, which can be extremely expensive.

Others say that a lack of security in many parts of the province was spurring families to marry girls off at a young age.

Fatima Baqiri, head of the Afghanistan Independent Human Rights Commission (AIHRC) department for women’s support in the western zone, said, “Due to insecurity in the districts, families try to get their daughters married earlier than they should so that they will be protected by their husbands.”

Health practitioners warn that complications from repeated and early pregnancies are a serious issue.

“If a girl under 16 or 18 years old gets married, her body can’t support the baby while she is pregnant and even if the child is born, it can be very weak, or the mother might die during the birth,” said Saliha Seljoqi, head of Herat’s maternity hospital.

“One of my patients was a 13 year-old who had been married to a 40-year-old man, and this girl was his third wife. She came to me in her ninth month of pregnancy and was at risk of death due to her young age and weakness. It was impossible for her to give birth. Eventually, I had to perform a cesarean.”

Families failed to understand the health implications of such marriages, she continued.

“A 15-year-old girl came to me with her in-laws, and her problem was not becoming pregnant. Although I explained to them that she was still very young, the family didn’t listen to me and made their son remarry because they had only one son and wanted him to have children as soon as possible.”

Trapped in such a hopeless situation, girls sometimes try to run away or even commit suicide.

Shafiqa (not her real name) was married off against her will at the age of 14.

Her mother told IWPR, “My daughter didn’t want to get married, but her father insisted on her marriage and said that she had grown up. The day she got engaged, she was very quiet but the next day she set herself on fire and we couldn’t save her life, and she died.”

Wiping her tears with her headscarf, Shafiqa’s mother said, “Me and her father both regretted our decision, but by then it was too late.”

Sonita Rezai, the spokeswoman for the Commission for the Elimination of Violence against Women in Herat, said that they had registered 11 cases of child and forced marriages in the first six months of 2016. The figure for 2015 was seven and the figure for 2014 had been four.

Although these figures did indeed indicate rising levels of child marriages in the province, she emphasized that they were in no way representative of the real figures.

“There are thousands of forced and underage marriages in Herat which have not been reported,” she concluded.

Mozhgan Intizar, head of the Sada women’s support NGO, also said that incidences of child marriage were increasing in Herat but that official statistics were irrelevant, due to huge under-reporting.

“It’s not worth discussing just the cases that have been registered. With what we see in practice the activities we do through our office, I am sure that the number is higher.”

Intizar said that the AIHRC and the department of women’s affairs could play a key role in combatting child marriage, but suggested they work more closely with women’s councils in the districts to get help to those who needed it most.

“The main problem is the government itself because it doesn’t take any direct action,” she continued. “We see that most of our imams quite freely marry children off, which the government can prevent by taking these scholars to court.”

Baqiri said that the central issue they faced was the lack of cooperation from local families.

Even when relatives wanted to report underage marriages they were too intimidated by fear of public shame or their elders to do so.

“Unfortunately, the law requires us not to follow up any case unless there is a complaint,” she said. “There should be no need for a complaint to be made, these marriages should be considered crimes in themselves.”

Once the AIHRC received a complaint they could take action in cooperation with local officials.

“The cases are sent to the department of women’s affairs and police headquarters, and then finally to the courts, and these organisations cooperate with us until the cases are concluded.”

Herat’s department of women’s affairs run a number of initiatives to combat child marriage, including public awareness programmes in partnership with local mosques and religious scholars.

Rezai said that her organization had partnered with the provincial department of haj and Islamic affairs to spread the message, while the AIHRC was also working with rights activists and religious leaders in the districts.

But provincial council member Sakina Hussaini said that imams were not always the best allies in the fight against child marriage, adding, “I myself heard from a scholar that he had carried out the marriage ceremony for his own nine-year-old daughter.”

Religious experts argue that the situation is complex.

Sayed Abdul Wahid Aimi, the head of haj and Islamic affairs in Herat, said that Islam banned child marriage, although with some exceptions.

These included cases in which the parents were unable to support their daughter and were sure she would have a better life with her husband.

He argued that his department and the local council of religious leaders had always campaigned against child marriage.

“Anyone who criticizes us is entitled to his or her own opinion, but we have never been quiet, we have worked [to address this],” Aimi continued. “But tradition, culture and poverty are problems that need time and can’t be solved in a day.”

For now, the victims of child marriage are left with few options.

Zahra, who was 15 years old when her father exchanged her in marriage for a wife for her brother, is currently serving a long sentence in Herat’s women’s prison.

Her eyes full of tears, she nursed her crippled hand and leg as she explained the circumstances that had brought her there.

“I tolerated all my husband’s bad behaviour after we got married, but problems really started when my brother divorced his wife, my husband’s sister. My husband’s behaviour to me got worse, and he found one excuse after another every day to beat me so much that I couldn’t stand it anymore. One day I decided to kill myself and my child.

“When my husband wasn’t home, I went to the third floor and jumped from the roof with my child. My child died, but I survived and now am in the prison with a broken hand and leg because my husband made a complaint against me for killed our child. I was charged and sentenced to 12 years imprisonment.”

Crying, she said, “It was the result of getting married when I was just a child. If I had been older, my life wouldn’t be so unlucky.”