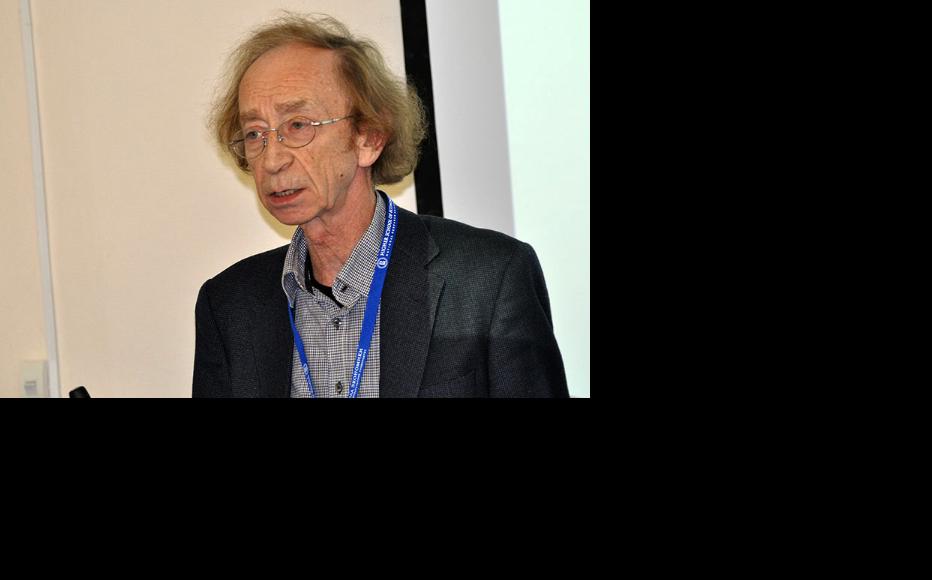 Vladimir Mukomel, from the Institute of Sociology of Russian Academy of Sciences. (Photo courtesy of V. Mukomel)
The link has been copied

There are some three million registered labour migrants in Russia, largely from the former Soviet Union. They form an important part of the labour market but domestic attitudes toward these workers are often negative, fed by rhetoric in the media and from public officials.

The case of an Uzbek nanny accused of beheading a four-year-old girl in Moscow last January will only exacerbate these tensions, according to Vladimir Mukomel, head of the department for the research of migration and integration at the Institute of Sociology of Russian Academy of Sciences.

Gulchehra Bobokulova told a court last month that “Allah” had ordered her to kill the child and take her severed head to a Moscow metro station.

Although Russian media has played down the incident, Mukomel told IWPR that the consequences could be grave.

IWPR: What is the common image of a migrant in Russia?

[However,] journalists paint the portrait of a migrant, and usually it’s a negative one. Whenever migrants and other foreign nationals appear in the news, it’s most likely in stories of them committing crimes and rapes.

The media forms public opinion, yet they are not alone. The speeches of public figures and representatives of public authorities also add to this portrait. And sometimes we can observe how public figures engage in xenophobic statements that are offensive to immigrants. Recalling the mayoral campaign in Moscow in the summer of 2013, the rhetoric of all candidates was xenophobic. They knew quite well that the population would support such statements.

Unfortunately, the population is economically illiterate and does not realise how [much] migrant workers contribute to the Russian economy.

Bobokulova was arrested wearing hijab and shouting Islamic statements. Has the incident stirred up Islamophobia in Russian society?

If we talk about social networks on the internet, the case… certainly became a way of stirring anti-Muslim and anti-ISIS sentiment.

This story was not broadcast by mainstream TV channels for a few days after the tragedy. This may be because the authorities truly feared the growth of xenophobia and social tensions in Russian society, as no one knows where this may lead.

Right now it is unlikely that the authorities would be interested in attracting attention and raising any issues of internal political life of Russia. Instead, it is easier to eliminate all the topic of migrants from the media and focus on foreign policy topics: Ukraine, Syria, Turkey. This is what has been done for the past one-and-a-half years. That is what we observe on Russian channels every day.

How do you think the case will affect how migrant workers are seen in Russian society?

There is no doubt that it will reflect [on the migrants] in the most negative way… I think that after this incident the situation will only get worse. There could be organised attacks on migrants. This might also be reflected in the attitude of ordinary Russians toward the migrants they meet in their everyday life; in markets, shops, in the streets or anywhere else. It is very likely that the migrants will feel some tension.

Despite the fact that the mainstream [TV] media is trying not to focus on the case, such issues are nevertheless addressed in social networks with claims that ‘they’, the migrants, are different from ‘us’ and ‘they’ do such things.

Currently Central Asian citizens, except from Turkmenistan, can enter Russia without a visa. Instead, they are required to register with the police after a certain period of time. What is your take on calls for a new visa regime to be instituted?

This is a senseless measure that does not solve any problem, regardless of how it is formulated.

If it is regarding the fact that this measure will somehow make the flow of migrants more transparent, then there is no need for it. Migrants [from Uzbekistan and Tajikistan] arrive with their foreign passports anyway. [Kazakstan and Kyrgyzstan are members of the Moscow-led Eurasian Economic Union, so their citizens can enter Russia with ID-cards]

Second, it is also unlikely that this measure will decrease the influx of migrants. The reason is simple: those who want to come will come.

The third factor is that we do not take into account the fact that a significant portion of migrant workers are a temporary work force. According to one of our major studies, one-third of foreign migrant workers do not leave Russia within 14 months of arriving. For instance, Tajik migrants are mainly employed in trade. And these are the jobs where an employer is interested in workers’ permanence. A decent job requires constant presence. Migrants take leave at the end of the year and go back home, spending one or two months there, then come back again.

[If a visa regime is ever implemented] at first, all of these procedures will hinder the influx of migrants, but later everything will go back to the way it was. Not to mention the corruption component of this measure. It is clear that there is a huge sum of money at stake for state employees in both the sending and the receiving side.

What is the current demand for migrant workers in the Russian labour market?

Migrant labour is just as much demand in Russia as it was a year ago or even five years ago. Another issue is that the labour market itself is dynamically changing. The devaluation of the ruble has made it less profitable to work in Russia. In my opinion, the recent drop in the number of migrants from Central Asia is not very significant, in the range of 10-15 per cent. I think that migrants are responding to this crisis in the same way that they responded to the crisis of 2007-2009. Considering that it is quite difficult to find a job back home and wages are [still] significantly lower compared to Russia, some migrants try to wait out this period, while others go home and then return to Russia anyway.

Tajik migrants, in particular, seem especially vulnerable to unfair treatment by Russian law enforcement agencies. Why is that?

Unfortunately, Tajik labour migrants often face not only unfair treatment, but also humiliation and direct extortion by law enforcement agencies. However, Tajik migrants are not an exception. I know of cases where Belarusian workers, who do not need any permits for labour activity on the territory of Russia, experienced the same problems. Any foreigner from a former Soviet state could face these problems. This is a matter for the public authorities. This problem is linked to the fact that the work of the police is not sufficiently supervised by state authorities. And unfortunately, civil society institutions cannot carry out this level of surveillance.

If we had a well-honed judicial system, where foreign citizens could make an appeal on violation of the law by the authorities and representatives of the state, this phenomenon would not likely be as prevalent as it is today. Unfortunately, we have problems not only with the judicial system, but also with the procedures of access to the system by foreign nationals.

How effective are human rights organisations protecting the rights of labour migrants? What are the challenges they face?

The majority of organisations dealing with migrants are pointless. There are some successful groups that exist thanks to enthusiasm of their leaders and foreign funding. The main problem faced by these organisations is a lack of stable funding and a consequent lack of skilled staff such as lawyers and social workers.

Russia
Migrants
Connect with us