Disquiet with an authoritarian leader, presiding over an archaic state-dominated economy, sounds familiar.

Disquiet with an authoritarian leader, presiding over an archaic state-dominated economy, sounds familiar. 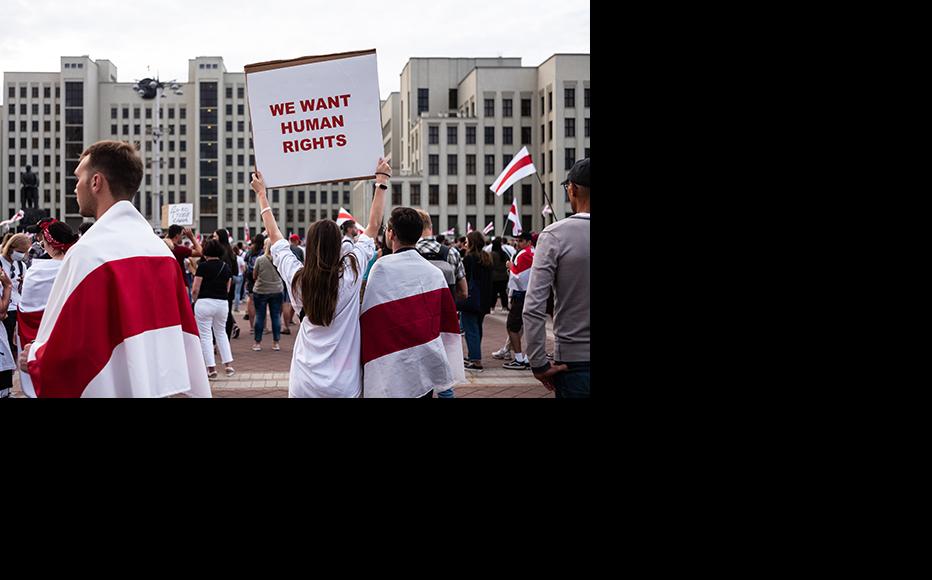 Demonstrators participate in an anti-Lukashenko rally on August 18, 2020 in Minsk, Belarus. (Photo: Misha Friedman/Getty Images)
The link has been copied

The protests in Belarus against are being watched closely in Central Asia, although observers do not predict similar unrest in other remnants of Soviet-style regimes in the region.

Demonstrations calling for the resignation of President Alexander Lukashenko and the implementation of democratic reforms have been ongoing in Belarus since the disputed presidential elections of August 10.

On the face of it, there seem to be some parallels between the Belarussian context and countries in Central Asia also ruled by authoritarian leaders presiding over archaic state-dominated economies.

In Tajikistan, President Emomali Rahmon was last week once again re-elected with 90 per cent of the vote. Like Lukashenko, he has been at the helm of the country for nearly 30 years. But unlike in Belarus, there were no serious protests over his re-election.

Tajik lawmaker Saidjafar Usmonzoda of the Democratic Party of Tajikistan, which supports the government, said that non-violent protest was not part of the regional culture.

"If people come to the square with placards, people in our country will start breaking down bus stops and start rioting,” he concluded.

As long as Dushanbe prioritised socio-economic problems and engaged with the public’s concerns, he continued, there would be no danger of unrest.

But Tajik journalist Hilvatshokh Mahmoud said that his country simply lacked the social infrastructure to stage any kind of popular mass movement.

"Tajikistan does not have such a strong civil society as in Belarus or neighboring Kyrgyzstan.” He said. “In addition, the events in Minsk are taking place in a region that is known as the heart of Europe, and Belarus is surrounded by democratic countries. Therefore, it is unrealistic to talk about the impact of these events on Tajikistan.”

Some have drawn comparisons between the Belraus protests and recent events in Kyrgyzstan, where mass protests against the results of the October 4 parliamentary elections in Kyrgyzstan led to a political crisis and the president’s resignation.

However, Kyrgyz experts argue that the protests had very different causes and backgrounds.

"The regime that Lukashenko has in his country is specific and unique, so Belarus is unlike the rest of the CIS countries," said Medet Tyulegenov, a political analyst from Bishkek.

"This is the preservation of Soviet institutions and ways of managing the economy; management is based on a personalised, authoritarian system. This is what caused the problems. In terms of the personalist-authoritarian system in Kyrgyzstan, there was no one main person, [leaders were] appointed with the consent of a certain elite, and there were also attempts to conduct fair elections and political struggle.”

Uzbekistan saw a change of power in 2016 only following the death of Islam Karimov, who ruled the country for 27 years.

Karimov, like Lukashenko, had Soviet views on the economy, while his successor Shavkat Mirziyoyev began to move away from this approach to gradually introduce market mechanisms.

Nevertheless, many in Uzbekistan support Lukashenko, particularly for his efforts to preserve industry and maintain order, although some of the younger generation have expressed sympathy for the Belarussian opposition.

Temur Umarov, an expert on Uzbekistan, said that Tashkent had a sober understanding of the differences between the two countries.

"The formation of protest moods in modern societies, the formation of opposition in authoritarian regimes is a much more complex process,” he continued. “All this does not work according to the principle that we were reproached with in childhood, ‘if everyone jumps off the roof, do you jump too?’ Societies do not take to the streets because everyone came out [to protest] in a neighbouring or similar country.”

In Kazakstan, experts note that Nursultan Nazarbayev, who ruled the country for 30 years, resigned in March 2019 and facilitated a gradual transit of power to current leader Kassym-Jomart Tokayev.

This process had reduced tensions, especially given that Tokayev, in contrast to Nazarbayev, supports cautious changes towards democratisation.

As for the economy, Kazakstan moved to the free market model back in the 1990s.  While many companies remained state-owned, the government recognises this as a problem and is pursuing gradual privatisation.

Talgat Kaliev, a political analyst, said, “The most important challenge for our country was to ensure a painless transition of power from the first president to the second, so that we could learn how to peacefully choose the country's leaders in the constitutional field, and lay down the appropriate political traditions of changing power. In Belarus, this process was delayed, which led to the current crisis. This is a big difference between the countries.”

However another Kazak expert, Askar Nursha, said that the events in Belarus showed that preconceptions about local contexts could be misplaced.

Giving Voice, Driving Change - from the Borderland to the Steppes
Central Asia
Crisis, Regime, Protests
Connect with us