Analysts fear that the new Kabul regime will inspire extremist organisations across the region.

Analysts fear that the new Kabul regime will inspire extremist organisations across the region. 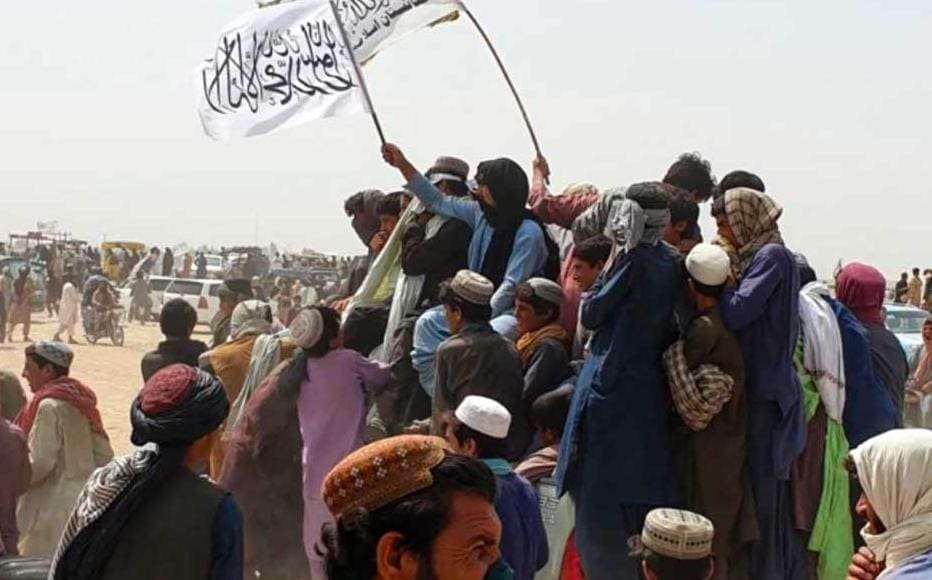 The Taleban in Spin Boldak district of Afghanistan. © Radio Free Europe/Radio Liberty
The link has been copied

Experts warn that the Taleban’s return to power will position Afghanistan as a key policy issue across Central Asia, both geopolitically and in terms of the domestic impact of a re-energised Islamist movement.

Tajik political scientist Qosim Bekmuhammad said that the Taleban's jihadist ideology posed a real threat to the region. He said that the situation was reminiscent of the early 1990s, when the mujahideen claimed to have vanquished the Russians through “the power of Islam”.

“Then this propaganda spread strongly in Central Asia,” he continued. “Now it's being claimed that the ‘barefoot’ Taleban were able to kick out another superpower.”

Faridun Hodizod, another Tajik analyst, said that past experience had shown that proponents of political Islam tended to expand their ideological ambitions after coming to power.

"For example, after the victory of the Islamic revolution in Iran, its ideas were spread to other regions," Hodizoda said.

The Tajik and Uzbek government are concerned not only about the involvement of their own citizens in the Taleban, but potential pacts between the Afghan organisation and sympathetic allies.

These include Tajiks from the banned Ansarulloh group, and Uzbeks in the similarly proscribed Islamic Movement of Uzbekistan.

Radio Ozodi reported in late July that the Taleban had handed over control of the areas bordering Tajikistan to Ansarulloh.

Bekmuhammad said that the Taleban, as a religious ideological movement, would sympathise and collaborate with other similar radical groups.

"The experience in 2001, when they did not accept US terms and refused to hand over al-Qaeda leaders, is evidence of that,” he said. “That is, the support of allies and Islamic groups was very important to the Taleban. The Taleban will not abandon this principle now, though they will be cautious in the initial stages.”

The withdrawal of foreign troops from Afghanistan was part of a US agreement with the Taleban signed in 2020 in Doha. The Taleban then began to intensify their efforts to seize control, especially in the north of the country.

On August 7, Taleban fighters attacked provincial administrative centres, capturing first the city of Zaranj, the capital of Nimruz province and within a week seizing control of Kandahar, Herat, Ghazni, Mazar e-Sharif and Faizabad. Most of these cities, except for Herat and Mazar e-Sharif, fell without a fight. While the Afghan government and prominent figures pledged to confront the Taleban, the movement's fighters had already reached Kabul by the morning of August 15.

The Taleban has repeatedly stated that it will not attack its neighbours and that it intends to maintain good relations with them. But Central Asian states, especially Tajikistan, appear to have little faith in these promises. In response to the militants’ initial takeover of northern Afghanistan, the Tajik government sent an additional 20,000 troops to the border and for the first time conducted a nationwide inspection of its armed forces.

The longer-term approach of Central Asian states toward the Taleban is likely to depend on Russia's policy toward the new regime in Afghanistan and the extent to which it will be recognised by the international community. The Taleban are deemed to be a terrorist group in Tajikistan, Uzbekistan and Turkmenistan. However, officials in both Uzbekistan and Turkmenistan have already met with members of the movement.

The 300,000-strong Afghan army was defeated in a matter of weeks despite being equipped with the latest equipment. Many analysts have drawn attention to the high levels of corruption with the army – and in the wider Afghan government – as an explanation for why the Taleban managed to take charge so quickly.

Hodizoda argued that the most important lesson other Central Asian states should learn from the Afghan experience is that there needed to be public trust in government for power to be sustainable.

"Corruption and provincialism must be eradicated so that people are satisfied with the government,” he said. “Otherwise, they will start thinking about other ideologies, [and question] why there is no justice in their state."