Since winning the Asian Cup, Iraqi football has been dogged by problems, dimming prospects for next year’s competition.

Since winning the Asian Cup, Iraqi football has been dogged by problems, dimming prospects for next year’s competition. 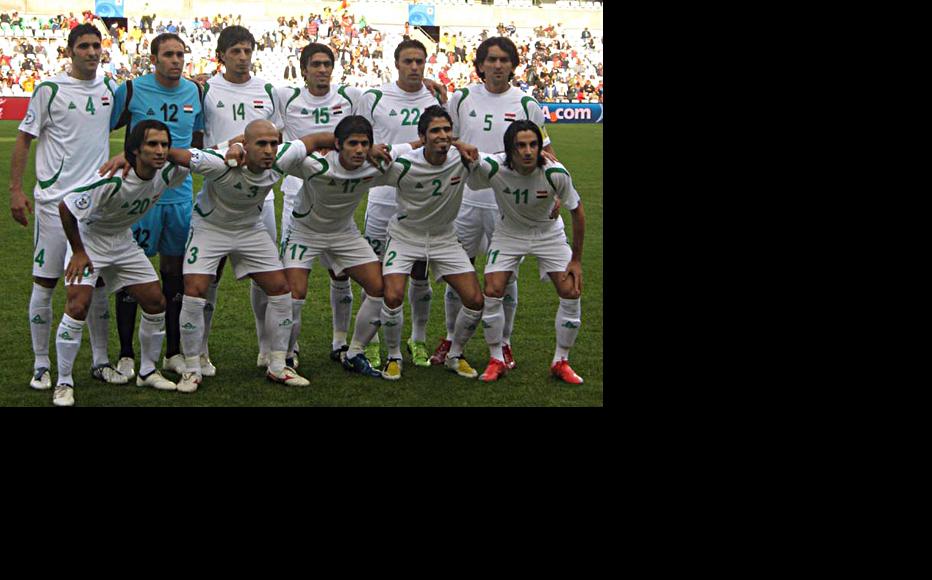 Iraq’s national football team poses for a picture during the FIFA Confederations Cup in South Africa in 2009. (Photo: Ammar Sati) 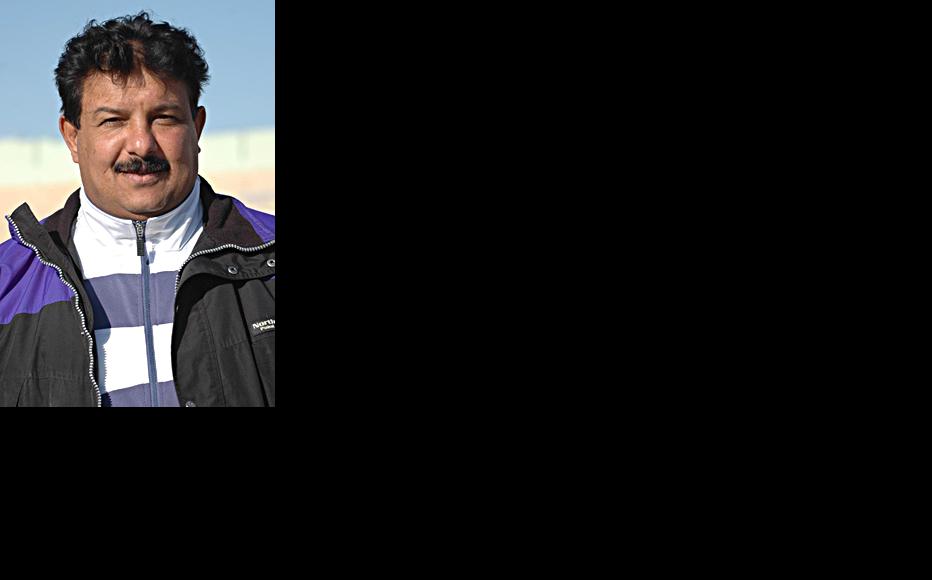 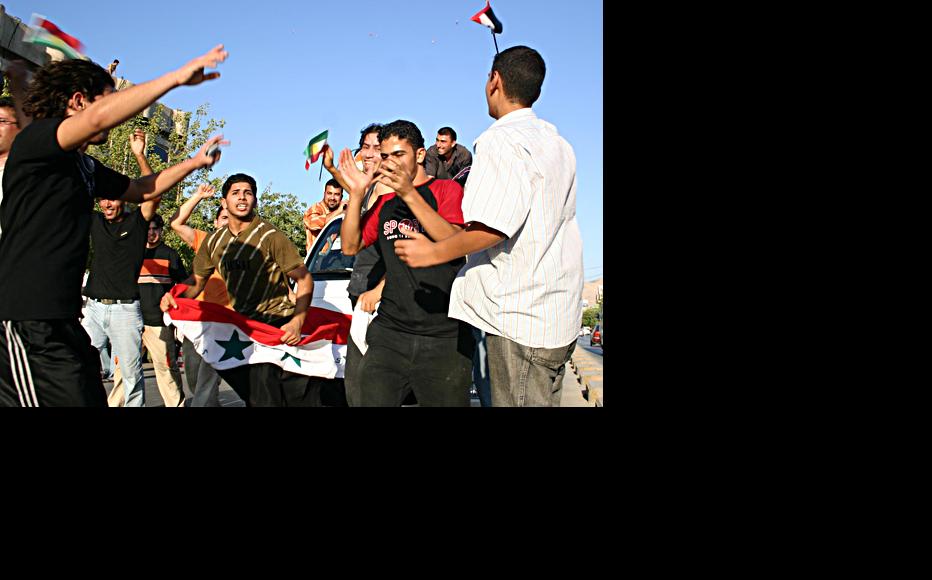 Football officials, international experts and even faithful fans admit Iraq faces a daunting task in attempting to repeat its 2007 Asian Cup triumph that shocked the world and briefly united the divided nation.

Since the near-miraculous victory, Iraqi football has endured sanctions, suspensions, political turmoil and coaching changes that have left the national side in disarray.

Iraq, which was only allowed to return to international competition on March 20, is now scrambling to prepare for the 2011 Asian Football Confederation championship, for which fixtures were recently announced.

"If you want the truth, Iraq's group is probably too tough at the moment. The Iraqi Football Union will have to start preparing high-level training camps as well as matches against strong teams to prepare for the intense competition we will face," said national coach Nadhim Shakir, referring to the 16-team Asian Cup finals that will take place in Doha in January 2011.

Iraq will begin its title defence in what some experts have called a "group of death". The so-called Lions of Mesopotamia will face eight-time AFC finals qualifiers United Arab Emirates, and a much-respected North Korea team that has qualified for this year's World Cup in South Africa.

"Iraq versus Iran is one of the great rivalries in world football. It has everything; war, religion, geography... Iran's role in Iraq post 2003 has certainly added more spice to it," said James Montague, Middle East football expert and author of " When Friday Comes: Football in the War Zone".

Montague watched the last match between the two rivals in Amman, Jordan, just before the 2007 Asian Cup. By his account, the large Iraqi refugee community in the city made it a virtual home game for Iraq.

"When the Iranian national anthem was played, you couldn't hear a note because of the shouts and whistles. It was vicious. The Iranian players looked really shaken up. Iran won [2-1] in the end, and Iraq's players were shattered. You could see what it meant to them," Montague said.

The top two teams from each group will advance to the knock-out round. Australia - the field's top team, 19th in FIFA world ranking - and three-time champion Japan are considered favourites in Asia's premier football event. Iraq is currently ranked 82nd in the world.

"It's going to be very tough for Iraq to defend their title. Under [former Brazilian coach] Jorvan Viera, they did exceptionally well and, in my opinion, over-achieved in the 2007 cup. Having said that, they were exceptionally disciplined and played some good football; I also think some teams underestimated them," said Scott O'Donell, an ESPN football analyst and former director of the AFC Coaching Education Department.

Viera, who earned worldwide praise for leading Iraq to the 2007 championship just two months after being named coach, left in 2009 citing the effects of political instability on Iraqi football.

His successor, Radhi Shenaishil, lasted only a month and was followed by Velibor "Bora" Milutinovic. Known as a miracle worker for being the first coach to lead four countries to the second round of the World Cup, Milutinovic's contract was not renewed after a winless performance in the 2009 FIFA Confederations Cup.

There has been much speculation in the Iraqi press that Shakir, a star of Iraq's World Cup squad in 1986, will be replaced by a foreign coach ahead of the Asian Cup. Iraqi football sources say talks have begun with Uruguay's George Fosati, former coach of Qatar's national team, but no formal agreement has been reached.

"The Iraqi government will have the final say in any contract with a foreign coach who might help us defend the title, and this will definitely happen if we get the financial support, salary request and residency approval that we are looking for," Hussein Saeed, chief of Iraq's Football Association, IFA, said.

Turmoil in Iraqi soccer has not been confined to coaches and training. On November 16, 2009, the government's Olympic committee abruptly dissolved the IFA and occupied its headquarters with armed guards. The committee accused IFA of corruption and links to the outlawed Baath Party, but observers saw the move as a sectarian power grab by a new Shia administration in Baghdad against the Sunni-led IFA.

Four days later, FIFA suspended Iraq's membership on the grounds of political interference. All Iraqi teams were barred from international competition and FIFA withheld some 250,000 US dollars worth of annual funding for football development. The suspension also halted some 1.8 million dollars planned for FIFA-sponsored training centres in Erbil and Baghdad.

After four months in the football wilderness, the Olympic committee agreed to halt the dissolution of the IFA on March 10, and put the association and Saeed back in charge of the national team. According to Saeed, FIFA relented on condition that elections for new IFA officers take place in September, and the ban on international competition was suspended on March 20.

"FIFA has a huge amount of power in this area and have already forced places like Iran, who have a poor record on taking instruction from outside powers, to back down,” Montague said. “The issue, according to Saeed's detractors, was always the lack of any election. He has promised that and new FA statutes which keeps everyone happy for now. Well, not exactly happy. But we'll have to wait and see if the IFA comes through on it. If not this could happen all over again in August."

"The problem with the Iraqi team now is that they are not fully prepared to defend the championship. Those in charge of Iraqi football should do all they can to make sure the Asian Cup stays in our locker," said Zanghana, who started the International Association of Iraqi Football Fans in the 1970s.

National team striker Imad Mohammed, who plays professionally in Iran, said the training period ahead would make all the difference to Iraq's performance.

"As players, we want to play tough games against strong teams. Iran is a strong team with a great history in Asian competition. This also applies to North Korea. Even the Emirates (UAE) team is full of surprises with its intensity and aggressive attack," Mohammed said.

"But we can repeat the success of 2007 if we have enough support. We can defeat Iran and North Korea, and I believe we will advance to the next round."

Iraq's fairytale championship in 2007 was said to have brought brief joy to the country after several years of bloody sectarian warfare. The diverse team roster was seen by some as an apt metaphor for how Iraqis might best face the future. Montague described it as "arguably the greatest team achievement in the history of football".

"It was definitely a defining moment in Asian football. Iraq's win in 2007 against all the odds gave a lot of hope to some of the developing football countries in Asia, that there a chance for them all," ESPN's O'Donell said.

"But the Iraqi fans have to be realistic this time around. Obviously, they want their team to do well but they have to look at the preparations of some of the other teams compared to theirs.

“The players and coaching staff will be going out to do their best, but, as I have said, no teams will take Iraq for granted any more after 2007."

Ammar Satti is an IWPR-trained journalist based in Erbil. IWPR Iraq editor Charles McDermid contributed to this report from Erbil.