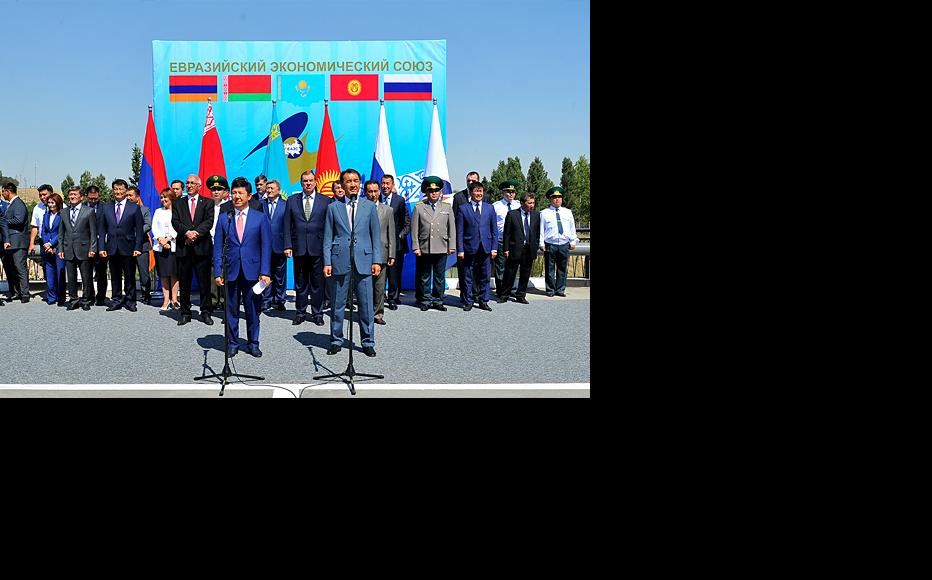 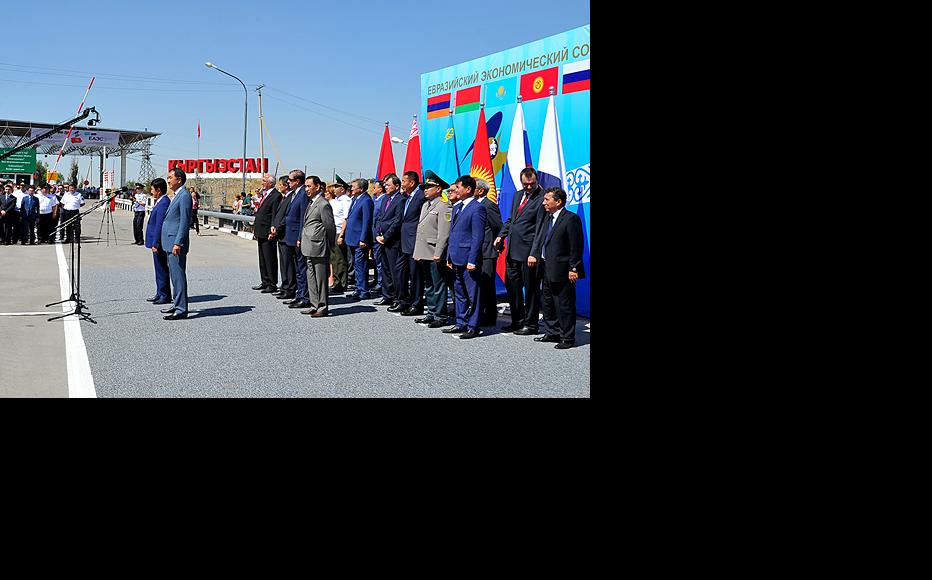 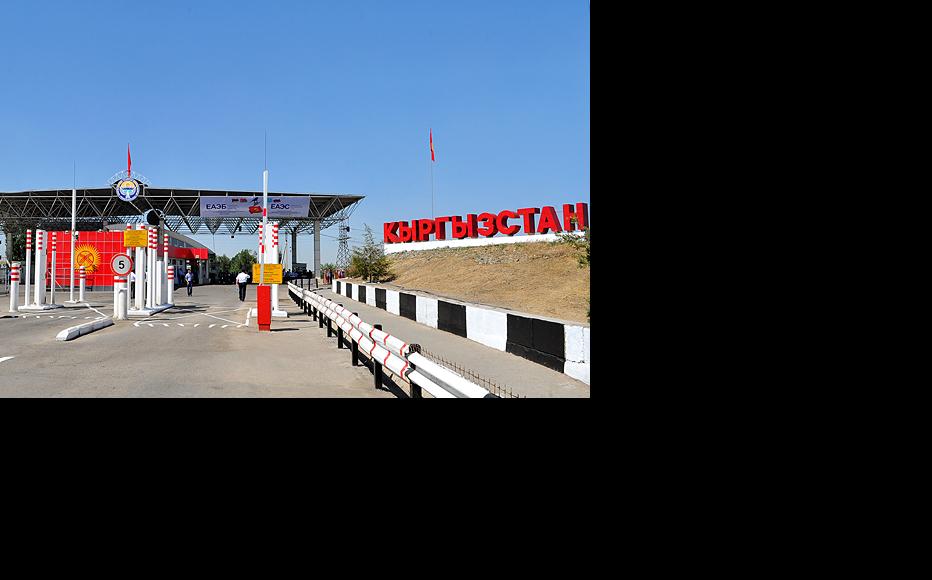 Kyrgyz border crossing from Kazakstan with special channel for Eurasian union nationals to the right. (Photo: Kyrgyz government website)
The link has been copied

Kyrgyzstan has had a bumpy start to its entry to the Eurasian Economic Union, as the ending of border controls with Kazakstan is proving less straightforward than expected.

Customs controls between the two countries were formally lifted on August 12, although in practice Kazakstan is still enforcing them.

At an official ceremony to mark the end customs barriers, Kyrgyz president Almazbek Atambaev looked forward to an era of “new opportunities for economic growth”.

The Eurasian Economic Union includes Russia, Belarus, Armenia and Kazakstan – the latter the only member state with which Kyrgyzstan has a border. Membership brings free movement of goods, services and labour to and from other member states, largely without taxation and customs duties.

Despite the fanfare around the opening of the borders, in Kyrgyzstan complain that customs inspections continue on the Kazak frontier, and the open borders and free flow of goods they were promised have yet to materialise. The resulting long queues at the border are slowing the pace of trade.

“The Kazak customs officers have told us that they’ll remain at their posts for another three months until all the procedures are sorted out. The same goes for the tax officials,” said businessman Janybek Bozoev. “We would like the [Kyrgyz] government to respond quickly to the situation and protect us from this bureaucracy.”

Journalist Jibek Kaparbekova reports seeing long lines of freight vehicles waiting to get into Kazakstan. She says the main checkpoint, called Ak Jol, does not yet have the equipment needed for the accelerated processing of goods that is envisaged by the Eurasian treaty.

Rahat Abdykerimova, a businesswoman from Kyrgyzstan who imports goods from China, said she had been looking forward to the end of years of tiresome bureaucracy, but to her surprise, nothing had changed.

“The customs and tax services in Kazakstan continue to require invoices for goods,” she told IWPR. “Many of them don’t know we share the same rules. We hope that this period of turbulence will be over soon, and that we’ll finally be free to import and export products.”

Sergei Ponomarev, who heads the association of markets, traders and services in Kyrgyzstan, told IWPR that he contacted the economy ministry after receiving dozens of complaints. He said Kazak customs officers were insisting they needed to receive formal instructions from their superiors before they could stop border checks, but these orders had not been issued.

“We must let the president of Kazakstan know that his order has not been executed locally,” Ponomarev added.

At the same time, Ponomarev acknowledged that the transition to customs-free trade would take time, possible six weeks or more.

For its part, the Kyrgyz government says its frontier officers have been instructed to end customs and tax controls on imports from Kazakstan and other bloc members. Veterinary and hygiene controls for food and biological products will remain in place for the time being. It is unclear when those will be lifted.

Kyrgyz officials said action was being taken to address problems on the ground.

A spokesman for Prime Minister Temir Sariev told IWPR that a team led by Economy Minister Oleg Pankratov had been tasked with “daily monitoring of the situation on the border”.

Now that Kyrgyzstan is in the Eurasian bloc, it has to apply higher import tariffs on non-members, including neighbours China, Tajikistan and Uzbekistan. Opponents of membership have argued that the country will lose its niche as the hub for Central Asian imports of goods, above all from China. This will cost thousands of jobs that the country can ill afford to lose, they warn.

New procedures for inspecting these third-country imports are already being implemented in some places, although not all checkpoints have the right equipment yet.

The Kyrgyz government has admitted that the impoverished state will initially struggle to adapt to life within the Eurasian union. Its limited domestic production capacity means it will not immediately benefit from the export opportunities on offer, while local manufacturers will face stiff competition from the likes of Kazakstan and Russia.

The government is forecasting that the economy will contract for two years, while consumer prices will increase as imports from China and other suppliers like Turkey become more expensive because of the higher tariffs.

“The terms for imports from third countries will alter radically, while goods from Eurasian Economic Union countries will gain easier access to our market,” Economy Minister Pankratov explained.

He predicted that annual inflation could be ten per cent next year, with food prices rising by as much as 15 per cent.

“Only in 2017 can we expect to accelerate growth as the economy adjusts to conditions within the Eurasian Economic Union,” Pankratov said.

Russia, Kazakstan, Kyrgyzstan
Rule of Law, Economy
Connect with us