People afraid of testifying in cases because of intimidation, including death threats. By Emily Ponder in London

People afraid of testifying in cases because of intimidation, including death threats. By Emily Ponder in London 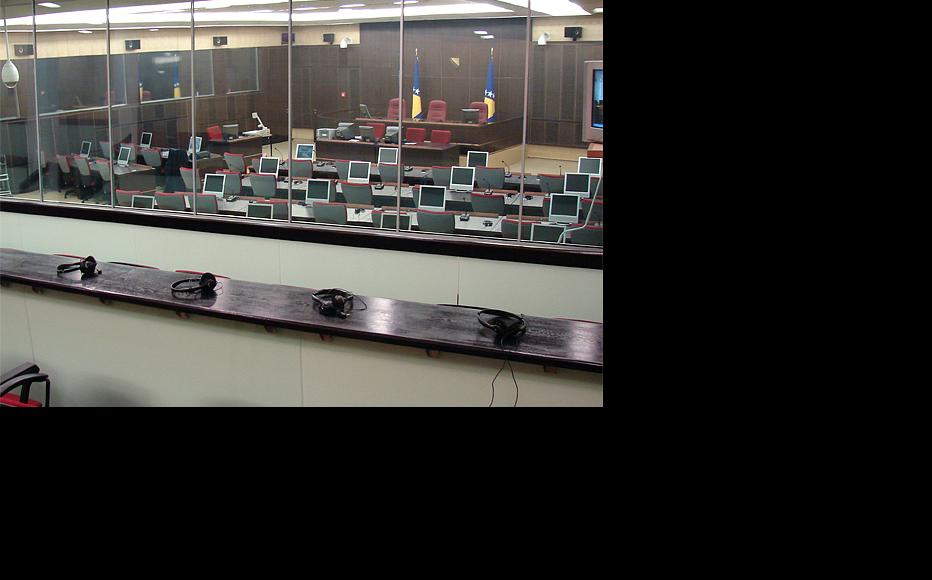 Avdo Popara, a Bosniak (Bosnian Muslim) from Sarajevo, survived torture at a prison camp from 1993 to 1994, but his misery did not end there. Testifying about his experience in front of Bosnian courts years later was gruelling in itself.

Popara has had to cope with repeated death threats and harassment for his role in the judicial process, and his case is sadly not unique. The situation means that the courts of Bosnia and Hercegovina, BiH, lack witnesses willing to testify about atrocities committed during the Bosnian war in the early 1990s.

“There is a concern in Bosnia and Hercegovina that both the prosecution and the defence face difficulty in securing the cooperation and testimony of witnesses, which in turn jeopardises the system’s ability to efficiently deal with the large caseload of war crimes,” said Stephanie Barbour, legal adviser for war crimes and transitional justice with the Organisation for Security and Cooperation Mission, OSCE, mission to BiH.

The OSCE has monitored all war crimes trials before courts in each BiH entity:  the ten cantons in the Federation, five county courts in Republika Srpska and the Brcko district court.

Popara has testified about his experience at the camp in front of several courts including the municipal court in Travnik and the cantonal court in Zenica. It is in these lower courts in particular – prosecuting lower-ranking war crimes suspects passed down from the International Criminal Tribunal for the Former Yugoslavia, ICTY, and the Court of Bosnia and Hercegovina –  that testifying can be particularly miserable and dangerous.

After testifying in Zenica against Dominik Ilijasevic, death threats forced Popara to change his phone number.

“My home telephone rang and a male voice told me he would come over to cut my head off and then cut my relatives' heads off,” he said. “He started shouting and started cursing my 'Muslim mother'. I hung up, yet the call repeated twice, threatening to kill me and my family.”

According to Murat Tahirovic, president of the prisoners of war association in BiH, incidents like Popara’s are keeping victims and potential witnesses away from the courts.

“The witnesses are afraid to give testimony and then go back to their homes and continue living,” Tahirovic said. “We have often received notifications from our members having testified in trials and telling us that they're being threatened with death or being told their families would be killed because they agreed to testify. Simply put, people are afraid of testifying.”

Despite the dangers, witness testimony is essential to a fair trial, according to Barbour, and, therefore, necessary for prosecuting cases.

“Live witness testimony is the cornerstone of a criminal trial,” Barbour said. “The evidence of witnesses, including victims, is often the only way to prove a war crimes charge as there is typically little documentary evidence available.”

Ideally, protection services for witnesses would make testifying easier. However, such security measures are not readily available at the district and cantonal courts in BiH.

Technologies such as face and voice distortion are used in courtrooms at the ICTY and the Bosnian state court when a witness could be in danger for testifying, but these are absent in local courts. Even when a witness is testifying anonymously or behind a screen, Barbour says the witness’s name has been read in open court or published in the media.

“The witness protection level seems to be bad at the national court and catastrophic at local courts,” Tahirovic agreed. “At local courts, there are often no separate rooms for witnesses. You are often in the situation that as a witness, you have to sit in the same room with the accused or meet him in the walkway. This way, identities of all witnesses are clearly visible.”

Popara knows this all too well. "I was taken into the same room where the relatives of the accused were sitting, his brother and first cousin, and I was supposed to testify as a protected witness,” Popara said of his experience in Zenica. “I sat next to them and when the previous witness had finished his testimony, I was taken into the courtroom while the press was leaving and everyone who was leaving saw me.

“The next day, Dnevni Avaz, a local paper, published an article… disclosing my identity and residence. Since then, I have no trust in the national courts and their capacity to protect witnesses."

Witness security is a major problem in an array of flaws throughout the Bosnian court system. Under-funding and under-staffing contribute to the slow processing of cases.

Eldar Jahic from the Sarajevo Research and Documentation Centre maintained that despite obstacles like a cut in the budget for the prosecutor’s office, the Bosnian courts are working hard to process cases efficiently.

“Life with a legacy of genocide and war crimes, with a culture of impunity and war criminals walking free, is not an acceptable alternative for us,” he said.

The ministries of justice from the BiH state, the entities and cantons, and the Brcko district as well as the high judicial and prosecutorial council began last year implementing a justice sector reform strategy, expected to be fully in place by 2012.

The strategy is to weed through the problems that prevent Bosnian courts being more efficient, witness security included.

IWPR understands that reforms are currently being made that would introduce the technologies that provide witness security comparable to the state court into ten lower courts that prosecute war crimes cases.  Two of the latter courts will also receive grants for a pilot programme that would provide witnesses and victims with psychological services. The courts that will receive the funding for these reforms have yet to be decided.

IWPR also understands that in the coming months, members of the justice sector will also be holding a conference with donors and the United Nations Development Programme to discuss current difficulties facing witness protection in the courts and related other related problems.

Emily Ponder is an IWPR intern in London.
Velma Saric, an IWPR-trained reporter in Sarajevo, contributed to this report.