Iraq hit by spate of bombings as process of forming new government drags on weeks after poll.

Iraq hit by spate of bombings as process of forming new government drags on weeks after poll. 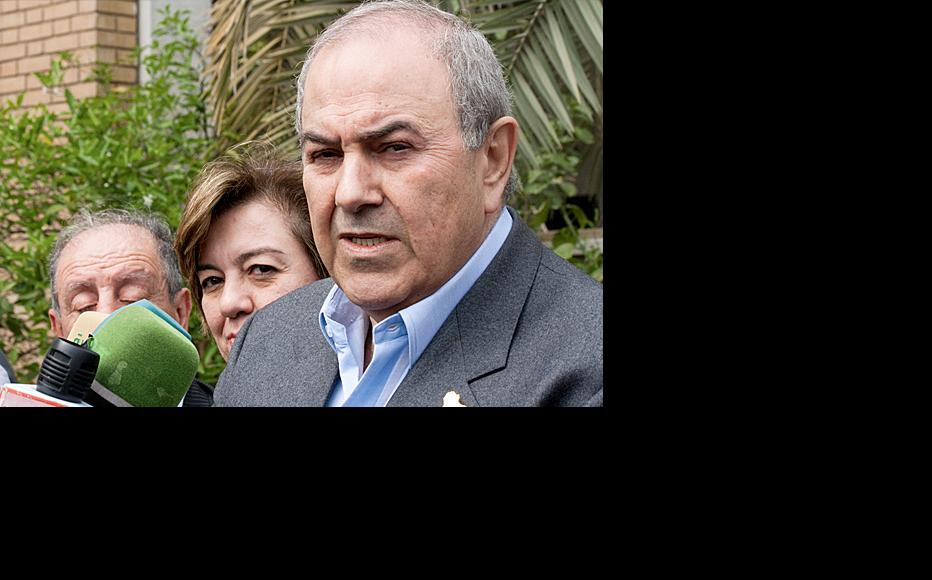 Former prime minister Ayad Allawi’s Iraqiya bloc won the most seats in recent election, but looks set to be sidelined by a new Shia alliance. (Photo: Flickr/Omar Chatriwala)
The link has been copied

A wave of bomb and gun attacks across Iraq this week exploited a leadership vacuum and the emergence of a powerful Shia coalition, with the aim of re-igniting sectarian bloodshed, analysts and politicians said.

Shootings, suicide attacks and car bombs in at least  ten countrywide locations killed 119 people on May 10, with the deadliest incidents coming in the predominantly Shia cities of Basra and Hillah. Two bombings a day later killed five more Iraqis in Baghdad.

A popular tea shop in the capital's Sadr City area, near the headquarters of radical Shia cleric Moqtada al-Sadr, was bombed on May 12 leaving at least nine customers dead and dozens injured. The string of attacks, against mostly Shia targets, has been seen by some as a brutal sectarian backlash against political developments and many fear more violence ahead.

"Attacking a well-known Sadrist stronghold is retaliation for how well the Shia did in the election," said Amir al-Kenani, a parliamentarian from the Sadrist bloc, after the May 12 bombing.

“Terrorists will continue to commit more attacks, particularly on poor people. Their main goal is to stoke sectarian tension at a time when the government and security forces are not able to protect their people. People here expect a bomb at any time. Sooner or later they will have to protect themselves, if others cannot protect them."

The perpetrators of the most recent bombings are as yet unknown, but officials blamed the May 10 strikes on al-Qaeda, saying the extremist group was striking back after a series of successful government campaigns that included the killing of two top militant leaders in a raid last month.

Analysts believe the current political climate has given attackers a chance to trigger sectarian warfare, and the days and weeks ahead will determine if they will be successful.

The attacks occurred as politicians continue months of wrangling over the formation of the next government. The tightly coordinated strikes also followed the merger last week of Iraq's two main Shia political blocs, a move certain to cement a leading role in the next administration.

The alliance of Prime Minister Nuri al-Maliki's State of Law, SOL, with the Iraqi National Alliance, INA, dominated by hard-line anti-American Sadr, has been seen as marginalising Iraq's Sunni minority which has been largely discontent with the Shia-led governments in power since 2003.

The new coalition, which United States ambassador Christopher Hill called a “Shia mega party”, has brought concern that Sunni will again abandon the political process and return to militias and tribal networks for protection.

“The formation of the new alliance will fuel violence in Iraq for two reasons. First, it tells terrorists that Iraqi politicians are arguing and busy with their own business, so this is the best time to attack. Second, it enables al-Qaeda and other terrorist organisations to induce Sunni to insurgency again by telling them they have no position in Iraq’s government even though they went to the polls and did well in the election,” said Kadim al-Muqdadia, a political analyst and professor of media and journalism at Baghdad University.

The merger of the Shia blocs was a political blow to Ayad Allawi, a secular Shia former prime minister whose Iraqiya coalition was widely supported by Sunni. Iraqiya got the most votes in March 7 parliamentary elections that yielded no outright winner. According to unofficial results, the bloc won 91 seats in parliament, followed by SOL and INA, which acquired 89 and 70 seats respectively.

Although a manual recount, expected to be finalised this week in Baghdad, may slightly alter the results, this will matter little after the merger of SOL and INA. The new coalition now needs only four more votes to reach the required majority in the 325-seat parliament to form a government. This process of negotiation with other potential allies will begin once results are declared official by the Supreme Court.

Allawi has blasted the new alliance as a brazen attempt to rob Iraqiya of its right to form the next government, and has spent several weeks canvassing in the Middle East for support. He has also repeatedly warned of sectarian violence in response to the merger, a possibility that Shia leaders continued to deny strongly in the aftermath of the latest bloodshed.

“The style of the attacks shows that they are not sectarian. They are not related to the formation of the Shia alliance, or a reaction to it. The new alliance is a step toward speeding up the political process in Iraq, not stoking sectarian strife,” said Ammar Touma, a senior INA leader and a member of the parliamentary committee on security and defence.

“Attacks such as these should push politicians to step forward and form the next government. They should set aside all their political disputes in order to defeat al-Qaeda and the followers of the Baath party. ”

In the run-up to the elections, Maliki launched a strident anti-Baathist campaign that led to the banning of at least one prominent Iraqiya candidate for alleged links to the Baath party. After the election, votes for several other Iraqiya politicians were thrown out on similar grounds.

Iraqiya officials have criticised the charges, as well as the controversial recount ordered by Maliki, as illegal delays to the election process. Iraqiya leaders were quick to point a finger at the Shia coalition after this week’s attacks.

“Terrorists are exploiting the atmosphere that has resulted from illegal and unconstitutional attempts to force Iraqiya out of its right to form the government,” Alya Nesaeif, a senior Iraqiya official, said.

Nesaeif said that even if the recent violence does not return Iraq to sectarian fighting, the current trend in politics is dangerously divisive.

“Sectarianism is not a something that is carried out only in bomb blasts; it is a practice adopted by politicians too,” she said.

Political analyst Abdullah Jaafar, a retired political science professor at Baghdad University, believes many Sunni feel alienated from politics and are looking to their leaders to decide their next move.

“Of course, Sunni are worried. They had a bad experience with such a Shia alliance in the last government. If Sunni politicians choose to oppose or boycott the political process, Sunni will join the insurgency. But this time it won’t be like 2006, it will be worse,” said Jaafar, referring to the period between 2006 and 2007 when sectarian fighting was at its worst.

“Sectarian violence is highly possible in this atmosphere. But if Sunni politicians choose to join a Shia government, the situation could take a turn for the better. It all depends on the choice Iraqiya makes. The Shia parties have come together again and there is no turning back. We should hope that all politicians act wisely at this time,” Jaafar said.

Shia officials have defended the new coalition as the fastest route to a new government, and have said they would be open to negotiations with any party interested in joining them.

“Our goals and programmes are similar, and with no outright winner. Unity between us is the best way to form a big bloc and speed up the process of forming the government to avoid any turmoil that will probably cause violence,” SOL spokesman Hajim al-Hasani said.

Analysts believe the pre-election split between the Shia blocs was due to a disagreement over the position of prime minister – a dispute that remains unresolved.  Jaafar said elements of the INA, including the Sadrists and the Islamic Supreme Council of Iraq, led by Ammar al-Hakim, did not agree to another term for Maliki. In response, the incumbent prime minister broke away and formed the SOL coalition. After Allawi’s surprise victory, the blocs agreed to unite and to settle on who should be the premier once the formation of the government was under way.

“The prime minister post is an issue which will take a long time to resolve, but it was not the only obstacle that delayed our merger. Now we will establish a government from all the winning lists; this is our principle. Even if this alliance is formed of a specific sect, it does not mean its programmes and strategies will be sectarian. They will be for the whole nation,” INA deputy Ammar Toama said.

Some members of Iraqiya are not so sure, and many are waiting to see how the bloc and its allies respond.

"We do not give our blessing to this new alliance. It is their right to build an alliance, but we have to draw the line on this specific alliance because it clearly formed along sectarian lines," Iraqiya spokesman Maysoun al-Damlouji said.

“Iraqiya has not decided its next step yet. We have not decided what we will do: join or oppose a new government. We will wait and see what happens in the next few days."