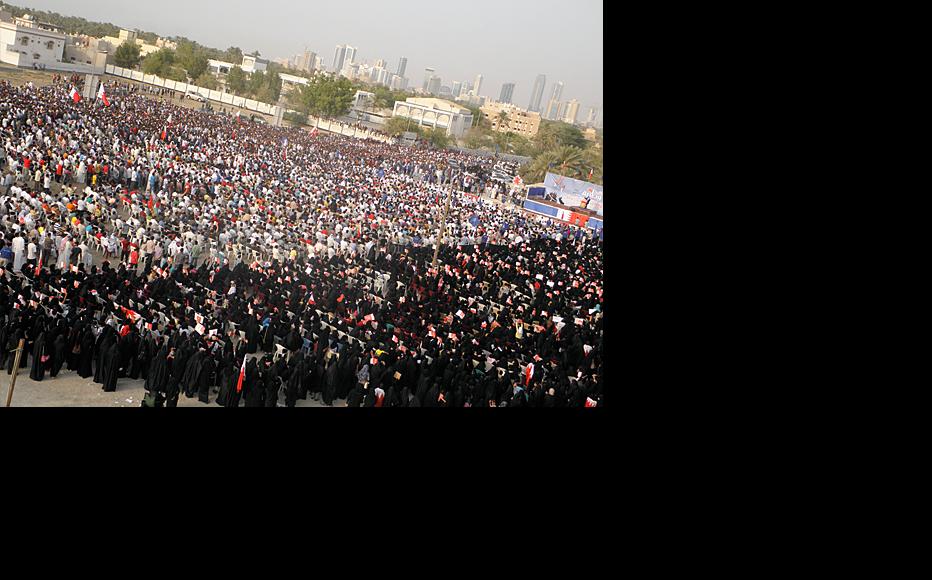 The idea of launching an independent Bahrain television station came up when a number of people, including myself, were denied a permit to broadcast from Bahrain by the authorities. So we registered the channel here and taken all the proper legal steps to set it up.

LuaLua TV is named in honour of Pearl roundabout in the centre of Manama, which was the focus for protests earlier this year.

Our TV studios are in London, self-funded, with Bahraini investors and some donations, and at the moment we have 15 employees. We want to feature news and current affairs, as well as programmes promoting democracy, unity and human rights - and government views as well - along with some popular Bahraini music and drama series.

The plan is to broadcast for six hours a day, in Arabic via the satellite service Hotbird, with the channel available all over the world but targeted particularly at Bahrain and the Gulf region.

This channel is badly needed as Bahrain state media reflects only the view of the government and is terribly biased. The public cannot trust it.

With all this in place we arranged our test launch for July 17. But in the four hours we were on air, our signal was jammed three times. We tried four more times in the following days. But each time we tried to broadcast we were constantly jammed.

The source of the interference was a mystery, until Eutelsat, the France-based hosting company, traced it to Bahrain. We assume it is the authorities.

Eutelsat have contacted ANFR, the French frequency regulatory body, to ask them to contact the Bahraini government, and even, we hope, to go as far as complain to the United Nations.

Bahrain state television right now is used for incitement and to punish those who want democracy. Protesters are portrayed as criminals , photographs of human rights activists are broadcast and they are deemed to be traitors. And sectarian divisions are heightened, with attacks on Shia scholars and even those Sunnis who are critical of the regime.

LuaLua TV could provide an alternative source of information and debate.

The authorities have accused our channel of being funded by Al-Wefaq, the main Shia opposition party. Although we share Al-Wefaq’s views, the channel isn’t funded by the party, nor do we have any formal links with them.

We do not receive funding from, Iran, either.

We feel we are being ignored by the international community, because they view Bahrain as being a friendly regime and an ally. Western governments always talk about freedom of speech - when Iran jammed BBC Persian last year, there was a huge outcry - but where is our support now, as we try to launch this channel?

Yasser Al Sayegh is a Bahraini activist in London.