Security force deployment around the country has significantly restricted the size of demonstrations – but people are determined to continue their struggle.

Security force deployment around the country has significantly restricted the size of demonstrations – but people are determined to continue their struggle. 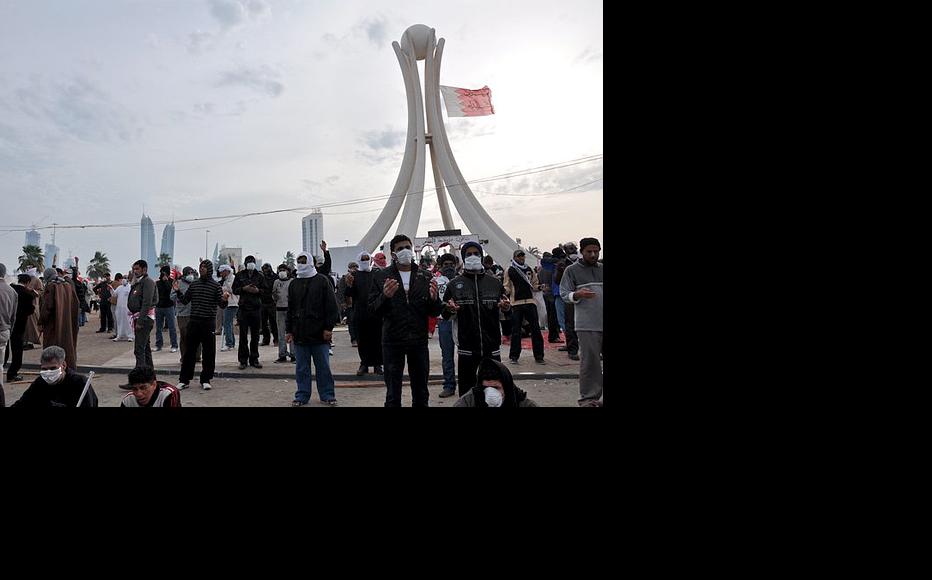 Bahraini protesters at Manama&#039;s Pearl roundabout, April 20.
The link has been copied

We feel the world and its media have forgotten about Bahrain and this is really disappointing. The violence against its citizens is definitely working – but it is not a solution.

Last week, we presented our report to the International Criminal Court, ICC, with testimonies of torture, human rights abuse and killings.

We could tell that the Bahraini government was scared by our action at the ICC. They immediately sent envoys out to lobby for their case.

We are still trying to campaign ourselves, as even if the international community sent out an investigation team, maybe that would mean the Bahraini government would reduce the torture and killing.

We set up the Bahrain Peace and Justice Movement in 1996 as a diaspora movement also working with those on the ground, campaigning for human rights and accountability.

I am originally from Bahrain, although I have been living in the United Kingdom for the last 16 years and the authorities in Manama took away my passport years ago and I have been unable to get it back.

Nonetheless, I was on a visit there when the British government warned that all its citizens should leave on March 18, so that’s what I did. Now, I hear that my picture was shown on Bahraini television this week, and I was described as a traitor, amongst other insults.

I know that I will never be able to go back. A number of my family members have been arrested, especially after we launched the ICC initiative. My nephew for instance has been in prison for two months and we have heard nothing of him – all because of my activities.

The situation is deteriorating but people are determined to carry on, even though now those protesting are in their hundreds rather than thousands.

The problem is that tanks are separating each village and each town. People are afraid to leave their houses, and in any case, how can unarmed civilians face off a huge army?

A number of Bahraini members of parliament are in prison and are being beaten and tortured. Some have been hospitalised.

I am frustrated and angry that the world seems to have forgotten us. We are just asking for our basic human rights to be respected. We are now even agreeing to accept a constitutional monarchy, to sit down and reach a compromise based on dialogue.

Maybe people have been distracted by the situation in Libya, Syria, Yemen and other places.

And it’s true that Gaddafi, for instance, is a dictator, a criminal. But Bahrain is using aggression against its own people too. And the Gulf Cooperation Council troops are helping to enforce the clampdown on protesters in Bahrain. We can’t hope to oppose them alone.

The western powers, particularly the United States, have huge influence and we need them to engage with and help the Bahraini people.

We don’t want to fall victim to the geopolitics of the US and Iran, with Washington supporting the Sunni establishment in Bahrain and Tehran backing the Shia majority. We want relations with both countries and don’t want to be caught in the middle.

We understand that Bahrain is an important ally for the US – but action from Washington could make a big difference now.

Yaser al-Sayeth is one of the founders of the Bahrain Peace and Justice Movement.