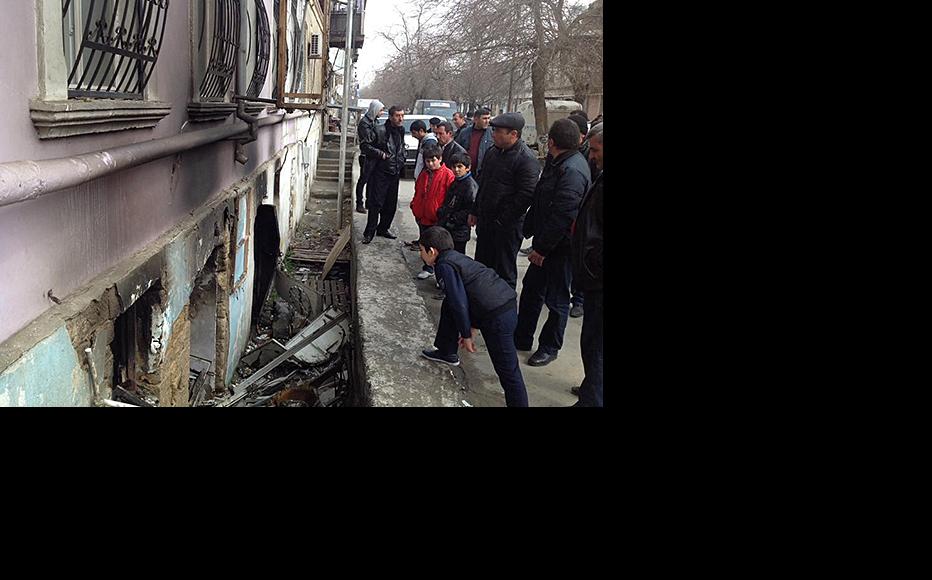 Onlookers examine the damage caused by a blast at the Azerbaijani Popular Front’s headquarters in Baku. (Photo: Afgan Mukhtarli) 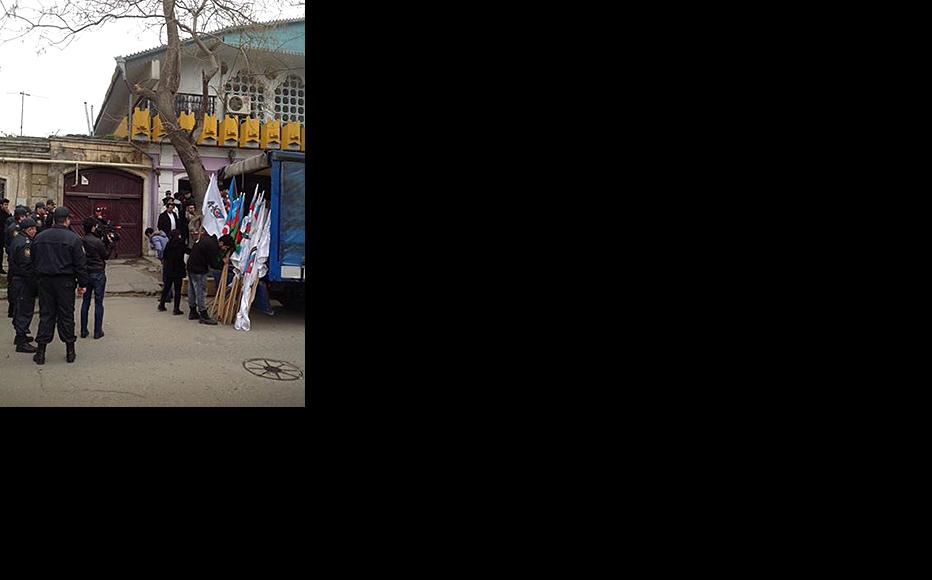 Items from the Azerbaijani Popular Front’s office are loaded into a truck. (Photo: Afgan Mukhtarli) 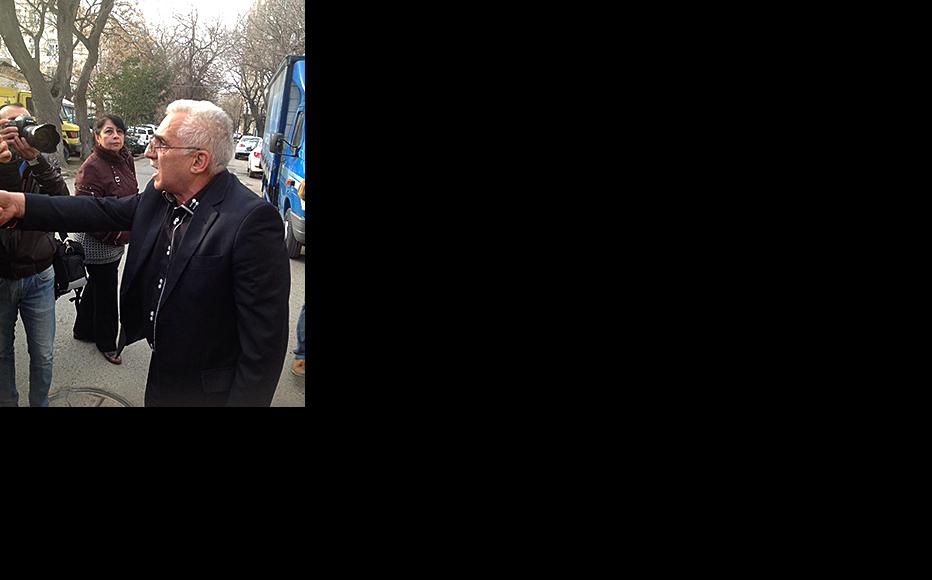 Azer Askerov, the owner of the building. (Photo: Afgan Mukhtarli)
The link has been copied

A major opposition party in Azerbaijan has blamed the government for an explosion that wrecked its headquarters on March 3. Firemen say it was caused by gas canisters stored in the basement, although other residents deny this was the case.

The authorities have started demolishing the building on the grounds that it is now unsafe.

The explosion happened at four in the morning, when the building in the capital Baku where the Popular Front of Azerbaijan had its offices was largely deserted. It destroyed the flooring of a hallway on the ground floor.

“This is another act of provocation the authorities have undertaken against the Popular Front,” party spokesman Natiq Adilov told IWPR. “Through this explosion, they want to leave us without a headquarters again.”

In the course of the previous week, Azerbaijani police arrested five Popular Front activists, including the office head, for various reasons.

“Can you really argue that these arrests don’t represent repression of the Popular Front?” asked Adilov.

Until 2006, the Popular Front had its headquarters in central Baku, but the city authorities then condemned the building, which was demolished, rebuilt and given to the national audit office.

The opposition party remained homeless until October last year, despite repeated attempts to rent an office.

Adilov recalls that every time the party approached someone to rent office space, “the building’s owners told us they’d been threatened and warned not to rent their premises to our party”.

“When we found our latest premises, we warned the owner in advance that he might get threats of this kind. But he said he’d rent to us. And we finally moved on the eve of the [presidential] elections last year,” he said.

The two party members on duty on the morning of March 3 – Nuru Nuruzade and Ruslan Nasirli – said they heard three blasts, which were followed by a fire.

When an IWPR reporter arrived on the scene later, there were two gas canisters were outside the building. One of them was intact and undamaged, the other one had burst, but the fragments were dirty and it had clearly not exploded recently.

Samir Muradov, who rents the basement, denied that he had ever kept gas canisters in it. The owner of a neighbouring storeroom, who did not want to be identified, also denied using gas canisters, and said the ones outside had only just been put there.

Siyavush Novruzov, a member of parliament from the government’s Yeni Azerbaijan party, denied that the explosion could have been anything other than an accident. He told the Trend news agency that the Popular Front was deliberately spreading lies.

The day after the explosion, Shahmar Ibadov, deputy local government chief for Baku’s Narimanov district, arrived at Popular Front headquarters and told party activists to leave because the building was no longer safe. They refused to go, despite hours of negotiations.

Elkhan Asadov, deputy head of the emergencies ministry’s department for building safety, then told journalists on the scene that the premises were unsafe and everyone should leave immediately.

Towards evening, workers began tearing down the whole building.

Its owner, Azer Askerov, who spends most of his time in Turkey, arrived just in time to see it come down. He told journalists that he had received threats because he rented space to the Popular Front.

“I was warned several times. I even recorded their voices and filmed them,” Askerov said, handing reporters a recording in which a man’s voice says, “You’ll get the same treatment as in the The Godfather. This is the mafia. They can harm you and your children. You can’t fight them on your own.”

Mehman Aliyev, head of the independent Turan news agency, was one of the first journalists on the scene and told IWPR he had no doubt that the explosion was part of a broader assault on civil society.

“It was apparent to the naked eye that the explosion was set up. I’m sure that the arrests, then the explosion, and their expulsion from their headquarters is all intended to obstruct the party’s operations,” he said. “The government is currently beiung very aggressive towards the whole of civil society, towards the media, towards companies and towards NGOs. The explosion at Popular Front headquarters is part of a general policy of impeding democratisation.”

Once the party gets round to looking for new premises, it might do worse than approach its old landowner, Azer Askerov.

“My building was blown up because of this, but there you go,” he said. “They’ve blown it up, but I’ll build a new one and I’ll rent that to the Popular Front.”

Afgan Mukhtarli is a freelance journalist in Azerbaijan.