While some say wearing Islamic headscarf is basic civil right, officials hint at nefarious stirring by Iran to make hijab into major issue.

While some say wearing Islamic headscarf is basic civil right, officials hint at nefarious stirring by Iran to make hijab into major issue. 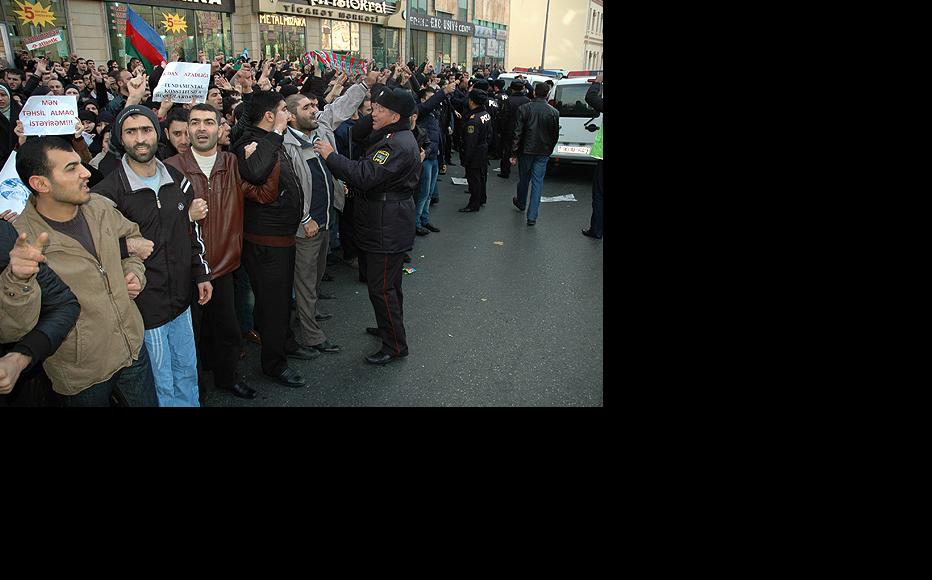 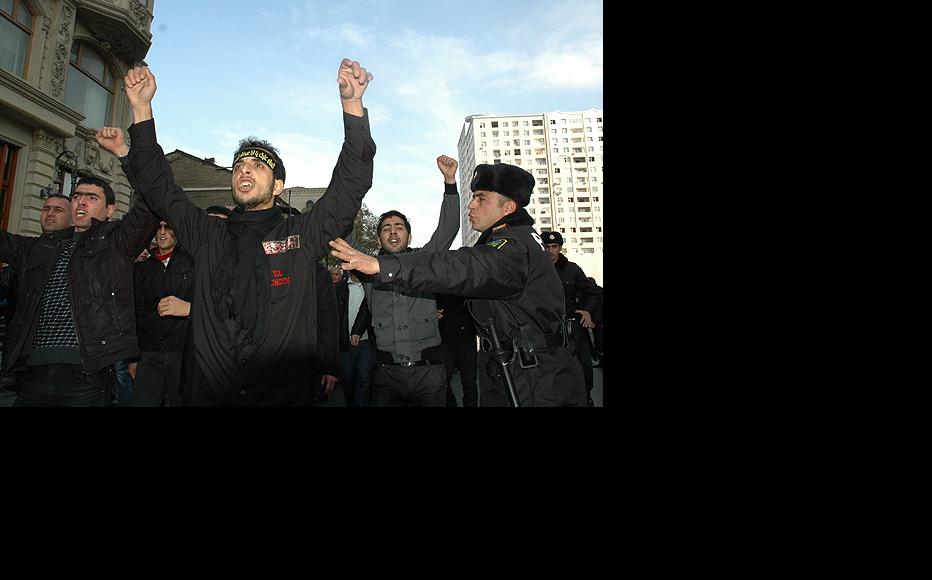 Officials suspect Iran is stirring up public anger over the hijab ban as a way of promoting its own interests. (Photo: Turkhan Kerimov)
The link has been copied

Azerbaijan’s education ministry has banned schoolgirls from wearing headscarves to class, causing outrage among the more devout in this Muslim-majority country.

On December 10, a day after Education Minister Misir Mardanov announced that headscarves must not be worn with school uniform, hundreds of parents and children staged a protest near the ministry.

One of the demonstrators, Leyla Kerimova, a 27-year-old housewife, said, “My daughter is in year one. She voluntarily wears hijab in class. All our family are believers. My daughter hasn’t been thrown out of the class yet – they’ve given her till the end of December.”

Kerimova complained that her daughter was effectively facing exclusion for no good reason.

“If the minister doesn’t change his decision, I will have to move her from a state school to a private one, although I don’t know if I’ll be able to afford it,” she said. “I want my daughter to continue her studies at her own school, with her friends. She isn’t ill, and she is no different to the other children. Why does she have to be isolated from her peers?”

Education officials said they would not backtrack on the policy, and alleged that neighbouring Iran was deliberately exploiting the hijab issue to stir up anti-government feeling.

Mardanov told journalists after the protest that he was simply upholding the law, and was not violating anone’s rights.

“The laws of the land clearly state that you have to go to school in uniform, and that all other forms of clothing are unacceptable,” he told the APA news agency.

This view was disputed by legal experts.

Alasgar Mammadli, a lawyer with the international group IREX, argued that if one person wore hijab, it did not violate anyone else’s rights. “There can therefore be no legal basis to ban the wearing of hijab,” he concluded. “Neither the constitution nor the education law contains a specific ban. A ban on hijab in the schools is thus… a breach of article 71 of the Azerbaijani constitution, which states that you cannot restrict human rights or civil rights that are guaranteed by the constitution.”

Officials countered that the relevant legal provisions were those applying to school uniform, not hijab.

“The education system has never opposed hijab,” Zamina Aliqizi, spokeswoman for the Baku city government’s education department, said. “Believers go and study unhindered at universities all over the country. But the law does ban attending school in hijab. First, there is a law clearly stating that all children must go to school in the standard uniform. And secondly, schoolchildren are minors. When they grow up, they can decide for themselves whether to wear hijab.”

This is not the first time the hijab issue has arisen in Azerbaijan. In 2007, a girl in the town of Sumgait was excluded from school for a week, but she was re-admitted after protests were held.

This time, the government seems intent on seeing the policy through. The minister, Mardanov, even suggested it was a matter of national security, and linked the hijab issue to efforts to undermine Azerbaijan from outside the country. He did not mention Iran by name, but the reference was clear enough.

“I think the protest outside the education ministry over the ban on wearing hijab was planned by specific unfriendly forces, both domestic and external,” he told APA.

Aliyar Safarli, a former ambassador in Tehran, said the Iranians were always trying working to expand their influence in Azerbaijan.

“I think the minister is right to introduce restrictions on wearing hijab in schools. Schoolchildren should not differ significantly from each other, since that will harm their education. After school, they are free to join any faith, and to wear the attributes of that faith,” he said.

“Iran is trying to use Islam to increase its influence in Azerbaijan, and does not miss a single chance to do so. I fully convinced that Iran is stirring up this problem and provoking people into going on protests about the hijab ban.”

Islamic scholars pleaded with officials to be more flexible towards people trying to observe the requirements of their faith.

Elshad Miri, an expert on Islam who runs an Islamic website called www.islam.com.az, said girls were required to wear hijab on attaining maturity, which Islamic law set at a lower age than that prescribed by the secular state.

“Believers are obliged to get an education regardless of such bans, even if it has to be at home,” he said. “The state must make concessions to these children, who are to be forced to leave the state schools for wearing hijab. Maybe they could set up a special commission to test those children who decide to continue their education at home or in private schools.”

Azerbaijan
Education
Connect with us