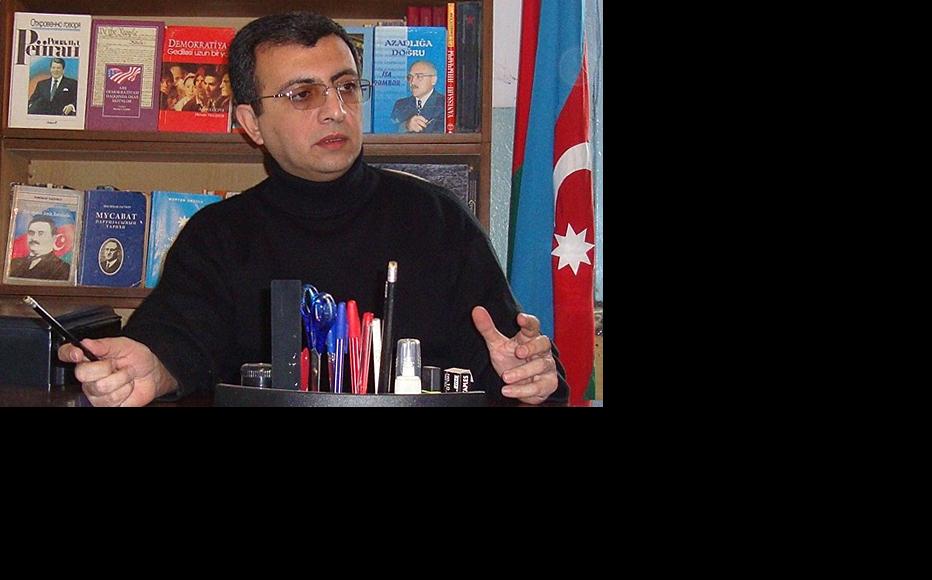 A leading opposition figure in southern Azerbaijan has been arrested on an assault charge that his allies say is a clear case of politically-motivated intimidation.

Yadigar Sadiqov was arrested at his home in Lenkoran on June 27 and charged with attacking a man called Rashid Karimov.

Sadiqov has been remanded to pre-trial detention for a two-month period. If convicted, he faces up to seven years in prison. He denies any wrongdoing. His mother Govhar said he told her the man tried, unsuccessfully, to provoke him into a fight.

“My son told me they [Sadiqov and friends] were sitting in a café when a stranger, who seemed to be drunk or on drugs, came up to them and started insulted them. They ignored him and left the café, but the individual came out with them,” she said. “They realised he was trying to provoke them, so Yadigar and his friends got into the car and drove off. It was only later that we found out the man’s name was Rashid Karimov.”

According to the police account, Karimov came into a police station on June 25 and filed an official allegation of assault, which led to Sadiqov being arrested.

Police spokesman Orhan Mansurzade said the fact that Sadiqov happened to be an adviser to Musavat party leader Isa Gambar was irrelevant to the case.

“They’re trying to link Yadigar Sadiqov’s arrest to his political activities. There is no serious foundation for that allegation. We’re talking about a criminal case opened because of a statement filed by a specific individual. I therefore I think it is inappropriate and unacceptable to tie this case to the detainee’s political activities,” Mansurzade told the Qafqaz.info website.

Sadiqov’s supporters believe his activism made him an obvious target. He has written articles for news websites critical of the government, and was an administrator of the IS TE FA (“Resign”) page, which had 200,000 members until Facebook shut it down for unexplained reasons.

“Yadigar was very active, both in real life and on social media. He organised our meetings in Lenkoran which were obstructed by local government,” Gambar said, referring to his trip to the town in January when the local authorities prevented him meeting residents and Musavat members.

“It appears that his ‘real-life’ and social media activities alarmed the government. He told me he was being followed, but we didn’t see that as unusual, since he isn’t the only person who is being followed.”

Gambar’s deputy Gulaga Aslanli told the BBC that the charges were baseless, the alleged incident was “pre-planned”, and Sadiqov was being “punished for his political activities”.

Sadiqov used to lecture in history at Lenkoran university, but finally dismissed from that post three years ago after earlier attempts to remove him failed.

“When they tried to expel him from the university in 2003, we students boycotted classes,” one of his former students Shamsi Agayev recalled. “More than 500 students signed a petition addressed to the administration. The same thing happened in 2005, but there were lots of us and they couldn’t do anything. But they still won their nasty game in 2010, by which time we’d left university.”

Asaf Iskenderov, the vice-chancellor of Lenkoran State University, refused to tell IWPR why Sadiqov had lost his job, but denied it had anything to to with his political activism.

Party officials travelling from the capital Baku for a meeting in Lenkoran on June 9 were prevented from entering the town by an angry mob.

Alimardan Aliyev, head of political affairs at Lenkoran’s municipal government, insisted that the authorities had nothing to do with the incident. Instead, he said, local residents acted of their own accord, because they were content with their local and national government.

Party activist Shahin Agayev, who was with Sadiqov at the time of the incident with Karimov, was later questioned by police for six hours.

Aytan Farhadova is a journalist in Azerbaijan. She writes for the Bizim Yol newspaper.

Azerbaijan
Opposition
Connect with us