IWPR reporter confirms that there is nothing left of the celebrated stone crosses of Jugha.

IWPR reporter confirms that there is nothing left of the celebrated stone crosses of Jugha. 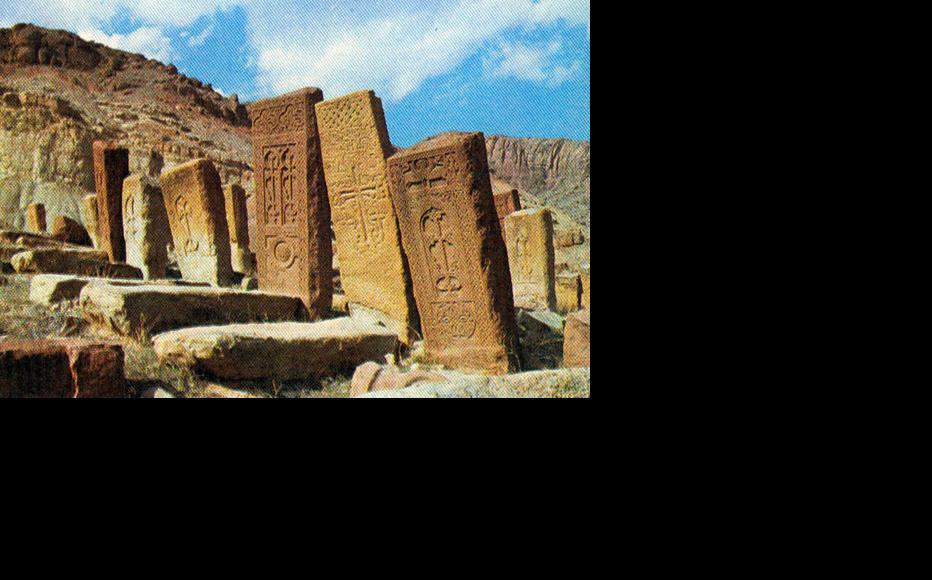 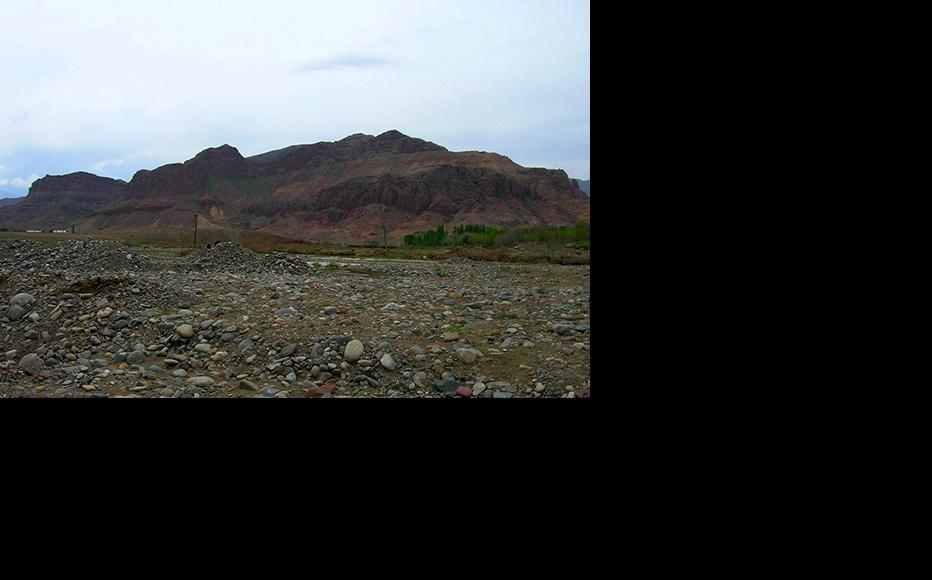 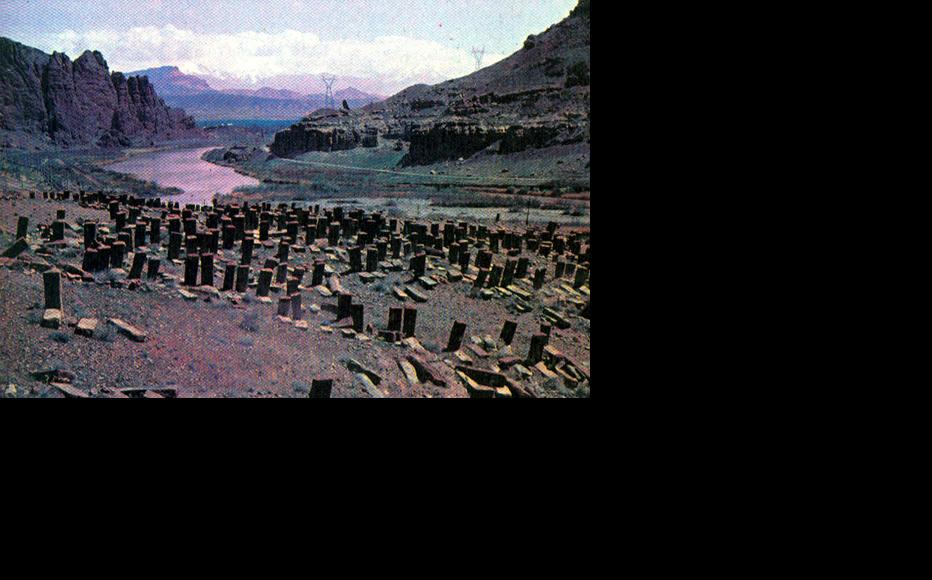 Christian cemetery of Jugha (13th-16th centuries), Azerbaijan. Photo taken in the 1970s © Argam Aivazian.
The link has been copied

It has become one of the most bitterly divisive issues in the Caucasus – but up until now no one has been able to clear up the mystery surrounding the fate of the famous medieval Christian cemetery of Jugha in Azerbaijan.

The cemetery was regarded by Armenians as the biggest and most precious repository of medieval headstones marked with crosses – the Armenians call them “khachkars” – of which more than 2,000 were still there in the late Eighties. Each elaborately carved tombstone was a masterpiece of carving.

Armenians have said that the cemetery has been razed, comparing its destruction to the demolition of two giant Buddha figures by the Taleban in Afghanistan. Azerbaijan has hit back by accusing Armenia of scaremongering, and of destroying Azerbaijani monuments on its own territory.

Now an IWPR contributor has become the first journalist to visit the site of the cemetery on Azerbaijan’s border with Iran - and has confirmed that the graveyard has completely vanished.

The European Parliament, UNESCO and Britain’s House of Lords have all taken an interest in the fate of the Jugha cemetery. A European Parliament delegation is currently visiting the South Caucasus. But so far none has been allowed to visit the site itself.

If international observers can confirm that the cemetery has been razed, it is sure to spark a new high-voltage row between the two countries, which have engaged in a bitter war of allegation and counter-allegation since fighting ended in the Nagorny Karabkah conflict in 1994.

The IWPR contributor was accompanied by two Azerbaijani security service officers and was restricted in his movements. He was unable to go right down to the River Araxes, the site of the former cemetery, as it lies in a protected border zone. However, he was able to see clearly that there was no cemetery there, merely bare ground. Nor was there, as some Armenians have claimed, a military training ground.

He did manage to see a 20th century cemetery with Armenian tombstones that lay untouched in a nearby village.

This is one of the most inaccessible parts of Europe, located in the Azerbaijani exclave of Nakhichevan, which is surrounded by Armenia and Iran and – because of the unresolved Armenian-Azerbaijani dispute - is only accessible from the rest of Azerbaijan by air.

\Old Julfa, or Jugha as it is known by the Armenians, sits on the northern bank of the River Araxes which divides Nakhichevan from Iran.

According to Armenian and other historians, Julfa was a flourishing Armenian town in the Middle Ages. But in 1604, Shah Abbas of Persia forcibly resettled the inhabitants to Isfahan, where to this day there is still an Armenian quarter known as New Julfa.

The ruined town and its cemetery remained, and were visited by a number of travellers over the years. British Orientalist Sir William Ouseley arrived in July 1812 and found “a city now in perfect decay”, and the remains of what had been one of the most famous stone bridges in the world.

He wrote, “I examined the principal remains of Julfa, where 45 Armenian families, apparently of the lowest class, constituted the entire population.

“But of its former inhabitants, the multiplicity was sufficiently evinced by the ample and crowded cemetery, situated on a bank sloping towards the river, and covered with numerous rows of upright tombstones, which when viewed at a little distance, resembled a concourse of people or rather regiments of troops drawn up in close order.”

Historian Argam Aivazian, the principal expert on the Armenian monuments of Nakhichevan, said that Jugha was a unique monument of medieval art and the largest Armenian cemetery in existence. There were unique tombstones shaped like rams, a church and the remains of a massive stone bridge. Nowhere else in the world, he said, was there such a big concentration of thousands of khachkars in one place.

Aivazian last visited the site in 1987, when it was still mostly intact, despite its poor upkeep during the Soviet period.

Artist Lusik Aguletsi, a Nakhichevan-born Armenian, also last visited the cemetery in 1987, although she was under escort.

“There is nothing like it in Armenia,” she said. “It was a thrilling sight. Two hills completely covered in khachkars. We weren’t allowed to draw or photograph them.”

“The destruction of the khachkars of Old Jugha means the destruction of an entire phenomenon in the history of humanity, because they are not only proof of the culture of the people who created them, they are also symbols that tell us about a particular cultural epoch,” said Hranush Kharatian, head of the Armenian government’s department for national and religious minorities.

“On the entire territory of Nakhichevan there existed 27,000 monasteries, churches, khachkars, tombstones and other Armenian monuments,” said Aivazian. “Today they have all been destroyed.”

Although the historical provenance of the cemetery is disputed in Azerbaijan, its cultural importance is confirmed by the 1986 Azerbaijani book “The Architecture of Ancient and Early Medieval Azerbaijan” by Davud Akhundov, which contains several photographs of the cross-stones of Jugha.

In Akhundov’s book, the stones are said to be of Caucasian Albanian origin, in line with the official theory taught in Azerbaijan that the Christian monuments there are the work not of Armenians, but of the Albanians. The Caucasian Albanians - a people unconnected with Albania – lived in the south-eastern Caucasus but their culture began to die out in the Middle Ages.

Nowadays, there is a village of some 500 inhabitants known as Gulistan near where the cemetery used to lie. The climate is harsh and dry and the houses are mostly built of wattle and daub and stones from the river. The local inhabitants are tight-lipped, denying there was ever an Armenian cemetery here.

“In some parts of Julfa there are historic Christian cemeteries, but they are monuments of Caucasian Albania and have nothing to do with Armenians,” said political scientist Zaur Ibragimli, who lives in Julfa.

He added that there is a large Armenian cemetery and church, still preserved, near the village of Salkhangaya.

Husein Shukuraliev, editor of the Julfa local newspaper Voice of Araxes said the destruction of the cemetery began as early as 1828, when Azerbaijan became part of the Russian empire. Thousands of tombstones were then destroyed at the turn of the 20th century when a railway was constructed, he said.

Safar Ashurov, a scholar with Azerbaijan’s Institute of Archaeology and Ethnography disputed that the cemetery was Armenian, calling the ram shapes an “element of exclusively Turkish Muslim grave art”.

However, two other witnesses told IWPR that there has been more recent destruction of the cemetery – though it may have started much further back than Armenians allege.

A man named Intigam who works repairing tin cans in Baku said he was posted in Julfa with the Soviet army in 1988-89. At the end of 1989, the radical Azerbaijani nationalist politician Nemat Panahov dismantled the border-posts on Nakhichevan’s border with Iran. Intigam said that part of the Julfa cemetery was destroyed at that time.

Panakhov himself declined to comment when contacted by IWPR, saying, “Journalists always deceive me, and I don’t want anything more to do with them.”

A second witness, who asked for his name not to be given, said that there were khachkar stones on the site up until 2002, but they were then removed on the orders of the Nakhichevan military command.

An Armenian architect, Arpiar Petrossian, told IWPR he visited the Iranian side of the border in 1998 with a friend in order to look at the monuments on that side. They also viewed the remains of the bridge. Looking across the river into Azerbaijan, he said, they noticed a flat-bed train apparently removing the cross-stones from the cemetery.

“Then we got the entire international community up in arms and stopped the destruction,” he told IWPR. “But in 2003 the destruction started again. Many khachkars were buried under the earth, and the rest were destroyed and thrown into the Araxes.”

In the last few months, the propaganda war over Jugha has reached a new intensity - just as the latest round of Karabakh peace talks between presidents Ilham Aliev and Robert Kocharian, held in February, ran into trouble.

Azerbaijani president Aliev angrily denied Armenian allegations about the Jugha cemetery last week, saying the claims were “a lie and a provocation”.

International institutions are now demanding to be allowed to visit the site of the cemetery. The European Parliament passed a resolution in February condemning the destruction of the cemetery.

However, Azerbaijan said it would only accept a European parliamentary delegation if it visited Armenian-controlled territory as well. Around one seventh of what is internationally recognised as Azerbaijani territory has been under Armenian control since the end of the Karabakh conflict.

“We think that if a comprehensive approach is taken to the problems that have been raised, it will be possible to study Christian monuments on the territory of Azerbaijan, including in the Nakhichevan Autonomous Republic,” said Azerbaijani foreign ministry spokesman Tahir Tagizade.

The Azerbaijani foreign ministry says old Muslim monuments have disappeared from Armenia. In a statement, it said that at least 1,587 mosques and 23 madrassas had been destroyed in what was once the Muslim-governed Yerevan Khanate - now part of Armenia. In the Zangezur and Echmiadzin areas alone, more than 830 mosques have been demolished, it said, adding that more than 500 Muslim cemeteries have been destroyed within the territory of Armenia. The statement did not specify when this destruction occurred.

Avetik Ishkhanian, president of Armenia’s Helsinki Committee, blames the international community for not reacting sooner to the razing of Jugha, contrasting the response with the outcry that followed the Taleban’s demolition of the Buddhas of Bamian in 2001.

“Why has there not been the same reaction in this case?” asked Ishkhanian. “At that time, world public attention was directed against the Taleban regime, and this act of barbarism was used as a propaganda weapon to launch military action against them.”

Reporting by Idrak Abbasov in Nakhichevan; Shahin Rzayev and Jasur Mamedov in Baku; and Seda Muradian, Narine Avetian and Karine Ter-Sahakian in Yerevan.