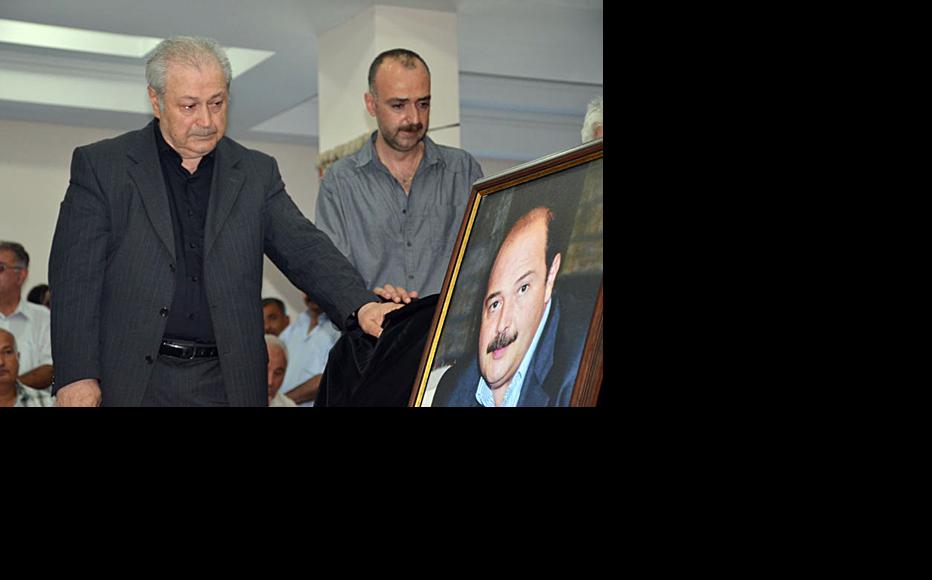 After 19 years in exile, Azerbaijan’s first post-1991 president returned to his homeland this week, after being granted immunity by Ilham Aliev, the country’s current leader - but some political observers are worried the step was arbitrary and illegal.

Ayaz Mutallibov, 73, was allowed to attend the funeral of his 49-year-old son Azad, and to stay in the country until the 40-day mourning period is over, despite outstanding criminal charges against him.

Mutallibov, who fled to Russia in 1992 amid a series of disastrous reverses in the war against Armenia, is charged with conspiring with the Soviet army in the murder of 137 civilians in Baku in 1990; disastrous inactivity during the Karabakh war; failing to relieve the siege of Khojaly; organising a terrorist attack on late president Haydar Aliev, Ilham’s father, in 1996 and more.

Rasul Jafarov, coordinator of the Human Rights Club, welcomed the humanity of Ilham Aliev’s decision to let Mutallibov enter the country, but said it was still illegal and set a worrying precedent of arbitrary law enforcement.

“The president does not have the right to give immunity to anyone. Under the constitution, immunity can be enjoyed only by the president, members of parliament and the courts. This shows once more that the charges against Mutallibov are invented and are political,” he said.

“The Azerbaijan authorities very well understand that Mutallibov no longer has the political rating that he had ten years ago. Therefore, they allowed him to return to the country under these conditions. But it would be better, if only for appearance’s sake, to have a court cancel the order for his arrest.”

Mutallibov, born in 1938, held high positions in the communist party and became head of the Soviet Republic of Azerbaijan in 1990, meaning that his signature is on the country’s declaration of independence.

Mutallibov was not admitted to the country a decade ago when his father died, nor for the elections of 2005 when he was registered as a candidate. His candidature was in fact annulled a day after his registration.

Aliev may now think that Mutallibov’s weight as a leader of the opposition and his Social Democratic Party are now so insignificant that he can treat him with kindness. Also Mutallibov never formed part of the ruling clique and has no chance of winning the support of any of the clans that currently hold power. Mutallibov also has no support from opposition groups that want democratic reform.

“It would be unwise to hope that the decision to let the ex-president into the country is a sign that Azerbaijan is going to become more liberal. The expulsion of foreign journalists, the closing of the offices of western NGOs, and other facts that [demonstrated] the lowest levels of democracy show the opposite,” said Zardusht Alizade, a political analyst at the Helsinki Citizens’ Assembly.

“And the action of the president, taking all of this into account, can be seen more as another sign that Azerbaijan lives more by customs than by the law.”

Mutallibov is currently living in his own house in the village of Mardakan on the outskirts of Baku. He is not talking to the press, and the other co-chair of the Social Democratic party, Araz Alizade, is speaking on his behalf.

“Ayaz Mutallibov could come to Azerbaijan thanks to the humanity of the president of Azerbaijan. We are grateful to Ilham Aliev for the fact that Mutallibov was granted immunity,” Alizade told journalists.

He added that Ilham Aliev’s wife Mekhriban had helped Mutallibov’s son to receive treatment in Turkey, and that they were also very grateful for that.

His son was buried in a Baku cemetery, with many politicians, opposition leaders, former communists and others in attendance. Interestingly, politicians who drove Mutallibov into exile in the 1990s are now taking the lead in asking that the charges against him be dropped.

Lala Shovket, leader of the Liberals of Azerbaijan party, issued a statement not only demanding that the charges be dropped but that a new law be adopted awarding special status to former presidents.

Other politicians, such as Isa Gambar, who took over as president when Mutallibov fled, and now heads the opposition Musavat party, and Ali Karimli, head of the Popular Front party, demanded similar things.

Mutallibov’s supporters, however, kept quiet, and have made no demands or criticisms of the government at all.

Idrak Abbasov is a journalist with Ayna newspaper. Maharram Zeynalov is a freelance journalist.

Law reform
Connect with us