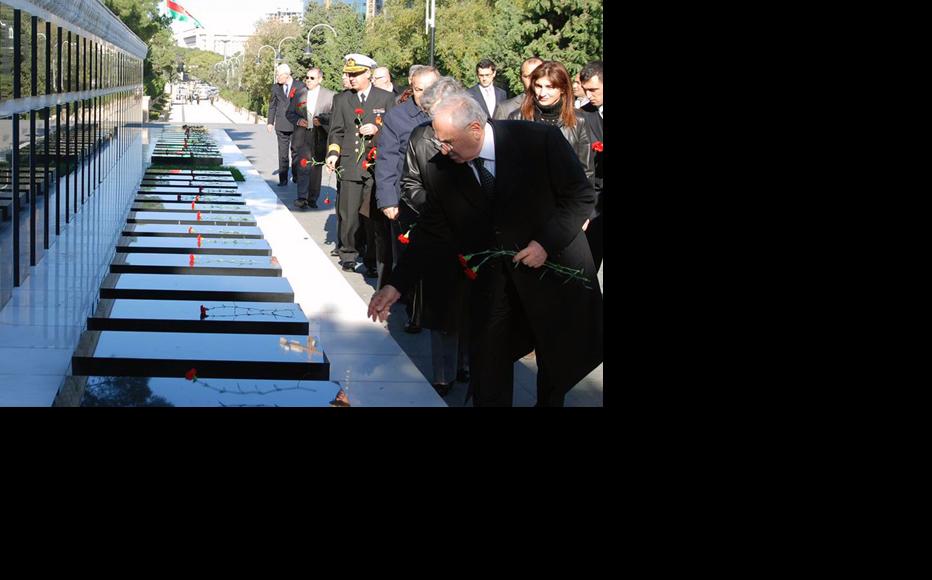 The country has so far remained reliant on weapons built to Warsaw Pact specifications, but growing purchases from NATO member Turkey are likely to accelerate the transformation of its military towards the western standards already used in Georgia.

Azerbaijan’s defence ministry is to produce handheld grenade launchers in cooperation with Turkey’s Makin Eve Kimya company. A new missile system will be manufacture in Turkey and assembled in Azerbaijan.

“I am sure that in future, defence cooperation between Azerbaijan and Turkey will grow stronger,” President Ilham Aliyev said during a meeting with Gonul.

Azerbaijan has been massively increasing its defence expenditure, spending more than a billion US dollars on defence in 2009, with plans to allocate 2.3 billion dollars next year.

The majority of arms purchases are from Russia and Ukraine, but experts say NATO states, led by Turkey, are beginning to edge their way into the market.

“The total volume of material assistance from Turkey for Azerbaijan’s defence and security sector comes to more than 200 million dollars,” said Ildirim Mammadov, director of the Centre for Military Analytical Investigations, a think tank in Baku.

Turkey is close to Azerbaijan - the two nations speak closely-related languages – and defence cooperation has been going on since the early 1990s. The Turks have been training Azerbaijani soldiers since 1997.

Mehman Karimov, chairman of the Integration to NATO group, says an Azerbaijani delegation at an exhibition in Jordan this May laid the groundwork for extensive cooperation with the United States as well as Turkey.

“To date, Azerbaijan has struggled with defence industry cooperation with NATO countries. Prior to the launch of defence cooperation with Turkey and the United States, Azerbaijan was obliged to be satisfied with the countries of the Commonwealth of Independent States, chief among them Russia and Ukraine,” Karimov said.

“I believe Turkey will continue helping Azerbaijan to move to NATO standards, develop its naval security, transforming its border guards and interior ministry forces, organise frontier security and so on. To this end, purchases of military technology from Turkey will also continue,” he said.

Uzeir Jafarov, a military journalist and a retired lieutenant-colonel, said Azerbaijan and Turkey had many areas where defence cooperation would be productive. Both, he said, “suffer from terrorism and separatism” – a reference to Turkey’s troubles with Kurdish guerrillas and Azerbaijan’s failure to regain control over Armenian-held Nagorny Karabakh.

At the same time, Jafarov noted that neither Azerbaijan’s current strategy for national security nor its defence doctrine cited Turkey as a “strategic partner”, but added that “officials believe that there are dozens of documents pointing to a strategic partnership between the two countries, and that this is sufficient”.

Mammadov warned that Russia was unlikely to sit by and watch as Turkey took over its traditional arms market in Azerbaijan.

At a meeting of defence ministers of the Commonwealth of Independent States in October, former Soviet states agreed to coordinate defence industry activities, and to set up a centre to work together on arms modernisation.

For its part, Turkey did not want its ally Azerbaijan to continue sourcing its weapons in Russia, Mammadov said.

“One senses that NATO, in the shape of Turkey, is helping free Azerbaijan from its dependence on Russian weapons,” he added.

Jasur Sumerinli is a defence columnist for the Ayna and Zerkalo newspapers in Azerbaijan.