Armenians send a team, but get a hostile reception from flag-waving crowds.

Armenians send a team, but get a hostile reception from flag-waving crowds. 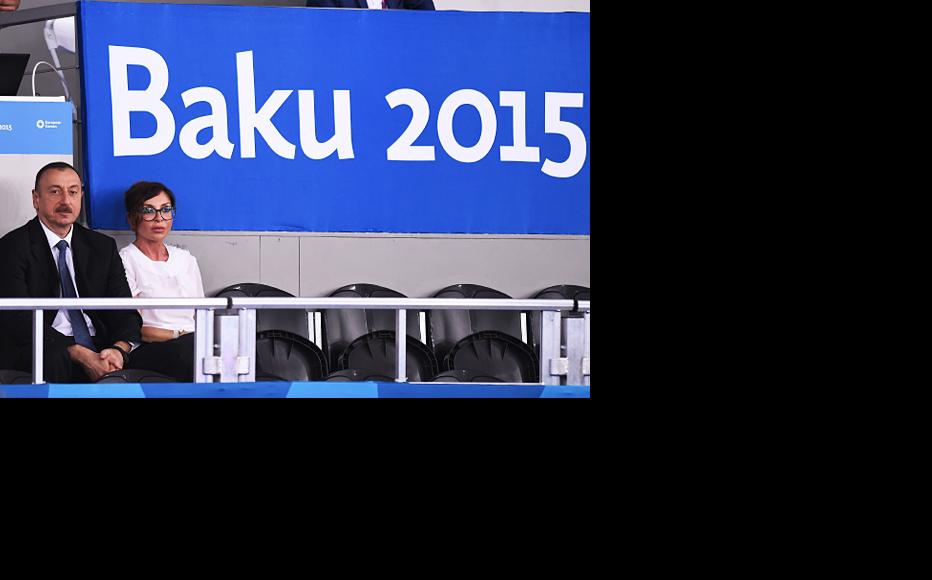 President of Azerbaijan Ilham Aliyev and First Lady Mehriban Aliyeva look on from the stands during a taekwondo event at the European Games in Baku. June 19, 2015. (Photo: Matthias Hangst/Getty Images for BEGOC) 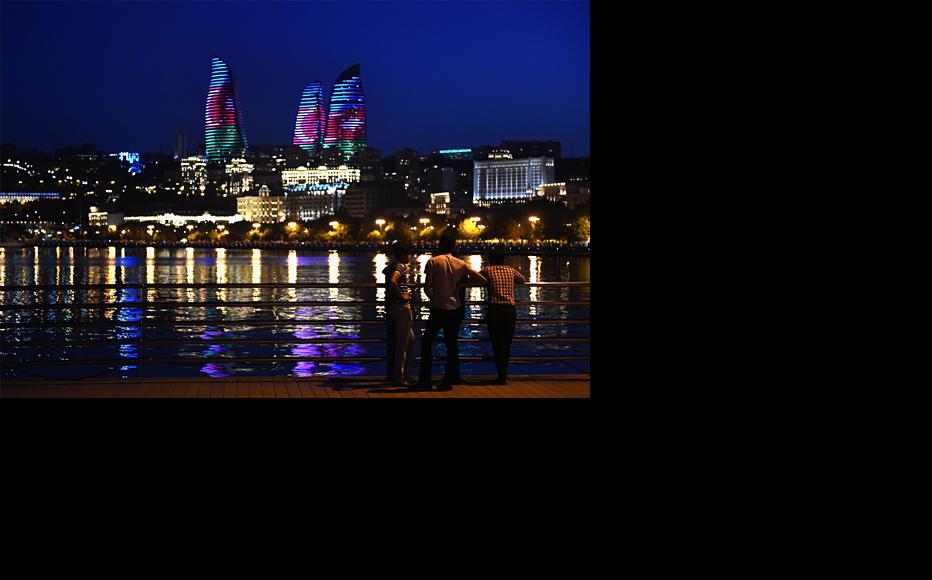 View across the water as "Flame Towers" are lit up in Baku. August 6, 2014. (Photo: Christopher Lee/Getty Images)
The link has been copied

Before the European Games were held in Baku last month, there was suspense over whether Armenia would send a team, and whether it would be welcomed by the host, Azerbaijan. The answers turned out to be yes, and no.

Initially, it was uncertain whether the Armenians would come or boycott the event. After all, Armenia and Azerbaijan have not concluded a formal peace treaty since the Nagorny Karabakh war ended in 1994. Over the years, normal human contact between these neighbouring states has grown rarer and rarer.

After lengthy deliberation and much persuasion by international sports organisations, the Armenians decided to attend and sent a squad of 25 athletes.

“We’ve decided to take part in the European Games in Baku since Armenia doesn’t plan to remain on the sidelines of sports events around the world,” the secretary of Armenia’s national Olympic committee, Hrachya Rostomyan, said. “Events like this are not the property of any one state; they belong to the international sporting community.”

Ambassador James Warlick, the American co-chair of the OSCE’s Minsk Group working to resolve the Karabakh conflict, hailed the decision as a courageous conciliatory step.

European Olympic Committees president Patrick Hickey said the decision to attend was a case of “sports winning over politics.”

AGGRESSION “IN THE AIR”

However, politics was still very much in evidence throughout the games, held on June 12-28. At the opening ceremony, the Armenian delegation was booed, and athletes said they felt the mood was hostile.

“Security was provided for us, but it was hard competing,” wrestler Mihran Harutyunyan told IWPR. “When the Armenian delegation came out into the field of the Olympic stadium in Baku, virtually the entire audience began making a noise, whistling and waving Azerbaijani flags. While I was competing, the air was thick with the aggression from the spectators. The whole stadium was against us. They were shouting and stamping their feet.”

Harutyunyan won silver, the only medal the Armenians took home. whereas the host nation won a record 56, including 21 golds. The visitors felt there was more than a little pro-Azerbaijan bias going on in the judging, since Armenians generally do well in their favourite events.

“In my case, for instance, it was obvious the judges took their decision under pressure from the stadium crowd,” Harutyunyan said.

An ethnic Armenian representing Ukraine at the games was whistled when he was awarded his silver medal by President Ilham Aliyev. The president raised his hand for silence.

There was also criticism of the TV coverage, with claims that Armenian athletes were ignored. When Armenians were head to head with Azerbaijanis, the live transmission controlled by Azerbaijani state TV went into an ad break. This created enough delay to continue showing the event, if the Azerbaijani won; or to cut away to something else if there was an Armenian success.

Dismissing this claim, Khatire Qasim, a spokesperson for state television, said producers did not have independent control as the games were being transmitted via the International Broadcasting Union.

‘We could not intervene in the process,’ Qasim said in a phone interview with IWPR. ‘Sometimes there were different separate games going on at the same time in different areas, and we were obliged to record some of them and transmit them separately later.”

Nagorny Karabakh was a recurring theme in the European Games, down to the closing event in which the ceremonial flame was carried by Ilham Zekiyev, a sportsman who is also a veteran of the Karabakh war.

The conflict ended in 1994 in a truce but no peace agreement, and negotiations to end the dispute over Karabakh’s region’s future have come to nothing over two decades. Karabakh and adjoining territories have been governed since then by an Armenian administration that claims independence, but has not been recognised. Armenia and Azerbaijan are technically still in a state of war, and their fundamentally different views on Karabakh’s future have left little common ground for discussion.

A spokesperson for BEGOC, the official games organisers, said it was only natural for Karabakh to feature.

“Karabakh, as part of our national identity, is… and in the mind of every individual in Azerbaijan,” Elnara Mamedova told IWPR. “We didn’t bring the Karabakh conflict into the games, as various international media have implied. We merely took this opportunity to recall Karabakh as part of our historical integrity.”

According to Mamedova, the choice of a war veteran to carry the flame was quite deliberate.

“We put the final flourish to the games with Karabakh. We wanted to show that we will fight for Karabakh to the last drop of blood,” she said.

Zahid Oruc, a pro-government member of parliament, insists that sports is a useful political instrument.

“This kind of sporting event is the best way for this nation to overcome the self-doubt it acquired after the Karabakh war. There is no other area that can better galvanise our national spirit," he told the Publika.az website.

IT SHOULD HAVE BEEN ABOUT SPORT

IWPR asked two commentators, one from Azerbaijan and one from Armenia, to discuss the way the games were handled and the wider political ramifications.

Arastun Orujlu, head of the Baku-based East-West Research Centre, noted that the Azerbaijani government had repeatedly accused Western states and media of politicising the games by focusing on the country’s human rights record. Yet the government itself injected a strong measure of politics into the event.

“This was noticeable in every aspect of the games, including in the awards for athletes,” Orujlu said. “Yet Baku-2015 should have been treated as a sports festival, rather than something reminiscent of battle. That’s why most European leaders did not take part in the opening ceremony of the games. But the government described that decision as pro-Armenian and an example of double standards.”

Ruben Mehrabyan, a researcher at the Armenian Centre for Political and International Studies, said that for all the massive expenditure on the games, there would be little wider legacy.

“I don’t think the European Games in Baku will have any effect on Armenian-Azerbaijani relations or on the Karabakh conflict in particular. The only achievement is perhaps that the border became fairly quiet for the duration. Nor can we say that the Baku games had a major impact on the mindsets of the societies in each country.”

Lamiya Adilgizi is a freelance reporter from Azerbaijan. Armen Karapetyan is the pseudonym of an freelance journalist in Armenia.