Extra capacity to export electricity to Iran will not make Armenia an independent player in energy markets.

Extra capacity to export electricity to Iran will not make Armenia an independent player in energy markets. 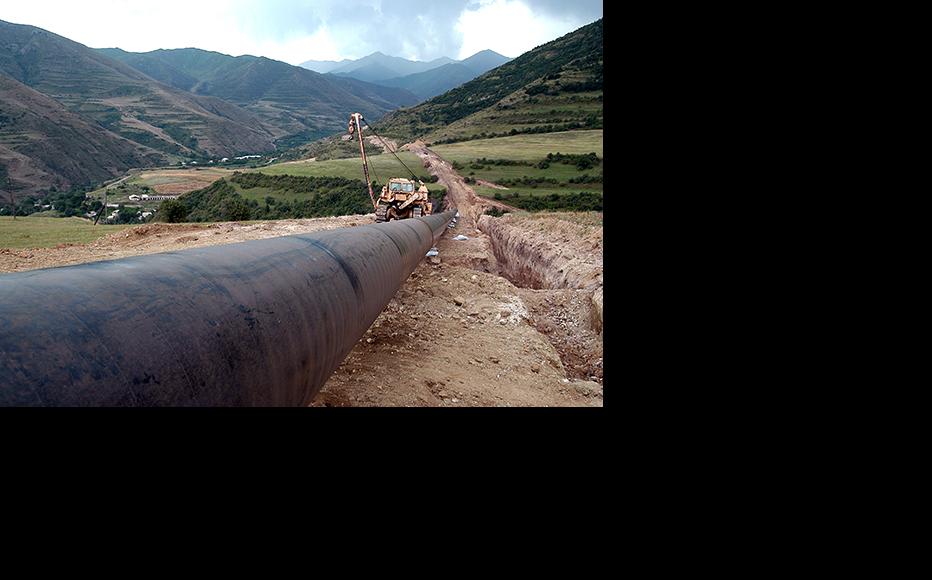 A pipeline supplying Armenia with natural gas. (Photo: Photolure)
The link has been copied

A new deal with Iran holds out the prospect that Armenia could become a regional energy hub, especially if Western sanctions on Tehran are lifted, but sceptics say Russia is unlikely to let that happen.

An agreement signed on August 9 provides for a high-voltage power line – the third of its kind – to connect Armenia with Iran. Tehran is to come up with about 90 million of the projected investment cost of 117 million US dollars.

Armenia gets most of its natural gas from Russia, and its gas and electricity networks are wholly owned by Russian firms.

Energy cooperation with Iran has always been more on a smaller scale, consisting of gas imports used to fuel Armenian power stations which in turn supply electricity back to Iran.

The new power line is intended to add to Armenia’s capacity to earn money from electricity exports.

Vardan Voskanyan, a Yerevan-based Iran expert, sees the deal as the latest sign of Tehran’s commitment to cooperation with Armenia.

“Until now, Iran has been postponing implementation of this project purely because it was short of funds due to sanctions. There’s no reason to worry that Armenia will become less important to Iran once the sanctions are lifted,” he told IWPR.

Economist Vahan Khachatryan is less sure, and fears that the Iranians will turn to more significant regional players the moment sanctions disappear.

“Of course one might argue that [if sanctions end], Iran will reinvigorate projects with Armenia that have been delayed. But on the other hand, one must recognise that if sanctions are lifted, Iran’s hands will no longer be tied, and it will be able to diversify in terms of its energy partners,” he said.

Some economists argue that whatever Tehran’s intentions are, it is Moscow’s ambitions that need to be watched.

Two major Russian firms, Gazprom and Inter RAO UES (United Energy Systems),  already control the distribution networks for domestic gas and electricity, respectively, in Armenia. In January 2014, Gazprom acquired the last 20 per cent in the Armenian gas monopoly that it did not already own.

In June 2015, Gazprom took over ownership of the pipeline section that takes Armenian gas to the Iranian border.

“Russia is entirely able to obstruct Armenian-Iranian energy cooperation if it feels this goes against its interest,” said Khachatryan. “This new [power line] project may go the same way as the Armenia-Iran gas pipeline. While it was still under construction, the pipeline’s diameter was radically reduced, thus depriving Armenia of opportunities to become a transit route for [Iranian] gas. Russia had a hand in that. And then the whole infrastructure was handed over to Gazprom.”

Gazprom has now obtained rights to use the planned power line for exporting electricity. The company owns part of the Razdan gas-fired power station, and an August 18 agreement gives it preferential access to the power line, allowing it to sell its electricity to Iran.

Economist Artak Manukyan sees this as one more way for Russia to exert control over Armenia’s energy options, even including its modest electricity sales to Iran.

“It will also strengthen Russia’s political position in Armenia, and foil any expansion in Iranian influence,” he added.

“It’s irrelevant whether it’s a Russian, an Iranian or a Georgian company that does the exporting,” Isayan said at a recent press conference. “Gazprom is simply acquiring an option to access networks and use some of their capacity to find customers for the… electricity generated at the Razdan power station.”