Recent amendments have been canceled for ''technical reasons''.

Recent amendments have been canceled for ''technical reasons''. 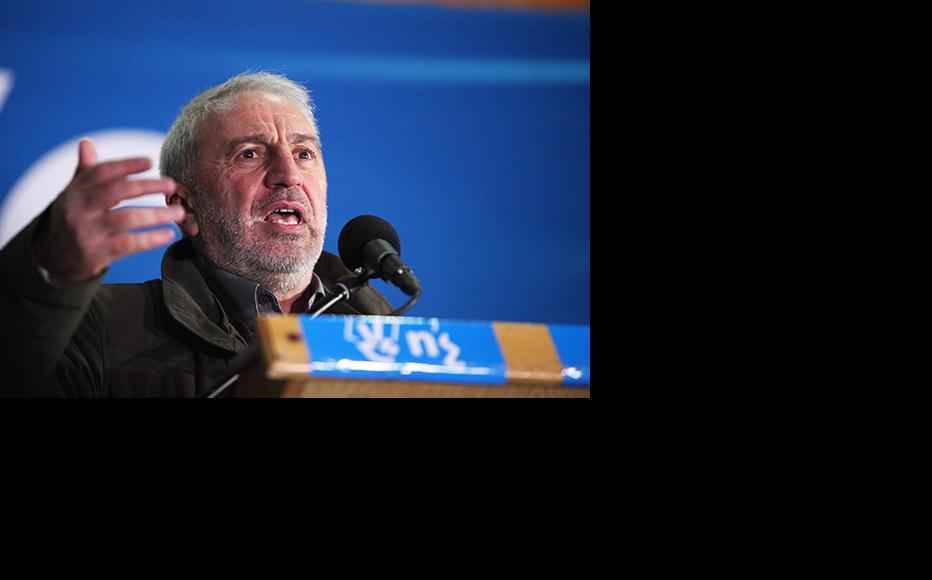 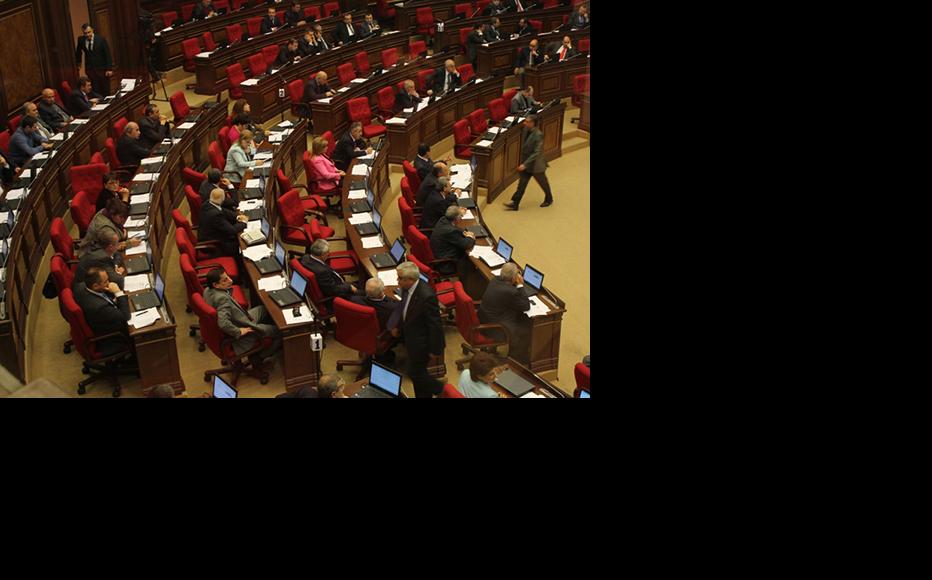 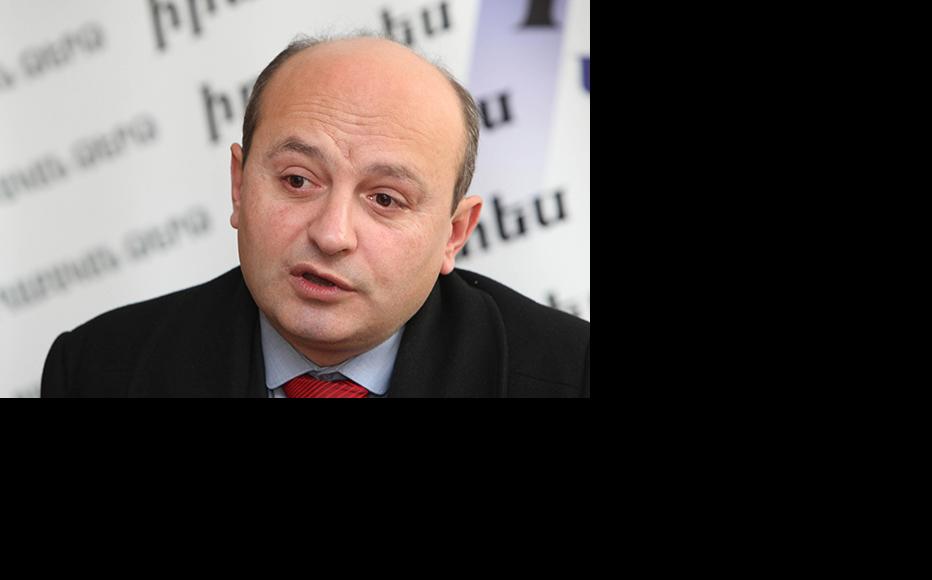 Styopa Safaryan, head of AIISA. (Photo: Photolure Agency)
The link has been copied

The revisions, approved by the National Assembly in late May and again amended a month later, were designed to prevent election fraud.

Local elections on September 18 and October 2 would have been the testing ground for the new legislation ahead of parliamentary polls next spring.

But the changes were annulled on August 29 due to “technical reasons”.

One of the amended code’s provisions was the creation of a biometric voter registry to avoid multiple voting. The government said that there had not been enough time to put this registry in place.

Aram Manukyan, a lawmaker from the opposition Armenian National Congress, told IWPR that this was “not a serious explanation”.

The timescale could have been considered earlier in the year, or a different company chosen to carry out the project in the available time, he continued.

“This is a very irresponsible attitude towards the adopted law,” Manukyan said, arguing that the government had realised that the new rules could have had catastrophic consequences for them.

“It could have eliminated the possibility of falsifying elections, which, of course, scared them,” he concluded.

Armenia adopted a new constitution last December, which required a new electoral code.  Next year’s polls will mark the country´s transition from a semi-presidential form of governance to a parliamentary republic.

In the upcoming local elections, about 650 out of 915 communities in Armenia will choose new leaders and municipal council members.  Elections will also be held in the country’s second largest cities of Gyumri and Vanadzor.

These elections were also seen as a litmus test for Armenia´s political parties to gauge voters´ leanings.

This has become even more important following the July political crisis when a group of armed men seized control of a police station in Yerevan.  The standoff ended two weeks later amid a crackdown by the police on several hundred demonstrators who had sided with the gunmen, and the arrest of dozens of people.

Styopa Safaryan, the founder and head of the Armenian Institute of International and Security Affairs (AIISA), said that Armenia’s political forces were isolated from the electorate and no longer able to affect the public mood.

“When the constitutional changes were adopted, the opposition, as a part of the political system, was too passive and only demanded to keep the old constitution, and that was it. After recent developments [the July crisis], too, no agenda was drawn up by any political force,” he told IWPR.

“The aftermath of the July crisis showed that political parties need to act in a more flexible manner and more thoughtfully [in the future] by adopting a multi-vector strategy,” he added.

Safaryan said the ruling Republican party, which is headed by President Serzh Sargsyan and holds a majority of seats in parliament, will have no alternative in the future but to form a coalition.

“The Republican Party will need to form a government that will consist of reformist and ideologically savvy people, as well as to come to terms with other parties,” Safaryan said.

Whether the ruling party is prepared to do that and form a government of national consensus, as mooted by Sargsyan as a possibility in a speech last month, will have to be seen.

After the unexpected resignation of Prime Minister Hovik Abrahamyan on September 8, the Republican party nominated former Yerevan mayor Karen Karapetyan to be the next head of government.

The new electoral code was approved by a special session of parliament on May 25 and ratified by Sargsyan three days later.

But the opposition in parliament believed additional changes were needed to make elections more transparent.  To accommodate their demands, the Republican party and four major opposition groups jointly worked on amendments that were passed on June 30.

The opposition claimed that international donor organisations, including the European Union, were willing to help Armenia´s political parties find 16 million euros by September 1 to create the fingerprint registration system.

Before the parliamentary election next year, all citizens with a right to vote will have to pre-register in the passport departments of the police, leave their finger imprints and get a new identification card.

There were also plans to install video cameras in all polling stations and provide live coverage of the voting process.

Under the electoral code passed in May, the president will be elected by parliament rather than by the public. The next parliament will no longer automatically have 131 deputies, but depending on the distribution of votes may have as few as 101.

The number of constituencies in Armenia will be reduced from 41 to 13.  Four of them will be located in Yerevan and nine in the regions.

Parliamentary elections will be held on the basis of proportionate representation as opposed to today´s simple majority system.

Independent lawmaker Edmon Marukyan, who voted against the code, told IWPR said the new electoral system was much worse than the current one.

“Under the new system, political parties will put forward only 15 candidates in [each of the] 13 constituencies. Candidates from the Republican party with their administrative resources, business circles and so on will use all of this to their advantage and sideline the opposition,” he explained.

“It may be that the procedure itself may appear to be very ´just´, but under unequal conditions.  Yes, there may be fraud on election day, or not.  But the administrative resource will work for a specific party,” Marukyan concluded.

Another amendment that has upset civil society is that the number of observers and reporters at a polling station cannot exceed 15 people.  In the past, there were no such restrictions.

Avetik Ishkhanyan, the chairman of the Helsinki Committee of Armenia, said that the cancellation of the amendments to the new code showed that the ruling elite saw these changes as a threat.

“I believe you do not need millions to hold fair elections, but in our country, where electoral fraud has become part of the culture, in which all well-known political players had some share in since the 1990s, changes in the law or a new electoral code cannot become a guarantor for honest elections,” he said.

The process simply aimed to win the approval of the international community, on which Armenia is financially dependent, Ishkhanyan continued.

Meanwhile, the authorities have announced that they are prepared to negotiate with civil society and other political forces to find a consensus before the parliamentary elections.

In turn, the opposition has said it expects to be “compensated” for the annulled amendments.

“We demand assurances from the authorities that the day after the parliamentary elections in 2017, all the lists with signatures by all those voters who have participated in the election will be published,” Manukyan said.

This will give the opposition an opportunity to compare the actual number of votes with the election results announced by the Central Election Commission, he explained.

Any local discrepancies would mean opposition would demand election results be annulled in that location.