Impoverished citizens vote with their feet and seek new lives in Russia.

Impoverished citizens vote with their feet and seek new lives in Russia. 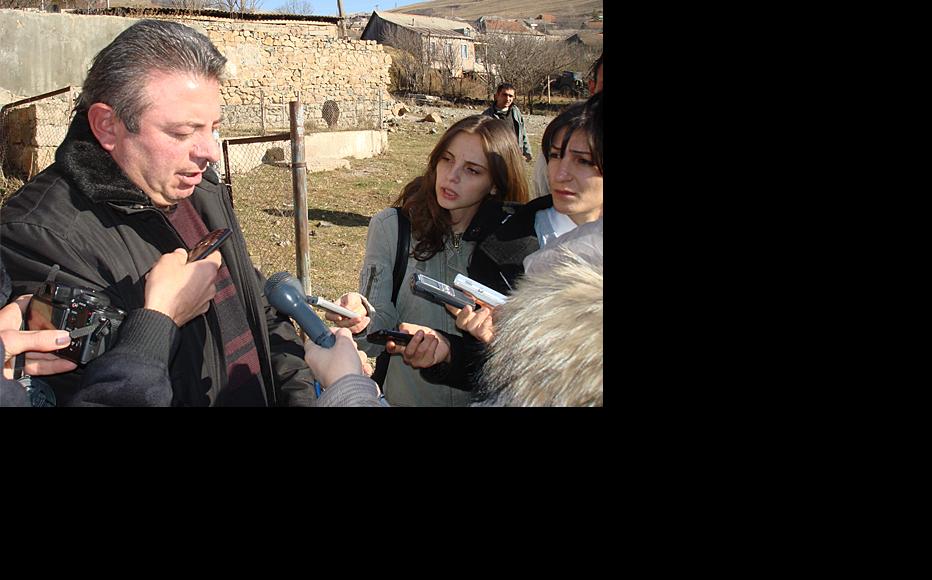 Karo Karapetyan has resisted the idea of leaving Armenia ever since it became independent in 1991, but now he has decided that his family cannot go on under the current economic circumstances.

A resident of the village of Yeghegnut, about 50 kilometres from the capital Yerevan, Karapetyan survived the energy shortages and the Nagorny Karabakh conflict of the early Nineties, but insists things are now worse than before.

“We got through the cold, dark years and the war somehow, and we produced 11 children for this country,” he said. “Now it just isn’t possible. If we go abroad we’ll at least be able to earn a crust of bread. We’ll be able to get by even if just one or two family members are in work, whereas here the whole family works and we don’t benefit from it.”

Karapetyan, who lives in the village of Yeghegnut, about 50km from Yerevan, is among many Armenians considering leaving the country. He has applied for a scheme in Russia that encourages immigration, called Compatriots.

The Moscow-backed programme was launched five years ago to sponsor Russian-speakers from other former Soviet republics to come and boost the population in less well-developed parts of the country. It is a response to Russia’s demographic downturn, the result of low birth rates and poor life expectancy.

Over 800 people from Armenia have taken advantage of the scheme so far, but observers say that is just a fraction of the number of unofficial emigrants, which they say runs into the tens of thousands. More than 120,000 people have left the country since the start of 2008, a high figure for a country with only 3.25 million inhabitants.

Armenian intellectuals have sent an open letter to the prime minister and the speaker of parliament to raise the alarm.

“An extremely serious demographic situation is developing. Emigration from Armenia is growing into an economic and national catastrophe,” the letter said. “The main reason is not just destitution, but also problems caused by the system of government and the ensuing decline in morale.”.

Aram Manukyan, of the opposition Armenian National Congress, said in June that 250,000 people had left since the beginning of 2008.

Officials deny the situation is as serious as the letter suggests, although they acknowledge that over 26,000 people have registered an interest in Russia’s Compatriots programme.

The signatories of the open letter said representatives of the programme were targeting Armenians, creating a real risk that villages would empty and the labour force would disappear.

“The emissaries go round the villages handing out forms,” Karine Danielyan, a green activist who heads the Stable Human Development group. “This kind of operation is unacceptable in an independent country. These processes may leave our country in a terrible demographic position.”

Alexander Kandev, deputy head of the Russian migration service’s mission in Yerevan, said the Compatriots scheme was not designed to undermine Armenia, merely to offer people the chance of a better life.

“People who want to leave will do so anyway, whether they’re forbidden to do so or not,” he added.

Gagik Yeganyan, head of Armenia’s migration service, noted that since only 800 or so people had actually left under the scheme, the Russian incentives might not be generous enough. He confirmed, however, that two-thirds of Armenians who emigrate from the country go to Russia, with ten per cent heading for the European Union and the same to the United States.

Yeganyan said there was a risk of over-estimating the number of people leaving for good, since those who returned were not always counted.

“Every emigrant is a traveller, but not every traveller is an emigrant,” he said. “We need to conduct a special study to identify the numbers who are leaving for ever.”

Yeganyan said annual net emigration reached 220,000 in the difficult years after independence, falling to about 60,000 in the second half of the Nineties. There was actually net immigration between 2003 and 2006, he added.

Emigration levels are highest in rural areas close to Armenia’s external frontiers. The village of Getik, on the eastern border with Azerbaijan, is typical.

Village government chief Ashot Dallakyan says population numbers are falling year by year, and about 30 of the 150 houses there now stand empty.

“The roads are bad, and businessmen won’t invest since they think that the frontier zone is risky,” local resident said Araik Saribekyan. “I would like to say something positive, but…there isn’t anything positive to say.”

Saribekyan continued, “We spend the whole year feeding up a couple of calves so as to slaughter them and buy some shoes and some pasta. Wouldn’t it be better just to leave?”

The authors of the open letter were hoping to prompt a provoke a parliamentary debate on emigration, and encourage the government to design policies to make people stay in Armenia.

Parliamentary speaker Hovik Abrahamyan responded by promising that legislators would work with government to find solutions.

“I don’t think it will be possible to resolve this all at once, but we can improve the situation. The reasons are rooted in society, so we need to improve social conditions and create jobs,” Abrahamyan said.

Gayane Mkrtchyan is a correspondent for ArmeniaNow.

Armenia
Migrants
Connect with us