The short sighted use of resources has caused a widespread drop in strategic freshwater reserves.

The short sighted use of resources has caused a widespread drop in strategic freshwater reserves. 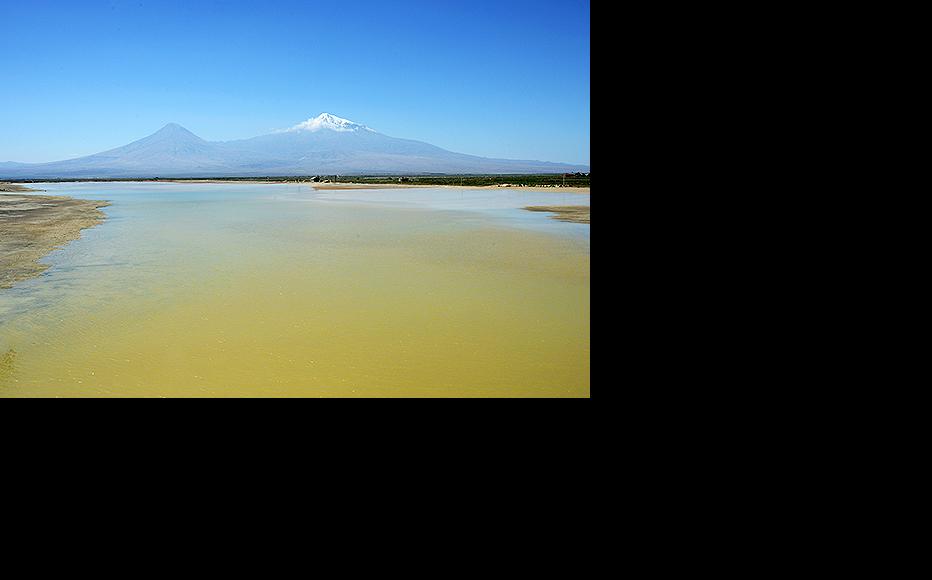 View of Mount Ararat from one of the valley's fish farms. (Photo: Photolure) 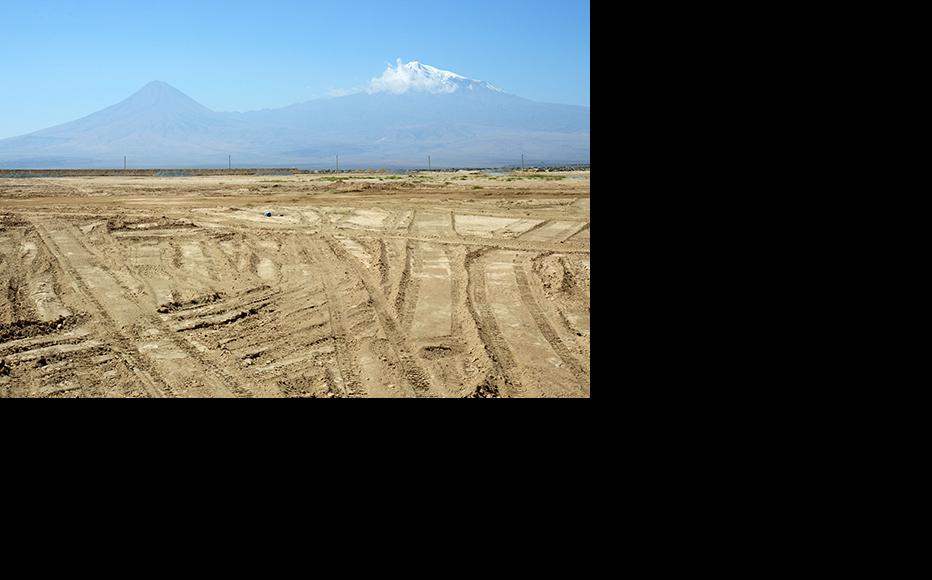 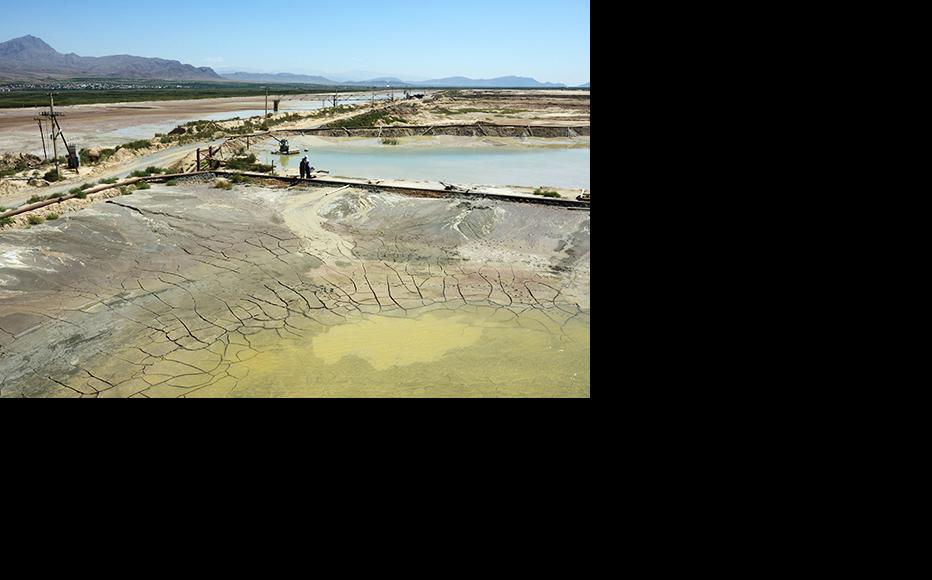 A fish farm that has been forced to end operations. (Photo: Photolure) 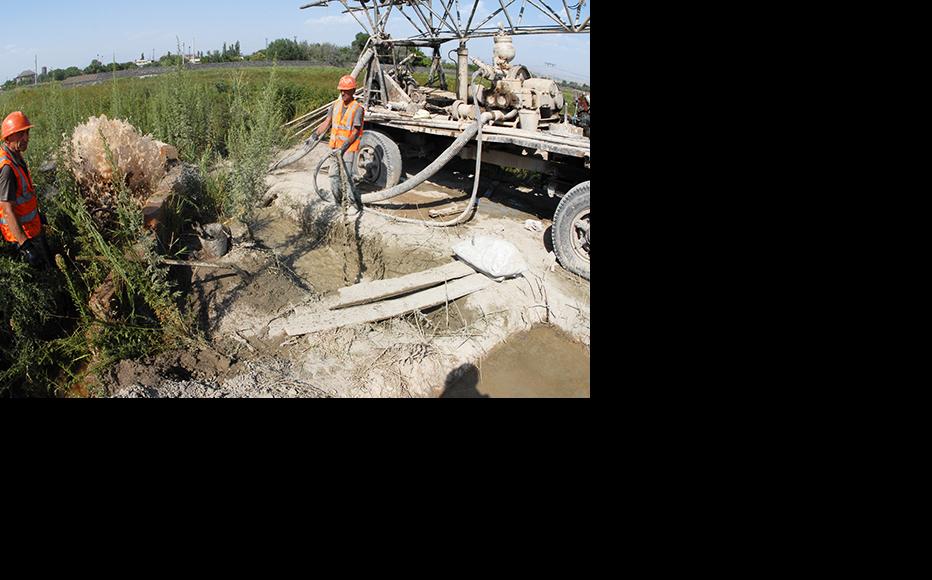 A well in a fish farm in the village of Sayat-Nova in the Ararat region. (Photo: Photolure)
The link has been copied

Armenian environmentalists have warned that a boom in the fish-farming industry in the Ararat valley is drying up essential water sources in local communities.

The valley, which stretches for 90 km along the Armenian-Turkish border in the south-west, is Armenia´s most important agricultural region.

Although its artesian basin provides over 60 per cent of the country´s underground water, the local area is at risk of desertification.

Experts say that fish farming in the 6,600 kilometres square valley has exacerbated falling groundwater levels, with more than 30 communities in the valley facing water shortages.

Aram, a farmer who asked to remain anonymous, lives in the village of Mrgavet in the Ararat region. He said that the groundwater level on his plot of land has dropped by around 40 cm each year.  He has to regularly deepen his well to ensure there is enough water to irrigate his land.

This year, Aram had to excavate the well by half a metre.

“The fact that we have no water is the fault of the fish farmers,” Aram said, explaining that previously it had been enough to dig down one metre for water to appear.

“Now, one can reach it only at a depth of 14 metres,” he said, meaning that residents were forced to use electric pumps.

Not so long ago, he continued, the groundwater was only 10 cm below the earth´s surface. Villagers had to ask the workers at the irrigation service to cut off the water supply to avoid their gardens being swamped.

“The water flooded basements and washed away all the [stores of] jars and potatoes.  Back then, we dreamed about the water decreasing.  Now we dream about having water,” Aram continued.

Many of his neighbours have stopped growing vegetables.  One could not afford to deepen his well while another decided to just let his source of water dry up.

“People are doomed to starvation, if there is no water.  But who thinks about us,” Aram said.  “Around us are fish farms, which have pumped all the groundwater.”

Fish farming in the Ararat Valley began in the Soviet era, but on a much smaller scale.

“At that time, the fish-farming industry was well balanced with the local market demand and did not present any danger for the environment, since it mainly used the natural outlets of artesian aquifers and did not exceed the self-recovery potential of the underground water resource,“ the United States Agency for International Development (USAID) said in an assessment published earlier this year.

Many were built close to each other, with little regard for the environmental impact or medium and long-term market demand.

“The drilling of artesian wells took place without any control or supervision by respective public agencies,” the USAID study noted.  This resulted in “widespread and careless wastage of strategic freshwater reserves in violation of basic principles for safe usage of underground water resources”.

USAID cited research by the Clean Energy and Water Programme (CEWP), according to which the annual consumption of artesian water by fisheries in Ararat Valley totaled 1,493 million cubic metres. The self-recovery potential of the artesian aquifer is only 1,226.2 million cubic metres per year.

All this has led to a decrease in natural soil moisture.  In the Masis region, for example, cracks have appeared in residential houses due to falling groundwater levels.

The artesian basin also provides drinking water and irrigation to the surrounding cities of Armavir, Etchmiadzin, Artashat and Ararat.

Ecologist Ashot Khoyetsyan told IWPR that the Ararat valley, which is around 850 metres above sea level, is now considered to be semi-desert terrain.

In addition, rainfall has decreased because of global climate change. According to the Armenian meteorological service, the average annual temperature has risen by 1.3 degrees and humidity has decreased by 10 to 12 per cent over the past 20 years.

“This is the formula for desertification,” Khoyetsyan said, noting that more and more areas had been affected.

The Ararat valley´s primary problem is falling groundwater, but this has in turn led to the formation of 30,000 hectares of secondary salt marshes.  Armenia is not in a position to desalinate these areas.

“The soil erosion is rapidly developing in the Ararat Valley and covers about 10 per cent of the territory.  This is a huge figure for the Ararat valley, which is also the sole ´breadwinner´ of the country,” Khoyetsyan said.

Another problem is the lack of a proper development strategy for the fish-farming sector. This has led to significant overproduction and a decline in revenues.

Armenia currently produces about 14,000 tonnes of fish per year, of which 20 per cent are exported to the countries of the Commonwealth of Independent States (CIS), according to the ministry of agriculture.

Hovik Aghinyan, chief hydrogeologist at the state Hydrogeological Monitoring Centre, said that a short-sighted use of resources has caused a widespread drop in water levels throughout the Ararat´s artesian basin.

The ministry of nature protection had closed many deserted and illegally dug wells, but these were mostly small ones, Khoyetsyan said.

In 2014 and 2015, the ministry of nature protection sealed 50 deep water wells, while 40 were conserved and another 225 blocked up.  According to official figures, these measures helped save 1.32 billion cubic metres of water.

However, the USAID study cited a much smaller number of wells that had been sealed – only eight in 2015.

“Although this is a very good initiative, the rate at which illegal or abandoned wells are sealed is not comparable with the scope of the problem,” the report said.

In total, there are around 560 abandoned wells in different parts of the valley, of which 100 have significant capacity, according to the USAID report.

Khoyetsyan added that after the closure of the abandoned wells, groundwater levels rose in the communities around Masis, Sis, Hovtashat, Dashtavan and Zorak.

“It is necessary to change the irrigation system, review the use of natural resources: but the methods of land use remain the same,” he added

Garnik Petrosyan, deputy minister of agriculture, also told IWPR that the situation in the Ararat valley needed to be addressed through the effective use of water resources, drip irrigation systems and the introduction of new technologies.

“We are testing varieties of wheat, barley and legumes for the purpose of cultivation, if necessary,” Petrosyan said.

In February USAID announced the launch of the Advanced Science and Partnerships for Integrated Resource Development Project (ASPIRED), a three-year initiative designed to curb the rate of groundwater abstraction in the Ararat valley.

Its focus is on improving technical capacities and increasing access to water conservation and energy efficiency technologies.  ASPIRED will survey the wells and springs in the Ararat artesian basin and install an automated control system to monitor groundwater abstraction in ten selected fisheries.

“We do not know to what extent our German partners will agree to fund this programme, but some amount of support will be provided, that can already be said with confidence,” Grigoryan told journalists.

Gohar Stepanyan is a reporter for Newspress.am.

Armenia
Water
Connect with us