Experts say that serious investment and rebranding efforts are key to recovery.

Experts say that serious investment and rebranding efforts are key to recovery. 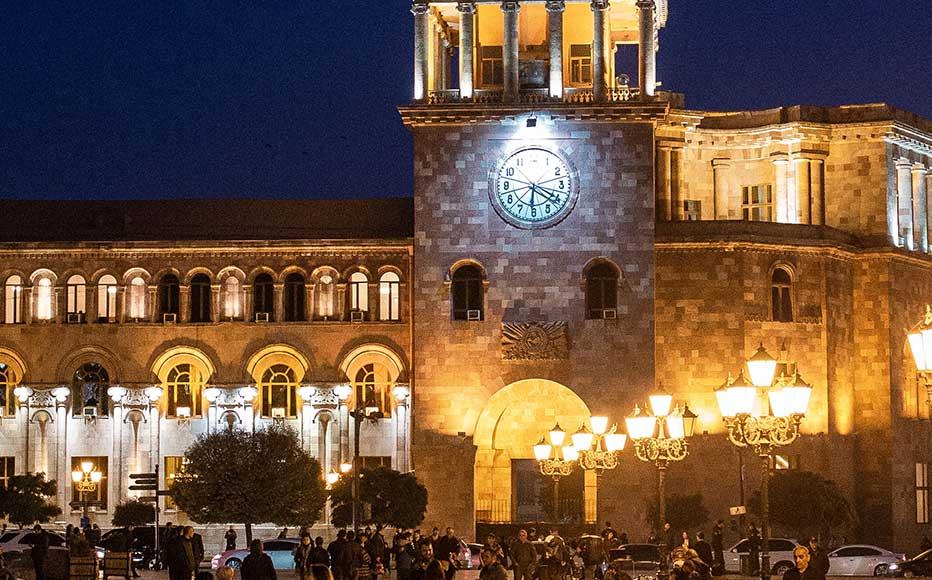 Many popular tourist destinations like the city of Yerevan were badly affected by the war and the pandemic. © Maja Hitij/Getty Images
The link has been copied

Vahagn Hambardzumyan, a master potter living in the town of Sisian in Armenia, wistfully recalls the golden era of tourism just before the Covid-19 pandemic struck.

“Tourists arrived literally every day,” he said. “We held master classes for them and treated them with Armenian dishes. Visitors would come from as far as America, China, and Japan.”

Business had been booming, he continued.

“We received big orders - and suddenly everything stopped. In the summer of 2020, there was some progress, we had a couple of tourists a month, but then the war in September finally stopped everything,” Hambardzumyan said.

Whilst the pandemic has hit tourism across the world, the Karabakh war has had an additional impact for travellers to Armenia. Sisian is 150 kilometres from Yerevan, in the southern Syunik province. After hostilities in Karabakh ended on November 9, 2020, some border territories, including those adjacent to Syunik, were handed over to Azerbaijan. Locals say that this dealt the final blow to tourism in these areas.

“The flow of tourists initially stopped with Covid-19 but after the war all reservations were cancelled, and none of them were restored. Only small groups from within Armenia visit us now,” Hambardzumyan said.

The village of Tatev, which used to be one of the most popular destinations in the country and whose residents relied on the tourist industry, was also hit hard.

“Last summer, when Covid-19 restrictions were loosened, there was a little movement again, but the war paralysed everything,” said Norayr Grigoryan, a hotelier in Tatev. “Eight months later, there is little progress. People come and stay overnight, mostly Russians. As soon as people learn that the situation has stabilised, they immediately come. If we estimate the situation by the money left by tourists, with such a poor flow, very little is left for the villagers.”

In 2020, tourism was one of the areas worst affected by the war and pandemic, with visitor numbers declining by 85 per cent. According to the National Statistics Committee of Armenia, only 85,000 tourists visited Armenia in the first quarter of 2021, mostly from Russia, Georgia, Iran and the US. This marked a huge decrease from the previous year.

“I must say that the numbers are not particularly favourable: we had 86,524 overseas tourists, which is 72 per cent less than in the same period last year,” said Anush Babayan, deputy director of the department for international cooperation at the Tourism Committee of Armenia. “There were about 307,000 visitors in the first quarter of last year. In March, when the [coronavirus] restrictions were introduced, the flow of tourists stopped.”

Hambardzumyan says that although travel with many countries has opened, the fact that various embassies continued to urge their citizens not to travel to Armenia, especially to the south, has complicated the situation.

“They have defined Syunik as a zone of military operations,” he continued. “These statements have consequences - the flow of tourists has decreased. The statements even affect Armenian citizens, although not a single shot was fired here, nothing of the kind. The roads are open, people are free to travel, it is safe to come. I will not give up my plans, I will soon start building my own hotel.”

Tourism Federation chairman Mekhak Apresyan said that it was still possible to revive the industry.

“Everything must be done so that the relevant agencies of the countries do not include Armenia in the list of countries not recommended for travel,” he said.

“It is necessary to carry out information campaigns in the international markets, carry out institutional reforms in order to ensure that we are removed from the lists of dangerous or ‘red’ countries, and to actively market the region.”

Babayan said that the prospects for improvement were encouraging.

“Based on the data of the second quarter, further growth is expected,” she said. “We believe that not only will [Russia, Georgia, Iran and the US] contribute to that growth, but other countries will become more active as well.”

But Zarmine Zeytuntsyan, former head of the State Tourism Committee and now a lecturer at the American University of Armenia, said that her country’s image had been so seriously harmed by the war that a highly dynamic approach was now needed.

“A serious marketing policy and new branding is essential,” she continued. “We can position ourselves in the world as a small country with immense cultural and historical heritage, but we cannot rely on enthusiasm alone. Will and investments are needed at the state level. Average marketing investment per tourist is four US dollars globally, but in Armenia this amount was 17 cents in 2017. This is a huge problem.”

The Tourism Federation, which is planning to double the number of inbound tourist trips in 2021-24, is looking for inward investment.

Apresyan noted that the 1.9 million tourists who visited in 2019 had added some 1.5 billion dollars to the GDP.

“And this, according to the roughest estimates, means that about 300 million dollars went to the budget in revenue,”  she continued. ““What prevents us from providing at least one to two per cent of this amount for the development of the tourism sector? This is not expenditure, but an investment. It will have a multiplier effect.”