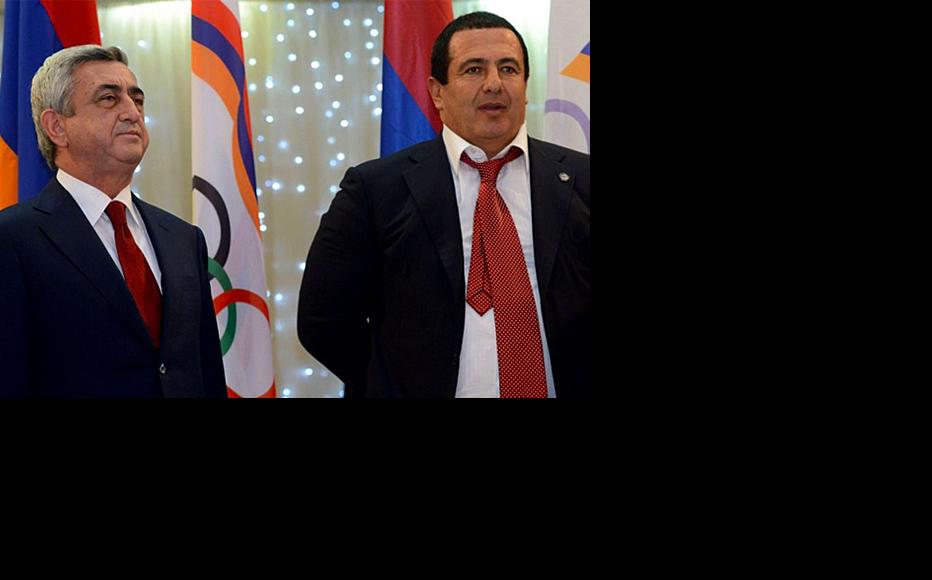 After calling for protests to bring down President Serzh Sargsyan, Armenia's leading opposition party has backed down and says it will work towards consensus instead. The Prosperous Armenia party’s abrupt change of plan has created a rift in the three-member opposition bloc, and experts say the credibility of mainstream politics has been undermined.

Prosperous Armenia, the biggest parliamentary opposition party, called for a “nationwide rally” against the ruling coalition to take place on February 20, signalling an end to any kind of working relationship with the ruling administration.

Its relations with President Sargsyan’s administration and the governing Republican Party were already near breaking-point after an attack on one of its senior figures earlier in the month. Prosperous Armenia accused the authorities of complicity in the February 7 abduction and beating of Artak Khachatryan, a member of its governing council.

On February 12, President Sargsyan launched a personal attack on Prosperous Armenia’s leader Gagik Tsarukyan. Addressing a Republican Party meeting, he described Tsarukyan as “an evil for our country” and a “pseudo-politician”.

Sargsyan ordered the prime minister to oversee an investigation into allegations that Tsarukyan owed massive amounts in unpaid taxes, and the same day he stripped the politician of his seat on Armenia’s National Security Council. He also proposed depriving him of his parliamentary seat, a move which would remove his immunity from prosecution.

Tsarukyan hit back the next day with a speech calling for mass rallies to press for the president’s resignation.

“I am calling for a general mobilisation [for protests] with the single aim of getting Serzh Sargsyan to resign by all legal political means – continuing rallies, marches and acts of civil disobedience – in order to rid ourselves of the evil that the authorities have become,” he said.

Tsarukyan said the reason he was under fire was because he would not bow to a planned constitutional reform that would shift powers from president to parliament. After consultations and a draft set of constitutional amendments, Sargsyan is expected to decide early this year whether to move forward to a referendum.

The proposed change might seem a desirable way of creating greater democratic accountability, but opposition parties see it as a plot to give Sargsyan a hold on power once his term as president expires in 2018. This is his second term, the last he is entitled to. The suspicion is that with his Republican Party dominating the legislature, he could get himself elected speaker of a body armed with more power than before; or else control things in the more back-seat role of party chairman.

Tsarukyan said he had been offered various inducements to back the reform, including the post of president. “It was on condition that I wouldn’t obstruct the recycling of the [same] powers that be. I categorically refused, and that’s why this [verbal] attack happened.”

Despite being in coalition with Sargsyan’s Republicans until 2012, Prosperous Armenia joined forces with the opposition Armenian National Congress and the Heritage Party last year to form the Nationwide Movement, known informally as the “troika”. The other two parties signed up to plans to hold the first mass protest on February 20.

The political confrontation now escalated rapidly. Insults were traded publicly, and police raided premises owned by supporters of Tsarukyan, and around 30 Prosperous Armenia members were detained.

As parliament embarked on the process of depriving Tsarukyan of his seat, five legislators withdrew from Prosperous Armenia’s parliamentary faction, clearly feeling the strain.

As tensions peaked, reports emerged that a mediator had appeared on the scene, in the shape of billionaire businessman Samvel Karapetyan, a Russian national of Armenian extraction. Karapetyan’s company refused to confirm or deny the story.

Some analysts suspected the Kremlin had asked him to step in to resolve the dispute in Russia’s closest ally in the South Caucasus.

“I believe Samvel Karapetyan has close ties to the Russian political and business elite. Seen that way, his arrival in Yerevan looks like Moscow’s attempt to intervene in this internecine political conflict and to reconcile the sides,” political analyst Stepan Danielyan said.

Another peacemaker appeared, the Dashnakstutyun party, which engineered a face-to-face meeting between Sargsyan and Tsarukyan. Dashnakstutyun normally opposes the government but is supportive of the planned constitutional reform.

“We are very pleased that the meeting happened, and that contact was made and the ice broken,” Armen Rustamyan, who leads the party in parliament.

Vahram Baghdasaryan, the Republican’s parliamentary head, struck a note of caution, telling RFE/RL radio that the meeting only resulted in a temporary truce.

After a weeklong stand-off between the two political heavyweights, it was Tsarukyan who gave way. His party called off the rally, and he declared that “we must not fight one another, but rather carry on working and find and implement solutions to problems calmly and without recriminations”.

He said that the way things were going, “it’s easy to envisage what this will lead to in a week or two. No one will win, least of all our society.”

Tsarukyan’s sudden about-face left the opposition troika in danger of collapse. While the Armenian National Congress expressed understanding for his decision, the Heritage Party threatened to leave.

Alexander Iskandaryan, director of the Caucasus Institute in Yerevan, argues that Tsarukyan retreated after gambling and losing.

“Tsarukyan was responding to the public appetite for fast solutions to complex political problems, for example through revolution or regime change,” Iskandaryan said. “He suffered defeat because he is a priori unable to meet that demand,”

Iskandaryan argues that Tsarukyan has backed down before, for example when he decided not to run against Sargsyan in the last presidential election. As Armenia’s wealthiest businessman, Tsarukyan may fear that his assets are vulnerable to confiscation or takeover by the state.

Looking at the broader political scene, Iskandaryan regrets the absence of a genuine, committed opposition.

“The authorities have set about liquidating the opposition, and it’s worked,” he said. “That’s having a deleterious effect on the political system. Politics is shifting away from the political arena to towards public discourse and Facebook, becoming more radical along the way and turning into endless discussions about regime change.”

This trend could have dangerous consequences, Iskandaryan said.

“In the absence of a serious political force to articulate it, public dissatisfaction may eventually become so heated that everything blows up into what one might call a “Maidan” [Kiev-style uprising], in other words the collapse of the political system,” he said.

Armenia
Opposition
Connect with us