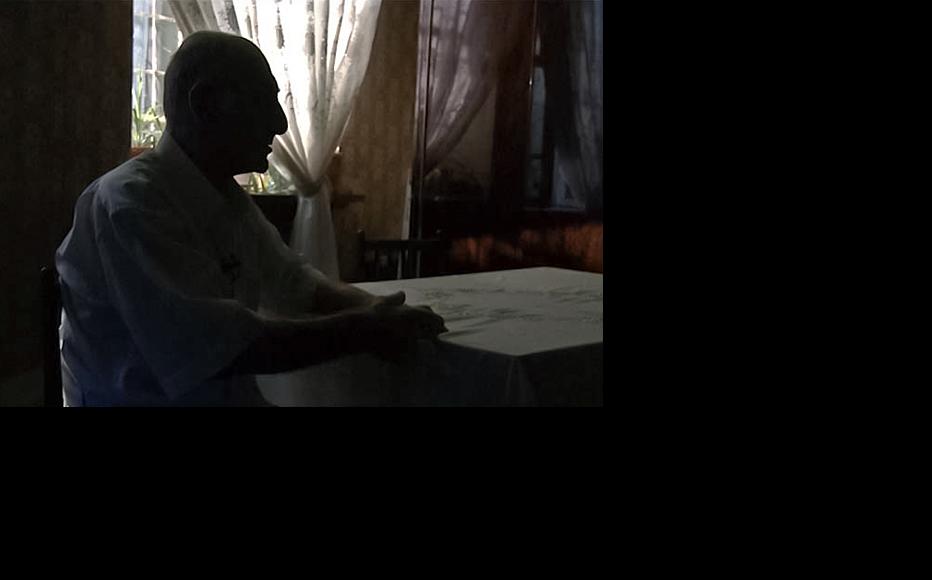 Rafik, who spent nine years as a captive working on a farm in Russia. (Photo: Vahan Ishkhanyan) 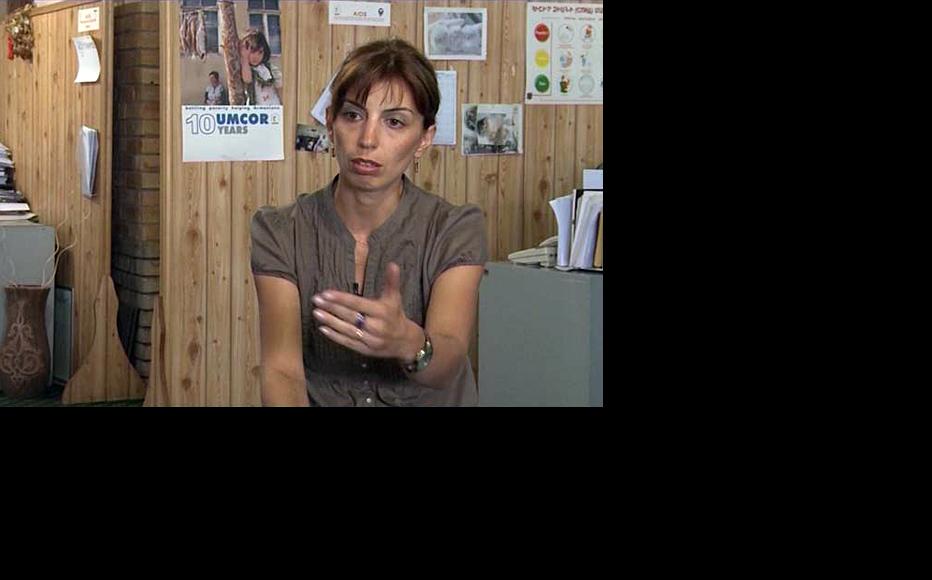 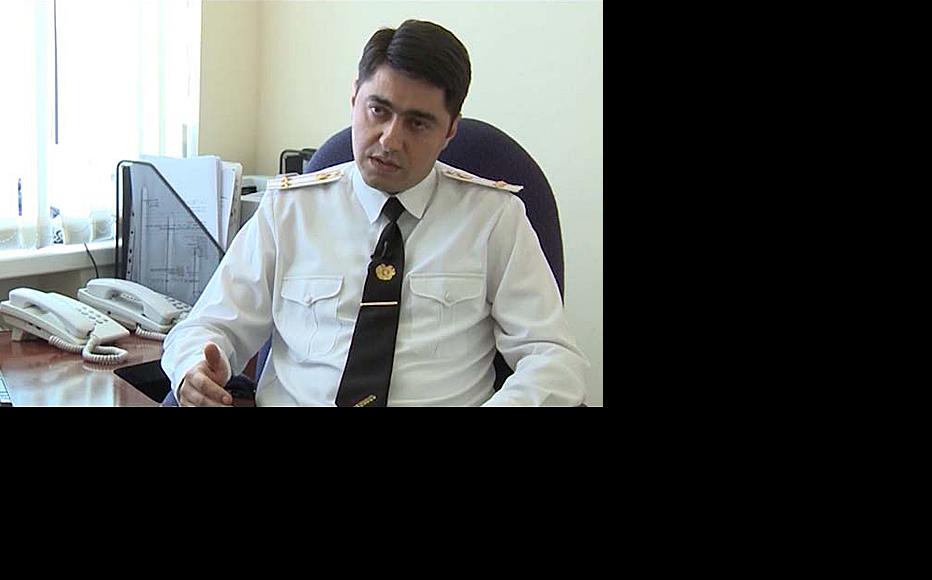 Rafik looks closer to 80 than his real age, 55, because the nine years he spent in virtual slavery in Russia ruined his health.

By the time he returned to his home in the Armenian capital Yerevan four years ago, his wife had given him up for dead.

Rafik’s case is only one of many examples of migrant workers exploited as captive slave labour abroad. While he was entrapped while in RUssia, others are lured from Armenia on the false pretence of a job offer.

Hundreds of thousands of people from across the Caucasus and Central Asia go abroad as seasonal labour to earn money that they could never make within their own countries’ depressed economies. In the case of Armenia, over 90 per cent of labour migration is to Russia, according to one study.

This massive population movement has its dark side – women are vulnerable to being entrapped in the sex trade, while slave labour, often involving men, is a less widely reported problem.

Rafik first went to Russia with a team of others promised work on a building site. But the work dried up within days, and he set off in search of another job.

In December 1999, he ended up in the village of Bogdashkino in a remote part of the Russian region of Tatarstan, where he was trapped by his “employers” and made to work 15- or 16-hour days in potato and cereal fields.

“Our foreman Grisha Alexanyan took our passports and said he’d open bank accounts in our names. He didn’t return them, so we were stuck in slavery with no passports,” Rafik recalled. “They’d ship us out [to work] in the morning and bring us back in the evening. We lived in a cowshed…. Three of us lived there, two men and a woman.”

He was given a subsistence allowance of 100 roubles, under four US dollars, a day, but was clearly a captive.

“They said we were prisoners and constantly humiliated us. They didn’t regard us as human. We were out in the fields at dawn and forced to work all night, too,” he said. “Anyone who refused was beaten. Sometimes they made people work harder than they were able to, and if anyone complained, they were beaten.

“We couldn’t escape. They’d taken away our passports, so where could we go? And there were overseers there, so we couldn’t go off anywhere. Even when we went to the toilet, they followed us and only allowed us to stay a couple of minutes.”

While confined on the farm, Rafik suffered a stroke and was taken to hospital. But after 15 days, the farm staff collected him and took him back.

“I told Grisha that I wanted to go home, and that if I dropped dead it would be on his conscience. But he replied that people like me didn’t die, and took me back to Bogdashkino, where I started work again,” he said.

Rafik gained his release in 2008, when his health became so poor that he could no longer work.

He had no cash, but on the road he ran into some fellow-Armenians, who collected enough money to get him to Moscow, where his brother lived. Before he got to see him, he had another stroke and ended up in hospital, from where he was able to call him.

His brother was then able to inform the family back in Yerevan that Rafik was still alive, and the Armenian embassy in Moscow helped arrange his return since he had no documents.

“I’d given up hope, particularly in the last two or three years,” his wife recalled. “I didn’t think he was the kind of man who’d be an uncaring father. I believed he would have thought about his family and would have phoned. Since he wasn’t doing that, I thought he must have died.”

Back home, Rafik had a leg amputated because of gangrene, and suffered a third stroke.

His return to Armenia and subsequent treatment was paid for by UMCOR, one of two local organisations that help the victims of trafficking.

Shortly after discovering her father was still alive, Rafik’s daughter spotted an UMCOR poster on the Yerevan underground, contacted the group, and it secured his return within a month.

The head of UMCOR’s trafficking programme, Victoria Avakova, said, “When he returned to his family, it was clear he had endured very difficult conditions abroad, and had done work that was extremely tough and unsustainable for someone his age. This resulted in his health deteriorating.”

Avakova said the trafficking of people for forced labour followed a well-worn path.

“The trafficker buys them a ticket, which they’re told will be taken out of their wages. Their documents are taken away for ‘registration’, and the victims never see them again. They are promised well-paid work, on a building site in a town – generally Moscow,” she said.

“Then it turns out that they’ve been taken to some distant village, some tiny place isolated from the outside world, and made to… do intolerable amounts of work. They are held in bad conditions and poorly fed. As a result, they suffer psychological damage and health problems.”

Public awareness of the global scale of human trafficking has grown since the United Nations adopted a protocol on the prevention and punishment of the trade in 2000. Armenia signed up to the agreement in 2003, and under national laws, those engaged in human trafficking face between five and 15 years in prison.

While several dozen cases of trafficking women for sexual purposes have been launched since then, only four have been brought for alleged forced labour, all since 2008.

Rafik’s ordeal is not among them. Tigran Petrosyan, former chief of the police’s human trafficking department, said prosecutors took no action because the victim gave them differing accounts of his experiences.

He said that since Armenia changed its legislation eight years ago, a great deal had been achieved, but “there are still areas that require work”.

“There’s been a widely held view on the part of the state that the commonest form of trafficking involved sexual exploitation, and a lot has been done on this,” he explained. “Then it became time to tackle forced labour.”

In its annual assessment of global trafficking, the US State Department said last year that Armenia did not meet the highest standards of enforcement, but was making significant efforts to comply with them.

Of more than 100 victims of trafficking that UMCOR has assisted since it was set up in 2004, six involved forced labour – one in Ukraine and the rest in Russia.

The real number of Armenian nationals who fall victim to forced labour is likely to be much higher, but the concealed nature of the problem makes even a rough estimate impossible.

As Petrosyan said, “Not many people realise that what’s happened to them is exploitation and trafficking, so few of them agree to cooperate with the police to help solve the crime. That’s probably the main reason why there haven’t been many criminal cases involving forced labour.”

Another problem facing Armenia’s police force, Petrosyan said, was that while cooperation with their Russian counterparts worked well, the victims often waited until returning home before lodging a complaint, by which time the evidence was likely to be long gone.

“Most of the people who go [abroad] don’t know their rights. Even if they do, they see no other options as they haven’t found others way to earn money so they want to try abroad, particularly in Russia,” Ovsanna Babayan of the OSCE office in Yerevan.

With over a decade’s experience working on migration issues for more than a decade, Babayan said, “Our experience shows that the number of… cases of forced labour is rising.”

Rafik believes plenty of others like him remain in the part of Russia where he spent nine years.

“There are many prisoners in the villages of Tatarstan,” he said.

Vahan Ishkhanyan is a freelance journalist in Armenia.

(Correction: The acronym for the migrant assistance NGO is UMCOR, not AMKOR as originally given.)