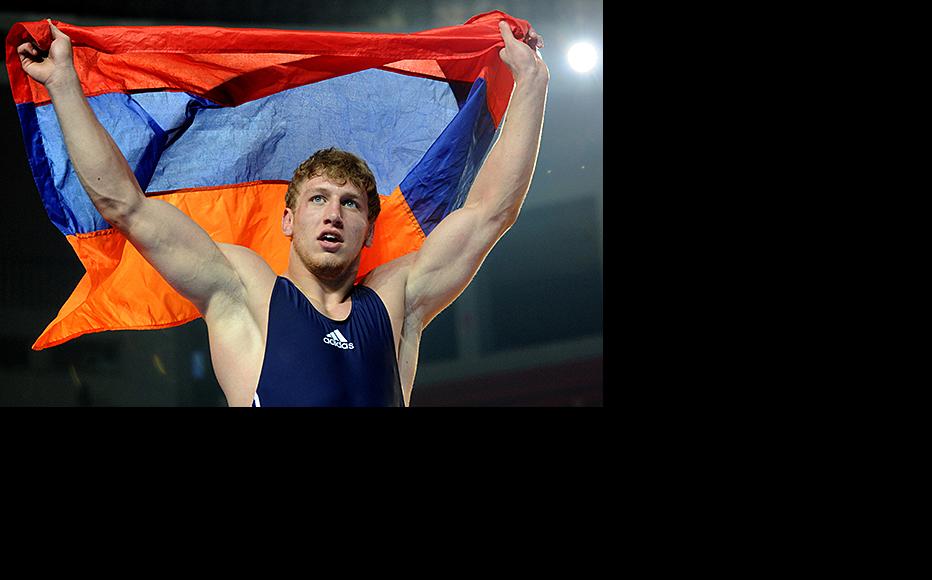 Artur Alexanyan, the champion wrestler allegedly assaulted in the incident. (Photo: Photolure agency)
The link has been copied

Armenian journalists fear that a dangerous precedent has been set by a court ruling that two publications must reveal the sources behind stories in which a regional police chief was accused of assault.

In May, the ilur.am web site and the Hraparak newspaper reported that Vardan Nadaryan, chief of police in the Shirak region, attacked two young men in an incident outside the regional capital Gyumri.

The men he allegedly assaulted turned out to be Olympic bronze medallist wrestler Artur Alexanyan and his brother Rafael.

On June 26, a Yerevan court ruled that the newspaper had to satisfy a request from the Special Investigative Service (SIS) to reveal the source of the information, as part of a probe into whether Nadaryan had abused his powers. The SIS said it had found no evidence that the clash had actually taken place, and thus wanted the information held by the media outlets.

Susan Simonyan, the Hraparak article’s author, told IWPR that her editors refused to reveal the information when the SIS first asked for it, arguing they had a legal right to withhold sources.

The SIS cited another section of the law, however, which states that a court can force journalists to reveal their sources if they relate to particularly serious crimes.

Judges have never used this section of the country’s media law before, and journalists are worried their decision to invoke it could set a precedent.

“The residents of Gyumri are scared to talk about fights or other such incidents, if high-ranking officials or policemen are involved.… And now we are being told to reveal the name of the person that gave us this information. If I do that, no one will trust me,” Simonyan continued.

“I am concerned that this ruling might have a chilling effect on media as it could thwart reporting on issues of public interest,” she said in a statement. “The need for journalists’ professional confidentiality with public and private sources of information must be acknowledged.”

Suren Deheryan, head of Journalists for the Future, a press freedom organisation in Armenia, said the decision would create further obstacles for the media.

“Journalists believe that this decision was taken to create an atmosphere of fear and to put pressure not so much on journalists as on the sources that give them information. This is dangerous and could have a negative influence on the whole media environment,” he told IWPR, adding that people are already reluctant to give journalists information and often refuse to have their names included in articles.

Hraparak and ilur.am have appealed against the court decision, and Simonyan said they would keep fighting for as long as possible.

“I promised my source to keep his name secret. Whatever verdict the appeal court returns, we will fight to the end and we do not intend to reveal the source of our information,” she said. “The decision… is a serious obstacle for journalists and an attempt to intimidate the press. It also reduces the faith both readers and sources have in the media.”

Anna Israelyan, editor of the online news portal aravot.am warned that the case would harm Armenia’s international image and said the government needed to take steps to make sure such rulings did not become standard practice.

“This is the first time a court has forced the media to reveal a source of information,” she told IWPR. “It’s very important to amend the laws to create a strict mechanism within which journalists can be forced to reveal their sources, and which would also regulate the process by which these cases are brought.”

Yekaterina Poghosyan is a reporter with Mediamax.am in Armenia.

Armenia
Journalism
Connect with us