As activists mark Human Rights Day 2014, they say things are likely to get worse once the country is part of Russia’s political project.

As activists mark Human Rights Day 2014, they say things are likely to get worse once the country is part of Russia’s political project. 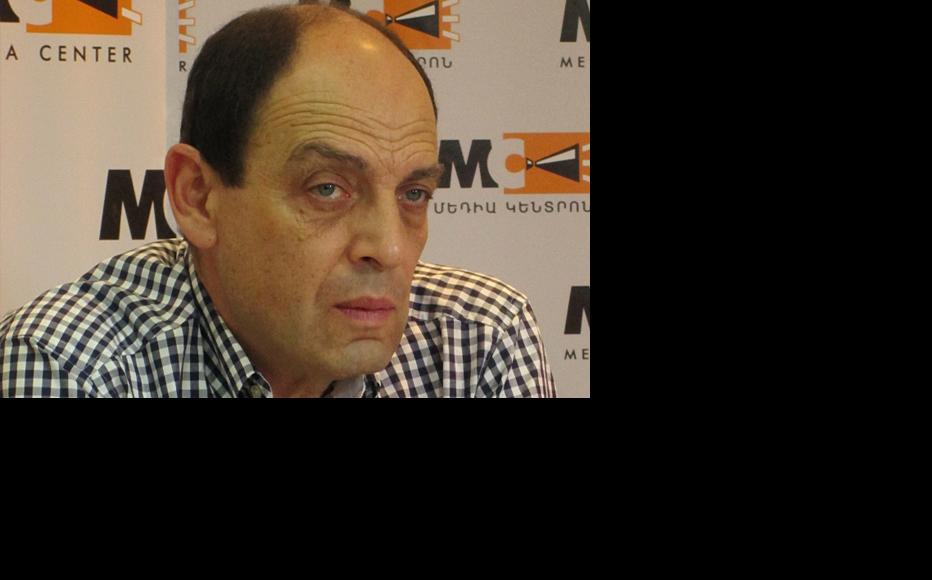 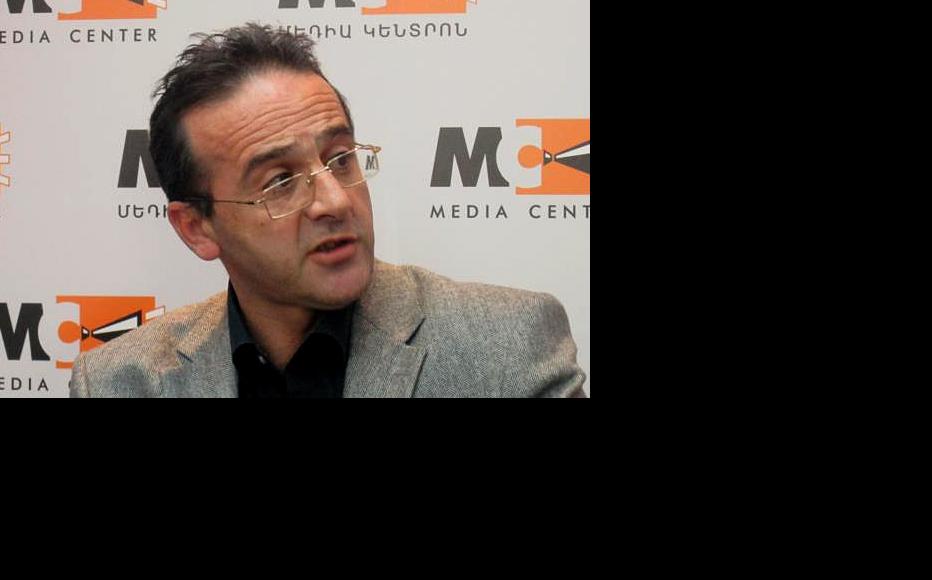 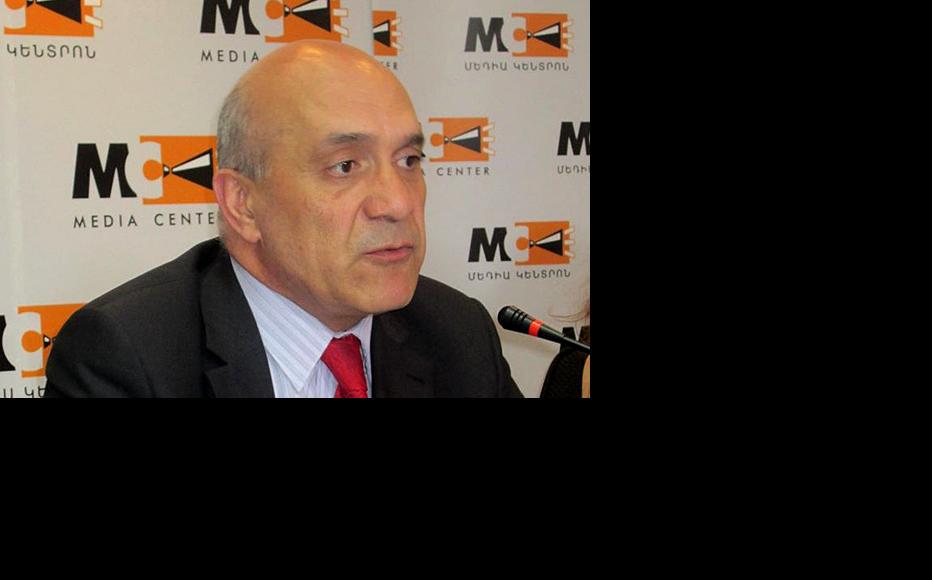 Ashot Melikyan, head of Armenia's Committee for the Protection of Free Speech. (Photo: Media Centre, Yerevan)
The link has been copied

Human rights defenders in Armenia are warning that civil liberties and press freedom could be eroded once the country joins Moscow’s new Eurasian union. One early sign of this is a plan to copy Russia’s restrictions on non-government groups.

“We are about to face great challenges,” says Avetik Ishkhanyan of the Helsinki Committee of Armenia.

Armenia will become a member of the Eurasian Economic Union in January, joining the three states already part of its predecessor, the Customs Union – Russia, Kazakstan and Belarus. A fifth country, Kyrgyzstan, is finalising arrangements to join. The grouping is formally a European Union-style bloc with common trade tariffs and harmonised legislation. Many analysts, however, believe it is also a political structure that will inevitably be dominated by Moscow. This feeling has only strengthened since Russia took on Ukraine and fell out with the West.

In Armenia, there are fears that the government will fall into line by adopting the kind of retrograde legislation seen in Russia. To take one example, Kyrgyzstan – for the last two decades Central Asia’s most liberal state – now has a bill before parliament that would impose severe restrictions on what has up to now been a thriving community of NGOs. This law is inspired by Russian legislation passed in 2012, and would force civil society groups to register as “foreign agents”. (See Kyrgyzstan Follows Russia Backwards on NGO Rights .) In both Kyrgyzstan and Kazakstan, there are moves to copy Russia’s 2013 law banning “gay propaganda”.

Now the Armenian justice ministry has come up with a similar bill designed to restrict NGOs’ freedom to operate.

“This law completely throws into question the independent activity of public [non-government] organisations,” Ishkhanian told IWPR. “That is very much in keeping with the policy of restricting NGO activities all across the Eurasian Economic Union.”

Artur Sakunts, head of the Vanadzor office of the Helsinki Assembly, is gloomy about the prospects for broader observance of basic rights once Armenia joins the Eurasian bloc.

He argues that this year has seen a marked downturn in the rights environment, and argues that Armenia has gone back to being a country with political prisoners.

Sakunts cited two cases, one of them that of Volodya Avetisyan, a retired colonel convicted of fraud and given a six-year jail term in July. Supporters say his real crime was to organise a protest calling for better welfare provision for Armenians who fought in the Nagorny Karabakh war of the early 1990s.

The second case is that of Shant Harutyunyan, who took part in a small anti-government demonstration in the capital Yerevan last year. He was given six years after a trial in October. Other participants were also convicted, including Harutyunan’s son, a minor, who got a probationary term.

According to Sakunts, the nature of the evidence which led to guilty verdicts in both cases suggests that what they were really about was “political persecution”.

Armenia’s justice minister, Hovhannes Manukyan, insists no one is incarcerated for political reasons.

“None of the reports or reviews indicates that there are any political prisoners,” he said.

Another worrying development is the attacks on the human rights community that look random but are clearly targeted.

In Ishkhanyan’s view, “This was an unprecedented case of political persecution, and I doubt any of the culprits will ever be found.”

His colleague Sakunts suspects the authorities of employing freelance thugs to carry out attacks on their political opponents, a tactic which allows them to insist they are not behind the violence.

Media-watchers believe freedom of expression is now under attack, as well.

Between January and the start of October, rights groups recorded seven physical assaults on journalists in Armenia. That is the same number recorded for the whole of 2013, a year in which a presidential election took place – a significant point, according to Ashot Melikyan, head of the Committee for the Protection of Free Speech.

“Since cases of violence against journalists increase during elections, the figure for this year [2014] can be seen as retrograde,” he explained.

The latest Internet Freedom report from the Washington-based watchdog Freedom House gives Armenia a significantly better score than any of the other Eurasian union members.

Another troubling precedent has been set by a case in which the prosecution service took court action against two media outlets, the Hraparak newspaper and the Ilur.am news site, to force them to reveal sources of information. (For more, see Armenian Media Fight for Confidentiality Right .)

“All this is a covert attempt to impose censorship,” Melikyan said.

Human rights defenders interviewed by IWPR pointed to alarming trends in other areas.

Sakunts said police and continued to use violence against detainees, and with near-impunity since most prosecutions of officers were subsequently dropped.

Campaigners also see a major pension reform involving the introduction of mandatory contributions as an unconstitutional attack on personal and property rights. After Armenia’s Constitutional Court deemed the legislation unlawful, the government responded by amending it rather than dropping it altogether. (See Armenian Government Won't Backtrack on Pension Reform.)

Meri Khachatryan, a lawyer with the Dem Em group which has been fighting the pensions reform, told IWPR she hoped the Constitutional Court would now reject the government’s revised version.

She also pointed to two other laws she saw as infringements on social and labour rights – one reducing maternity pay , and the other setting out new tax rules for retailers.

Sakunts describes 2014 as a “dismal year” for human rights in Armenia, and predicts that things can only get worse once the country is part of the Russian-led bloc.

“If the Armenian government had any intention of altering human rights protections [for the better], it would never have decided to join the Eurasian Economic Union, in which respect for human rights is absent at a structural level,” he said.

Arevik Sahakyan is a freelance reporter in Armenia.

Armenia
Human rights
Connect with us