Government scales back recovery predictions for an already struggling economy.

Government scales back recovery predictions for an already struggling economy. 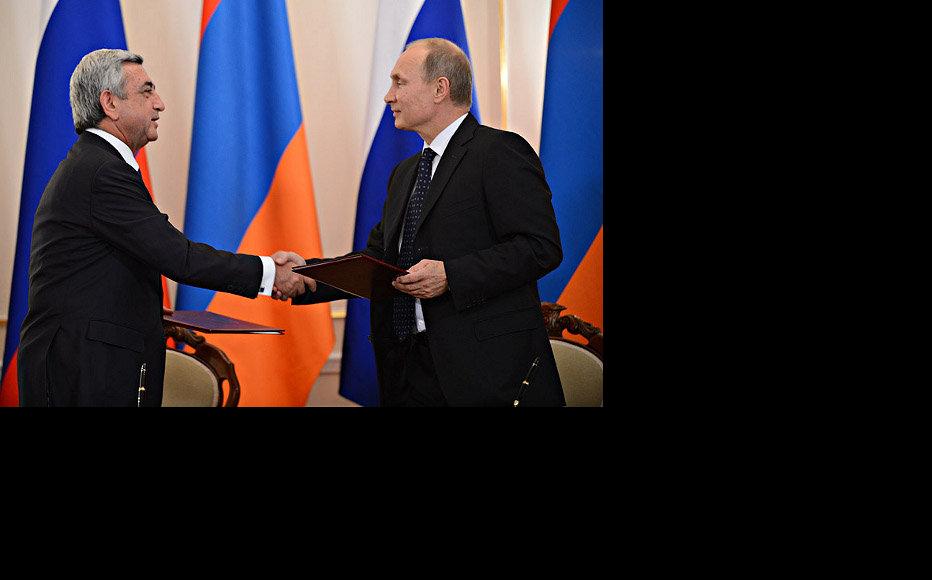 The difficulties that Western sanctions have created for Russia have also affected its partner Armenia, where the government admits it will fail to deliver on a promise of getting the economy back to its pre-crisis level by 2017.

Last month, Hovik Abrahamyan used one of his first public appearances since his appointment as prime minister in April to announce that Armenia would only manage five per cent growth a year until 2017, rather than the previous annual target of seven per cent.

Armenia suffered hugely from the 2008 financial crisis, and its economy contracted by 14 per cent the following year. Its neighbours Azerbaijan and Georgia have both managed to regain lost ground, in 2010 and 2011 respectively, but the International Monetary Fund (IMF) does not expect Armenia to do so until 2016.

“An Armenian government… that fails to achieve seven per cent growth must resign,” said President Serzh Sargsyan said in March 2013. Last year’s growth proved to be a mere 3.5 per cent.

Although Abrahamyan’s government said it was making economic growth a priority, within weeks officials were admitting they would struggle to achieve last year’s level, thanks to the Ukrainian crisis and the sluggish Russian economy.

According to the National Statistics Service, Russia is Armenia’s second most important trading partner after the European Union. Bilateral trade accounts for 24 per cent of Armenia’s total.

The IMF cut its prediction for Russian economic growth twice in April, from a starting-point of three per cent to a final prediction of just 0.2 per cent. In October, the IMF will publish an updated prediction and many experts, including Alexei Kudrin, who served as Russian minister for 11 years, are predicting a contraction.

Teresa Daban Sanchez, the IMF’s resident representative in Yerevan, said a slowdown in a major trading partner made five per cent growth look unlikely for Armenia.

“By our estimates, this year Armenia should have registered 4.3 per cent growth. However, the risks we expected at the start of the year, linked to the Ukrainian crisis and the economic situation in Russia, have become reality. And this will have an impact on the economy of Armenia. The IMF is re-examining its estimate for Armenian economic growth,” she told journalists.

The Central Bank agrees. In a forecast published at the end of May, it said it expected growth of between 4.1 and 4.8 per cent in 2014.

“The alteration in the economic situation in Russia could lead to a further reduction in the volume of remittances coming to Armenia from that country,” bank chairman Artur Javadyan told IWPR.

Remittances – the money sent home by labour migrants – are important to Armenia. In 2013, two billion dollars was transferred to Armenia, more than four times as much as foreigners invested in the country. The bulk of transfers – 1.7 billion dollars – came from Armenians working in Russia.

Samson Avetyan, head of Arrow Global Ltd, an investment fund, said that tougher Western sanctions on Russia would have a chilling effect on business activity and investment in Armenia.

“That will naturally not bring economic growth,” Avetyan told IWPR. “It’s important for any businessman for the environment to be predictable. As long as it remains an open question whether there will be more sanctions, this will continue to affect the optimism and business plans of our entrepreneurs. Businessmen will avoid making the very investments that could bring economic growth and create new jobs.”