Experts warn that the respective countries’ approaches to ending the conflict are currently irreconcilable. 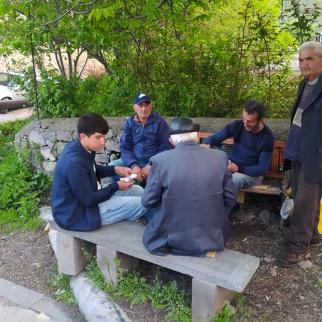 Men from the village of Verin Shen in Syunik, not far from where Azerbaijani soldiers are alleged to have crossed the border. © Arshaluis Mghdesyan

Experts warn that the respective countries’ approaches to ending the conflict are currently irreconcilable. 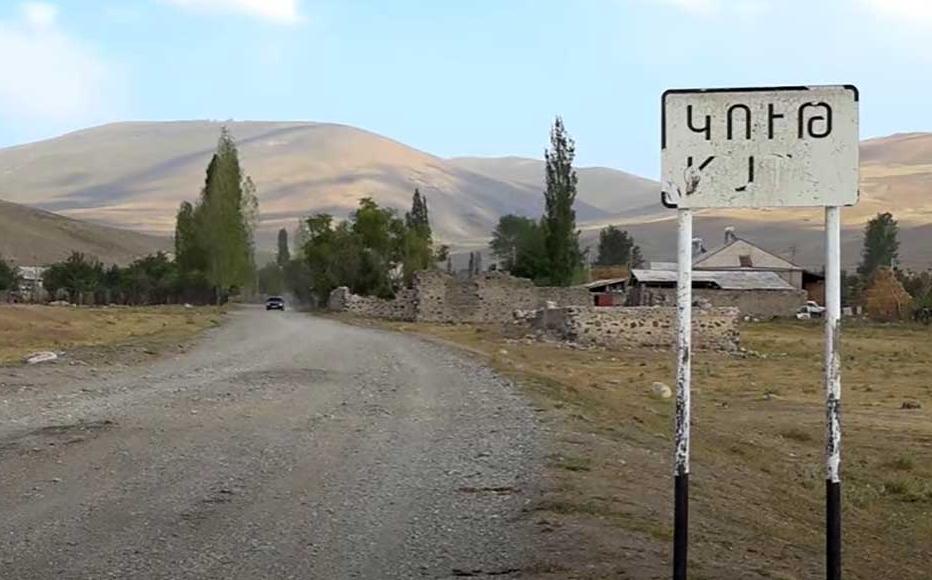 Village of Kut, which has been the site of recent clashes. © Courtesy of residents near Kut
The link has been copied

Ongoing skirmishes on the Armenian-Azerbaijani border continues to contradict public statements from officials in Yerevan and Baku about their stated intentions to establish peace after last year’s war.

The border situation is particularly tense in three areas - the village of Yeraskh, bordering the Nakhichevan enclave of Azerbaijan, and the Syunik and Gegharkunik sections, where the border has remained disputed since the collapse of the Soviet Union. These became frontline zones after the territories around Karabakh were handed over to Azerbaijan following Armenia’s defeat in the autumn of 2020.

For instance, on August 16 Armenia announced that two servicemen had been killed in near Nakhichevan and Gegharkunik after shooting from the Azerbaijani armed forces.

Baku denied this and accused the Armenian military of shelling positions around Sadarak in Nakhichevan, as well as in the Kelbajar and Gadabay regions.

Also on August 16, according to Armenian ombudsman Arman Tatoyan, Azerbaijani forces also fired in the direction of the borderline villages of Kut and Norabak in the Gegharkunik region, with locals forced to seek shelter.

The Azerbaijani military subsequently targeted the gold mine in Sotk, operated by the Russian company GeoProMining Gold. After the war, the territory located in the Gegharkunik and Kelbajar regions was divided into Armenian and Azerbaijani parts. Shootings in the area often disrupt the mine’s operation.

Then, on the morning of August 17, Azerbaijan reported shooting from Armenian territory in the same sections of the border, with President Ilham Aliyev issuing a harsh statement calling Syunik and the city of Vardenis in Gegharkunik “Azerbaijani lands”.

Experts warn that the two sides are returning to a pre-war approach to conflict resolution, which risks creating fresh conflict. For Armenia, the Karabakh conflict and the stabilisation of the situation on the border and are separate issues, with which Baku clearly disagrees.

Baku wants a sovereign corridor to its Nakhichevan enclave through the Syunik region of Armenia and to sign a peace deal that effectively ends the Karabakh conflict through Yerevan’s recognition of Azerbaijani borders. Aliyev has publicly proposed such a deal, but Armenia has not responded.

The Armenian authorities have made it clear that they are only ready for negotiations on Karabakh in the framework of the OSCE Minsk Group and disassociate the issue of stabilising the situation on the Armenian-Azerbaijani border with this process.

The chair of the parliamentary commission on security and defence, Andranik Kocharyan, emphasised that border tensions and the wider issue of Karabakh had to be viewed separately.

Baku disagrees and sees Armenia’s stance as a refusal to mutually recognise the territorial integrity of the republics and begin the process of border demarcation.

“It seems that Armenia is not ready for this or is against it. In this case, we will pursue our policy accordingly,” Aliyev said during an interview with the CNN Turk TV channel.

Director of the Caucasus Institute Alexander Iskandaryan believes that the reason for the escalation on the front line is that the parties have such divergent approaches to ending the conflict.

“Azerbaijan wants peace on its own terms,” he said. “It wants to achieve documented validation of its victory, which implies opening of a corridor to Nakhichevan through the Armenian Syunik and the signing of the so-called peace treaty, which the Azerbaijani authorities can present to their society as Armenia's recognition of the territorial integrity of Azerbaijan. For Baku, it will mean the end of Armenia's claims over Karabakh and the end of conflict.”

This was something to which Yerevan and Moscow would not agree, he continued.

“For Yerevan, this would mean losing Karabakh and exodus of Armenians from there, which is not beneficial for Moscow either, in terms of its regional policy. After all, the presence of peacekeepers in Karabakh is necessary for its population who needs protection,” Iskandaryan concluded.

Meanwhile, the situation continues to spur domestic tensions within Armenia. Opposition leader and former president Robert Kocharyan told local TV that the escalation on the border was serving as a smokescreen for the implementation of the "scenario of planned defeat".

He said that such provocations created a situation when the threat of a new war became clear and in which the public could easily accept the signing of "another document, another concession"