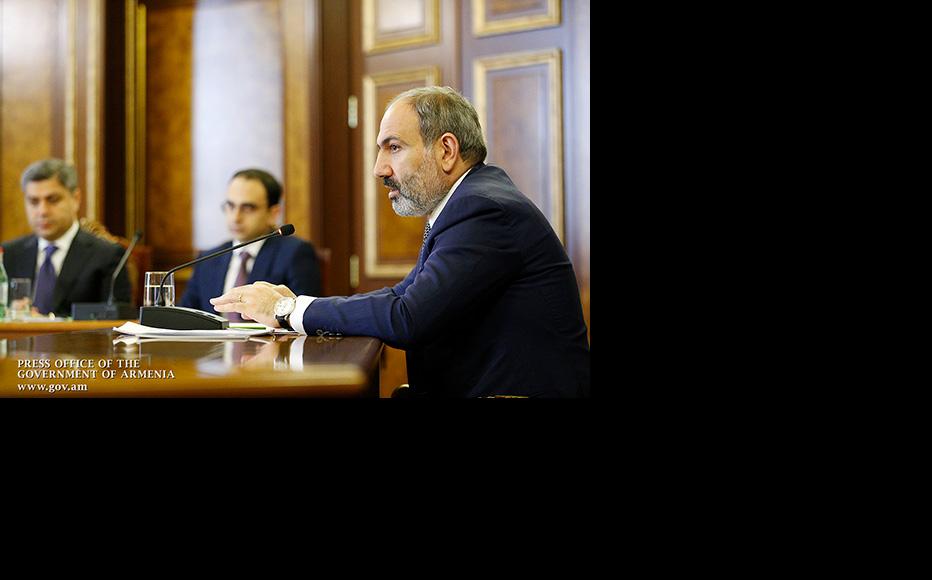 Meeting of the anticorruption Council in Armenia. (Photo: Prime Minister's office of Armenia)
The link has been copied

Armenia is weighing whether to allow the state to confiscate the property of those convicted in serious corruption cases without the need for a court order.

The authorities argue that the measure will make the fight against corruption more efficient, but critics claim that it will establish a presumption of guilt that might be exploited for political purposes.

The idea was initiated in April 2019 under the leadership of Prime Minister Nikol Pashinyan. With public expectations extremely high following the so-called velvet revolution in April 2018, his major election pledge was to fight corruption.

He promised to return “all the loot to the last penny” and his party duly received about 70 per cent of the votes in last December’s parliamentary elections.

A legislative framework to enable the confiscation of illegally acquired property without a court order was proposed as one of the elements of a transitional justice system to deal with the consequences of decades of endemic corruption.

The wider mechanism would allow for a rapid, extrajudicial process by which officials who committed crimes in the past could be held responsible, including so-called truth commission. In turn, the hope was that this would create a better system of governance, which would also help reform the institutions necessary for the formation of a democratic state.

According to the draft law currently under discussion, the prosecutor general’s office would be entitled to look into the assets of former and current government officials worth more than 50 million drams (100,000 US dollars).

The prosecutor will be able to investigate the source of the acquired assets, and issue a decision to seize them without requiring a court verdict.

According to deputy minister of justice Srbuhi Galyan, the goal is to return illegally acquired property to its rightful owner or the state.

However, others fear the possible consequences.

“The law can be applied to those who have ever held a public office in the government or in the municipalities,” Arpine Hovhannisyan, a former minister of justice, told IWPR. “Documents proving the right to property are not enough, people should think about the sources of the money they paid to purchase this property.”

She explained that the law effectively had no statute of limitations.

“It means that the legitimacy of the acquired property of former and current officials from the moment Armenia gained independence in 1991 will be checked,” Hovhannisyan continued, stressing that it was critical that the law not be applied selectively against government opponents.

“I have some concerns, and I will do everything in my power to exclude this scenario,” she concluded.

The new governments’ fight against corruption has so far not lived up to their expansive promises. Data released early this year indicated that about 30 billion drams (60 million dollars) had been returned to the state budget, out of a sum expected to be in the billions of dollars.

Among the real estate returned was a large hotel in the resort town of Tsakhkadzor owned by Armen Avetisyan, the former head of the Customs Service of Armenia. The government decided to sell the hotel at public auction.

There are some other assets under investigation, including houses and land owned by Manvel Grigoryan, an ex-leader of Yerkrapah- the Union of Karabakh War Volunteers, who is currently under arrest.

The process has taken longer than the government had promised.

One investigation concerning 20 million dollars found in the bank account of Alexander Sargsyan, the brother of ex-president Serzh Sargsyan, lasted for several months.

The trial of Vachagan Ghazaryan, President Sargsyan’s former chief of security, lasted for more than a year before three billion drams (seven million dollars) were returned to the state budget in October.

Pashinyan himself has said that he was unhappy about the pace of justice.  He noted that many former government officials, who became millionaires during their career in public service, were either in prison awaiting a verdict or out of the country.  Meanwhile, the process of returning stolen funds was being delayed due to lengthy litigation.

Among those he named who had left the country were the former minister of nature protection Aram Harutyunyan, accused of massive bribe-taking, and ex-chief enforcement officer Migran Poghosyan who is being investigated for abuse of power.

Those in prison include the former head of the state evenue committee Gagik Khachatryan and former president Robert Kocharian is in prison.

Pashinyan also stressed that the law limited the action the authorities could currnetly take.

“If you follow the legal path, which is currently applied, the fight against corruption can be prolonged for years. For this reason, we need new mechanisms to confiscate looted property. They should be applied against corrupt officials,” he told a meeting of the Anti-Corruption Council on August 19, 2019.

But Ruben Melikyan, a lawyer and former justice minister, described the prime minister’s statement as a new version of “Trotskyism”.

“The arguments of the government are not convincing, there is no proper analysis provided by the government on international experience in this matter,” he explained.

Hovhannisyan agreed, arguing that “no one’s property can be deemed illegal just because, in your opinion, this person cannot own it”.

She warned that the initiative would harm investment in Armenia, since the authorities appeared to be encroaching on the right to property.

However Nikolay Baghdasaryan, a member of Pashinyan’s My Step alliance, said that these mechanisms were vital to allow law enforcement agencies to combat money laundering and international crime.

“Similar mechanisms exist in many countries,” he continued. “This is done in order to combat crimes of a transnational nature. For example, if a person committed a crime somewhere and is in Armenia, we must have mechanisms to seize his property and start the confiscation without a court verdict.”

Some experts note that the introduction of transitional justice institutions can be highly politicised.

“These mechanisms were implemented in those societies and countries where there were systematic problems with massive violations of human rights by the authorities, government agencies or officials in order to achieve social reconciliation, and not to lead the society to even greater polarisation,” said Artyom Geghamyan, an expert on transitional justice. “Is it possible to achieve the social reconciliation in a way it is being done in Armenia? I doubt it.”

“The confiscation of illegally acquired property should be carried out exclusively following the decision of the court,” said human rights activist Arthur Sakunts. Before that could happen, he continued, it was vital to carry out judicial reforms so that court decisions could deserve public trust.

Observers note that there have been few examples where such mechanisms for seizing illegally acquired property have been successful.

“The task is complicated if these funds are located abroad,” Geghamyan said. “According to the World Bank, about 35 billion dollars was taken away from Indonesia at one time, but only a few billion were returned. Many countries have gone through the difficult path of transitional justice, but few have managed to return the looted funds and never in the initial amount.”

Giving Voice, Driving Change - from the Borderland to the Steppes
Armenia
Accountability, Corruption, Law reform
Connect with us