Armenia Prepares for a Papal Visit

The event has national as well as spiritual significance for the region’s smallest country.

Armenia Prepares for a Papal Visit

The event has national as well as spiritual significance for the region’s smallest country. 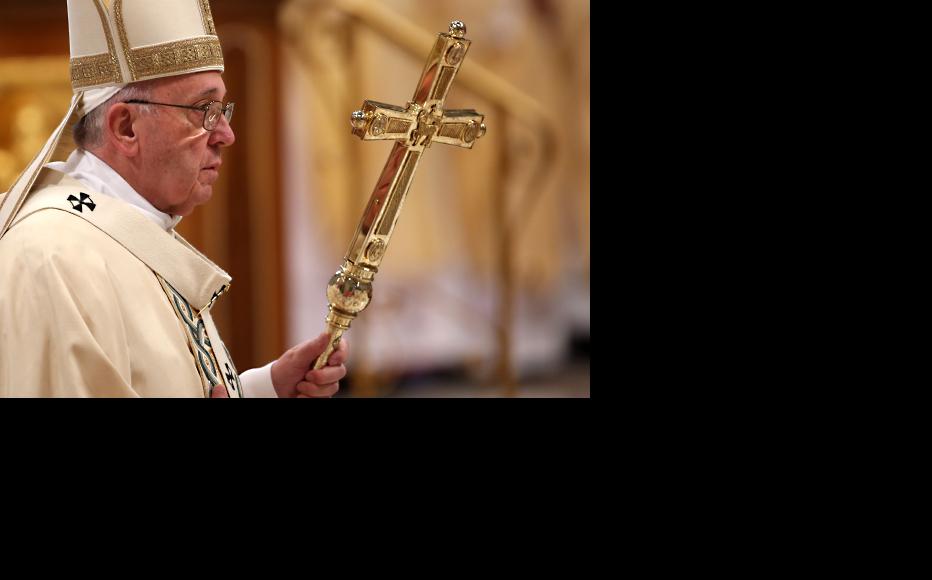 Pope Francis will begin a three-day trip to Armenia on June 24. (Photo: Franco Origlia/Getty Images)
The link has been copied

The imminent visit of Pope Francis to Armenia has highlighted debate over the secular versus the religious nature of the state.

The pontiff will begin a three-day trip to Armenia on June 24 in which he will meet President Serzh Sargsyan, faith leaders and the diplomatic corps. This follows a visit to the Vatican in April last year by Catholicos, Karekin II, the Patriarch of All Armenia.

One highlight of his stay will be a prayer for peace in the capital Yerevan which is expected to attract around 60,000 people.

Vatican Radio reported that the Pope wanted to show solidarity with a nation that had suffered so much during its long history, according to Father Federico Lombardi, director of the Holy See´s Press Office.

As part of this display of friendship, Pope Francis will visit a memorial to the victims of the Armenian genocide near Yerevan – a move that is bound to infuriate neighbouring Turkey.

The pontiff already angered Ankara last year when he described the mass killing of Armenians under Ottoman rule a century ago as “genocide”. Turkey’s envoy to the Vatican was subsequently recalled.

Many Armenians consider the visit of Pope Francis a nationally important event, as world attention will be focused on the region´s smallest country.  As of June 20, Armenia´s ministry of foreign affairs had received over 600 accreditation requests from international journalists wanting to cover the Pope´s journey.

For some, it will have particular spiritual significance.

Armenia is one of the world´s most ancient Christian communities and was the first country to adopt Christianity as its official state religion in 301 AD.

According to the 2011 census, almost 96 per cent of the three million-strong population follow Christianity.  The largest religious community is the Armenian Apostolic Church, which has about 2.8 million followers.

Estimates of the number of Catholics in Armenia vary, with the Vatican claiming that just over nine per cent of the population follow that faith.

It will be the second visit of a pontiff to Armenia.  In 2001, Pope John Paul II visited the country.

Armenian Catholics are concentrated in some two dozen communities in the cities of Gyumri, Tashir and nearby villages in the northwestern part of the country.

At the end of last year, construction of the new Cathedral of the Holy Martyrs was completed in Gyumri, Armenia´s second largest city.  This will feature on the Pope´s itinerary as well as the Cathedral of Etchmiadzin, the centre of the Armenian Apostolic Church.

Reverend Father Zakaria Baghumyan, director of the Bishops´ Synod Department, said that Christianity was one of the most important pillars of Armenian national identity.

He adheres to the popular belief that that the biblical garden of Eden was located in the Armenian highlands and that life was reborn there after the great Flood.

“Armenia´s history has shown us that our once powerful neighbouring peoples and civilizations disappeared from the face of the earth, and we stayed.  That is why Armenia is the island of Christianity in the region, which should always remember Christ,” Baghumyan told IWPR.

Vardan Khachatryan, a lecturer at the faculty of theology at Yerevan State University, agreed that Armenia had always been one of the bridgeheads of Christianity.

“The Armenian Apostolic Church is what has preserved the Armenian people and its identity in terms of a system of values. … In the historical genesis, Armenian identity has gone through Christianity,” he said.

Other experts, however, take a more nuanced view.

Hranush Kharatyan, an ethnographer at the Institute of Archeology and Ethnography, said that Armenia was a secular state with a religious identity.  Although the majority of people in Armenia considered themselves to be followers of the Armenian Apostolic Church, their knowledge of religion was fairly low.

When she asks university students to tell her who Christ was, they are mostly confused, Kharatyan explained. Some suggest he was the son of God, or that he was himself God.

More troublesome was their lack of understanding of other faiths, Kharatyan said.

“The young people know almost nothing about other religions.  And Islam is a religion of the enemy, as it is followed by Turks.  This is the average level of knowledge,” the ethnographer said.

Such views can be traced back to the legacy of 70 years of Communist rule in the region, fraught with atheist propaganda.

Indeed, this will be the first part of a trip that will take the Pope to all three countries of the Caucasus this year.  He will travel to Azerbaijan and Georgia in the autumn.

In Armenia, hundreds of priests were killed during anti-religious campaigns in the early Soviet days and churches were either destroyed or turned into warehouses.

By the 1940s and 1950s, there were only a few priests left in Etchmiadzin and the authorities wanted to turn the main cathedral into a museum.

“The Armenian church is now experiencing a revival,” Baghumyan said.  “If before one could only see a few older people enter the church, today they are full with young people who come here not because of tradition, but quite consciously.  During Lent, they do not only fast, but also pray.”

The role of the Armenian Apostolic Church and its clergy has grown since indepedence in 1991, particularly in the field of education and social activities.

But while baptisms have become popular and the presence of priests at weddings and funeral ceremonies have become de rigeur, religion served as a cultural ritual, she continued.

“Great importance is attached to the presence of representatives of the clergy at different events and to start them with prayers.  The president, prime minister, members of the cabinet of ministers and others invite priests to all showcase events to participate,” Kharatyan said.

Baghumyan said that such displays were far from cosmetic.

“There have always been unjust accusations and criticism, but mostly by people who are thousands of miles from the church,” Baghumayan said.

In recent years, new churches have been built, often financed by deputies and businessmen or members of the Armenian diaspora.  The strategy of the church was clear, Baghumayan continued.

“[The] restoration of old churches and monasteries and building new ones in areas where there is a need for them, with the help of the benefactor sons of our church.”

However Samvel Karapetyan, historian and chairman of the Yerevan office of the Foundation for Research on Armenian Architecture, said that this should not be seen as a positive step.

“If the church indeed radiated such light, then the developed countries would not have rejected it.  Go to Germany and see what churches are turned into – into concert and exhibition halls, into book stores.  People are finding other galaxies outside the solar system, and we are still building churches and exist in darkness,“ Karapetyan told IWPR.

The role of the church should be kept in check, he argued, for the good of Armenia’s future identity.

“We are so mired in the religious that the role of the motherland has diminished,” Karapetyan continued. “We are confused, religion prevents us from living right. Religion is not important.  Nationality and fatherland are more important.”

Gayane Mkrtchyan is a freelance journalist in Armenia.