Sceptics question administration’s will to take on big fish who don’t pay all their taxes.

Sceptics question administration’s will to take on big fish who don’t pay all their taxes. 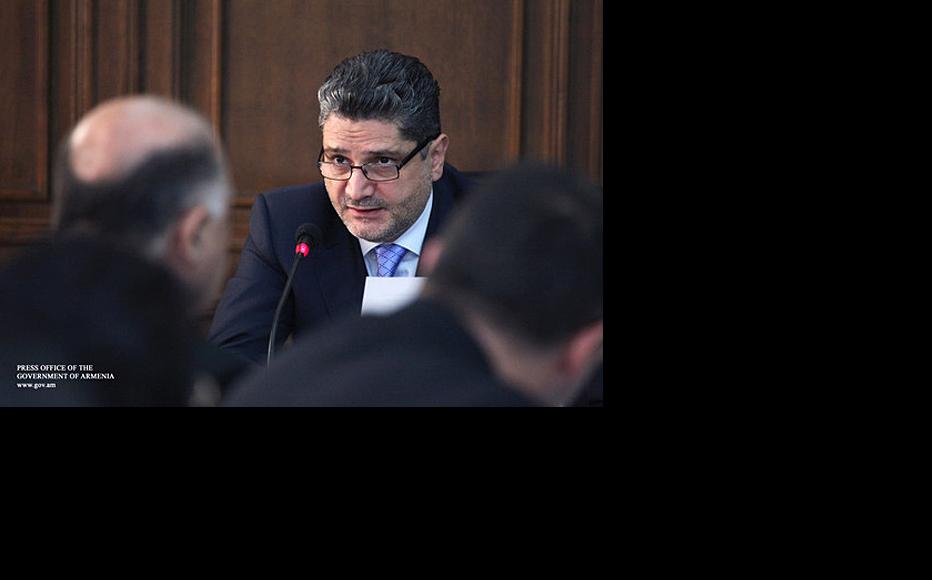 Armenian prime minister Tigran Sargsyan has promised to crack down on tax evasion. (Photo: Armenian government press service)
The link has been copied

Armenia’s government is planning changes to the tax system that it says will raise over 260 million US dollars in extra revenues next year, and bring at least some of the grey economy into the fiscal system.

Independent experts, opposition politicians and even some officials doubt that the government is tough enough to force big businesses to pay the taxes they owe.

The government says 60 or 70 per cent of additional tax revenues will result directly from an increase in economic activity, as the budget assumes growth of 4.2 per cent in 2012.

The remaining increase will be generated by changes to the tax structure and by tougher enforcement.

Outlining the reform, Prime Minister Tigran Sargsyan said, “The changes we are proposing seek to increase the taxes paid by high-earning businesses….. The package also includes more than a dozen legal amendments and changes to simplify tax administration and create more advantageous environment for small and medium-sized businesses. This means that we intend to reduce the tax burden on small and medium businesses, while increasing it in areas where profits are high.”

Under the proposals, anyone earning over two million drams a month – at 5,200 dollars, a high figure for this low-income nation – will find their income tax rate raised from 20 to 25 per cent.

The changes will increase excise payments on expensive alcoholic drinks by 50 per cent, but leave them unchanged for cheaper drinks. According to official statistics, alcohol accounts for 15 per cent of all items consumed in the country. The government also wants to increase taxes on cars costing more than 90,000 dollars, and on gambling.

European Union experts are due to study the proposed tax code amendments before they are put before parliament.

The big question now is whether taxation really can raise as much money as the government has stated in its budget assumptions.

At a cabinet meeting, Gagik Khachatryan, head of the State Revenue Committee, asked the finance ministry how his agency was supposed to generate an additional 100 billion drams in 2012 on top of this year’s target of 770 billion.

“This kind of rise in tax revenues has never been demanded in the history of Armenia, all the more so during a period of crisis,” he said. “We have grave doubts about our ability to collect these taxes.”

Economists are also raising the alarm, not just about whether the ambitious revenue increase can be achieved, but also because they fear the government will succeed in extracting payment from big businesses, so that the burden will fall mainly on smaller ones.

Ara Nranyan, a member of parliament from the opposition Dashnaktsutyun party and an economist, said that since the grey economy in Armenia was worth 30 to 40 per cent of gross domestic product, there was plenty of scope for increasing the tax take. But he was doubtful the government could deliver on its promise to tax the major culprits.

“Combating the shadow economy is essential. The continuing presence of shadow sectors affects not only budget revenue collection, but also the effective economic policy implementation,” he said. “At a time when business exerts influence over government, combating the shadow economy means fighting the oligarch-cum-officials who make up the system. The behaviour of the current political elite does not fill me with hope of an optimistic outcome.”

Vahagn Khachatryan, an economist from the opposition Armenian National Congress, said he could not see how the plan could be made to work.

“Serzh Sargsyan [Armenia’s president] should gather all the oligarchs around a table and say that ‘from today, you use invoices, you cut the size of the informal economy, and you pay all your customs duties based on the prices you pay for goods’. But as yet, the rules of the game haven’t changed. All they’ve done is write a figure of 101 billion drams [extra tax income] down on a piece of paper,” he said.

Independent experts were no more polite. Andranik Tevanyan, director of the Politeconomia research centre, suggested that the government wanted to create a centralised economy in which it played the role of a single dominant oligarch. “They’ll do this under the slogan of fighting the shadow economy,” he added.

The government has asked the World Bank to examine the Armenian economy and assess how much activity takes place in the informal sector.

State Revenue Committee chief Khachatryan said he would welcome any light that could be shed on the size of the grey economy.

“Many of us talk about the shadow economy, and we work on this issue every day, working out new methods and administrative systems of governance,” he told parliament when it discussed the 2012 budget. “There are no assessments of the informal economy. We have small informal businesses and large ones as well. I think that in combating the informal economy, we need to do more and talk less.”