Officials say merging 900-plus local administrations into 14 makes sense, but the plan is meeting resistance.

Officials say merging 900-plus local administrations into 14 makes sense, but the plan is meeting resistance. 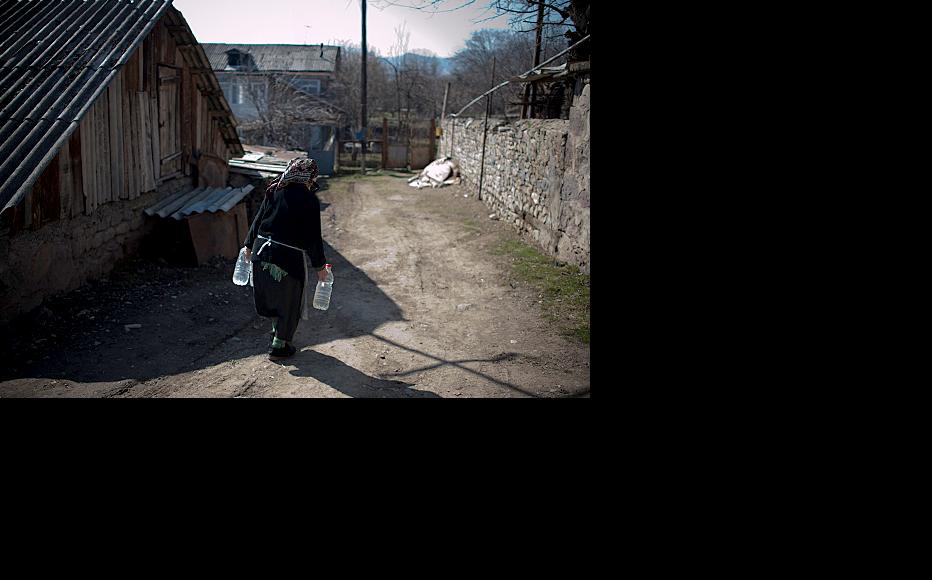 Villages in Armenia are to become part of larger administrative areas. (Photo: Nazik Armenakayan)
The link has been copied

A plan approved in 2011 envisages that “communes”, the lowest tier of government in rural areas, will be merged into larger units to rationalise and improve public service provision.

The end result is to create a manageable 14 “commune associations” as Armenia’s the lowest unit of local government, rather than the current 915 communes, half of which have populations of under 1,000.

At the March 19 cabinet meeting announcing the launch of the pilot projects, it was agreed that nothing would happen until a local referendum was held in all three places on May 17 to see what people thought of the idea.

The government insists the cost savings will not reduce the amount of funding that comes to local government from the treasury. Instead, centralised units with bigger budgets will be able to coordinate and deliver services that are currently poor or lacking.

“We’ll be able to save something like 50 or 60 per cent of expenditure,” Armen Yeritsyan, the minister responsible for territorial units, told reporters after a cabinet meeting on March 19.

“Seven communes grouped together will get more subsidies than [the total of] what each currently gets individually for its budget,” Ashot Giloyan, head of the local government department in Yeritysan’s ministry, told IWPR.

He explained that the savings would be achieved in part by abolishing the post of commune leader. Instead, each village would get a representative in the association.

Lernik Aleksanyan, a member of parliament from the ruling Republican Party, backs the reform which he says tackles a local government system that is creaking.

“Jobs will be cut, but efficiency will increase,” he said. “Investment programmes, too, will become more effective once the communes are consolidated.”

Commune heads in the pilot regions oppose the reform, arguing that it could make things worse and lead to frictions between villages, while still failing to deliver the things that central government should be doing – investing in agriculture and irrigation, and improving loan facilities for farmers.

“By amalgamating communes, the government is seeking to achieve just one thing – cutting three or four jobs in the rural commune administration,” said Artur Margaryan, who heads the Svarats village commune in Syunik region. “But when several villages are put together into one commune, the centre will get further away, so people will have to spend money to travel there in order to resolve the most minor issues. It’s going to be hard on small, remote communes.”

Artsvik Minasyan, a member of parliament from the opposition Dashnaktsutyun party, says the plan is all about cost-cutting.

“Say there’s a village that makes a good income but doesn’t have a big population. In the amalgamation, this village will be brought together with others where things are the other way round. Their budgets have to be unified into one and distributed equally. So villages with big incomes end up receiving less than now,” he said. “That could create a hostile relationship between residents of different villages.”

Giloyan insists that all these issues have been thought about, and that the government will invest enough money to iron out any problems.

Tevan Poghosyan, a parliamentarian from another opposition party, Heritage, says the amalgamation plan is poorly conceived and has not been informed by enough public consultation. In any cases, he says, problems in rural communities need to be addressed a long-term, comprehensive strategy.

Economist Tatul Manaseryan agrees that the government is on the wrong tack.

“In the Soviet period, an infamous programme of amalgamation led to the depopulation of about 300 villages,” he said.

The village of Vardani Dzor in Megri region has just 365 inhabitants and is far from the nearest town. Although the commune is not part of the pilot project, its head Albert Beklaryan worries for the future.

“This settlement experienced amalgamation back in 2011 when five villages were put together. It wasn’t effective and it created a lot of problems…. People have started relocating to the central settlement, and some villages are emptying out.”

Concerns like these could result in a “no” when people in the three pilot areas vote in the May referendum, but Minasyan of the Dashnaktsutyun party fears that their voices will not be heard.

“By law, the government has a right to circumvent negative referendum results and to go ahead with its programme,” he said. “That’s going to cause disappointment.

Ani Baghdasaryan is a freelance journalist in Armenia.