Eighteen people have died as cases of the disease multiply across the region.

Eighteen people have died as cases of the disease multiply across the region. 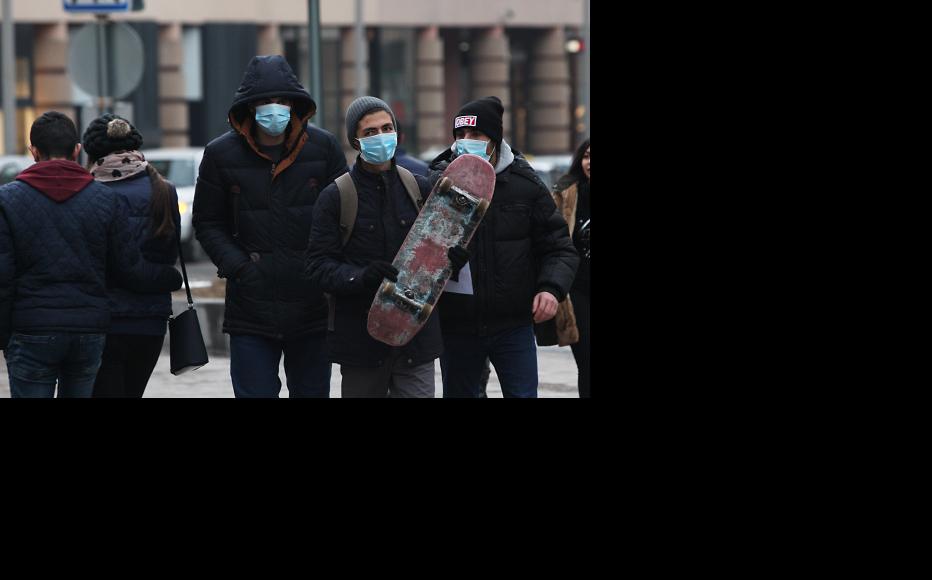 H1N1 virus has made the Yerevan population to wear surgical masks. (Photo: Photolure) 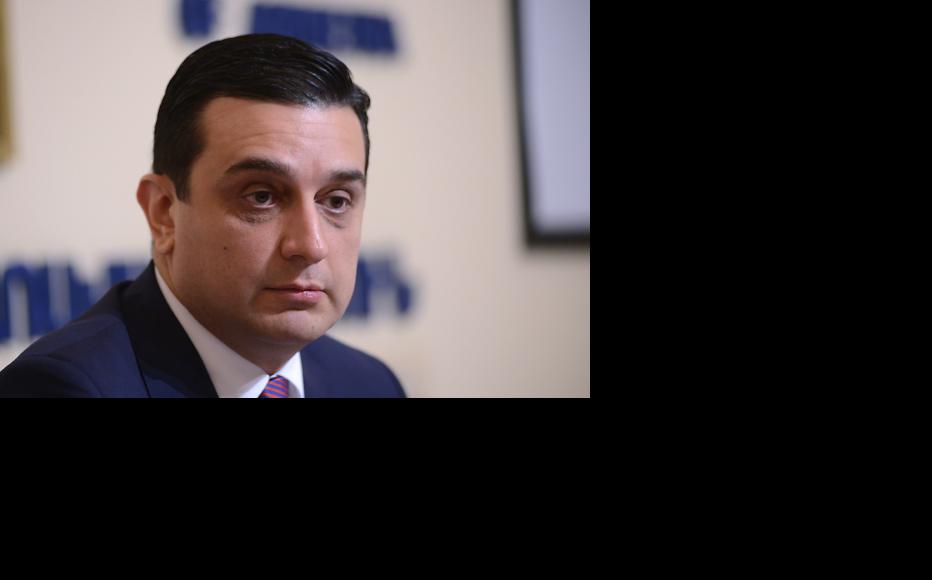 Republic of Armenia Ministry of Health Armen Muradyan. (Photo: Photolure)
The link has been copied

An outbreak of the H1N1 virus has alarmed Armenians, despite government assurances that there is no danger of an epidemic.

As of January 20, 18 people had died of the illness, also known as swine flu. There have also been cases reported in other countries in the region, including Georgia, Russia, Turkey and Iran.

But health officials in Yerevan said that the Armenian fatalities were due to victims seeking treatment far too late or suffering from chronic conditions that can complicate the course of flu.

“There is no epidemic in the country,” minister of health Armen Muradyan told journalists after a government meeting on January 14, when the death toll still stood at 10 and the ministry said 81 flu patients were in intensive care.  “The virus situation is not close to announcing an epidemic.”

He explained that the disease incidence rate was no more than double what it would usually be. An epidemic is only declared when the average rate is five times higher.

“The talk of an epidemic is groundless and causes unnecessary panic,” he added.

This was not enough to reassure many in Armenia, who said that illness was rampant and services overstretched. The crisis also led to winter holidays being extended for elementary schools and nursing colleges, with all classes suspended.

“If this is not an epidemic, what is?” asked Seda Mankuyan, who is five months pregnant.  She recounted how, during a routine examination, doctors had advised her to avoid enclosed public places or to wear a mask.

“The entire hospital staff was wearing masks, meaning that there is a serious risk of infection,” she said.  “Just among my friends and acquaintances, more than ten people have been affected by acute respiratory infections.”

“All the wards were crowded.  I even saw newly-admitted patients being temporarily placed in corridors until the wards had freed up,” she told IWPR.

Officials from the ministry of health acknowledged that there was a shortage of hospital beds.

To limit contagion, people with infectious diseases were kept in separate wards. These had to comply with stricter sanitary standards, explained Tsaghik Vardanyan, the ministry´s head of health care policy.

This meant that some medical facilities had declared a shortage because they could not offer all their beds solely to infectious patients.

Viruses are particularly common in January is a result of the many interactions people have around the New Year, when they visit and come into closer contact.

According to Armenia´s Strategic Programme for 2012-2016 on the prevention and fight against infectious diseases, acute respiratory infections are a public health priority. Armenia first encountered an outbreak of swine flu in November 2009.

The ministry of health said that a number of prophylactic measures had been taken against H1N1 as far back as September, including special training for doctors and an immunisation campaign. In addition, during the peak period of the virus, outpatient clinics stayed open at weekends too.

However, the extent of the vaccination campaign remained unclear. While the minister of health told a government meeting that 15,000 people had been vaccinated against the flu, different figures were cited by other sources.

Vardanyan put the number at 12,470 people, whereas Gayane Sahakyan, Armenia´s national immunisation programme manager, said 14,182 had been vaccinated. She added that her organisation was negotiating the purchase of additional vaccine with funding from the state budget.

Some citizens said they were unaware of any scheme to immunise the population.

Yerevan resident Anna Sakapetoyan said that she was an avid user of social media but had never seen a campaign for flu jabs in Armenia.

“My colleagues who live in Europe have not had flu for seven years, as they get vaccinated every year,” she said.  “In Armenia, I don´t even know how fresh the vaccine may be, where one can get vaccinated and against which kind of flu… There is a problem of information and trust.”

Varduhi Petrosyan, dean of the faculty of public health at the American University of Armenia, said that general efforts to raise public awareness about the flu had been positive, leaving people more vigilant.

However, he noted that vaccinating even 15,000 people was not an effective way to fight illness.

“I can say that this number is probably not sufficient.  In countries with high per capita income, for example in the US, there are annual flu vaccinations and vaccines are selected from those types of flu most common in that year,” he said.

In Armenia, by contrast, vaccinations were viewed with suspicion, Petrosyan added.

There were also concerns about erratic supplies of medicine available to treat H1N1.

Amid the panic, stocks of Tamiflu, an effective H1N1 treatment, disappeared off shelves in Yerevan.

According to the ministry of health, Tamiflu was to be given to all hospitalised flu patients free of charge and, as of January 12, also supplied to outpatient clinics.

But on January 15, an IWPR reporter was told by six pharmacies in the capital that they had no supplies of the medicine, which costs about 20,000 dram (40 US dollars). They could give no indication of when new stocks would arrive.

WORST BELIEVED TO BE OVER

Armenia´s chief epidemiologist Ara Asoyan told reporters on January 8 that H1N1 was a seasonal disease that was common in the region.

“Regardless of laboratory confirmation, 80 per cent of the viruses circulating in the country are H1N1.  There is no point in conducting research.  We definitely know that the patients have this virus,” he said.

His statement did little to calm fears about the spread of the virus or what could be done to contain it in the future.

“If no laboratory tests are being carried out to determine whether it is H1N1 that has spread, how can you decide which vaccine needs to be imported to Armenia to avoid a similar situation next year?” asked Yerevan resident Sakapateyon.

However, officials said that this was standard practice.

“The instructions of the World Health Organisation indicate that virological testing is not a requirement,” said the ministry of health’s Vardanyan.

“A public statement was made, according to which presumably around 50 per cent of the cases of infection in this region or more are due to the H1N1 virus.  The clinical symptoms of the disease are described very clearly.  A doctor has the authority to treat H1N1 without virological identification.  This is not a mistake and not considered by anyone as an incorrect approach to the patient,” he added.

The worst seems now to be over, according to the ministry of health, which announced that school would resume on February 1.

Siranuysh Gevorgyan is a freelance journalist in Armenia.