Armenia Grapples With Economics of Union

Armenia Grapples With Economics of Union 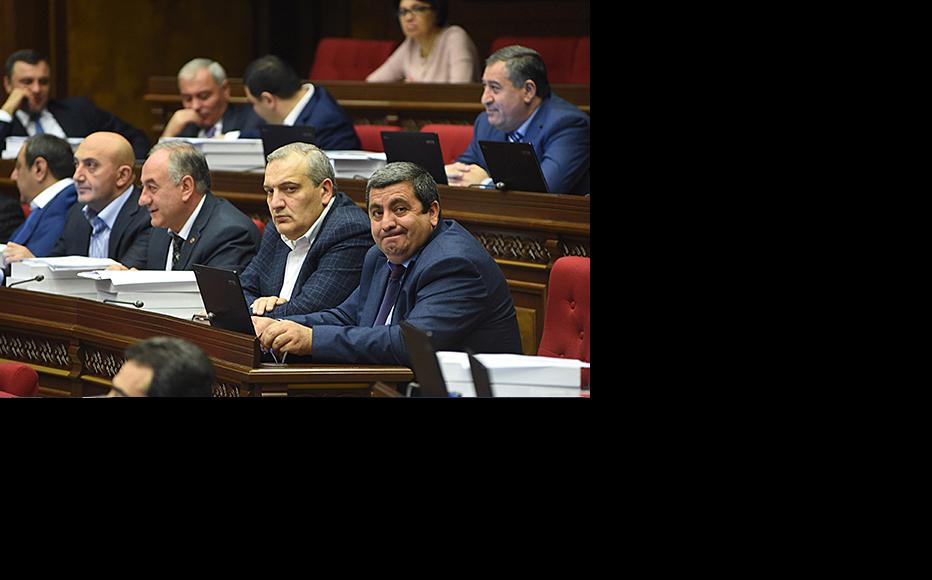 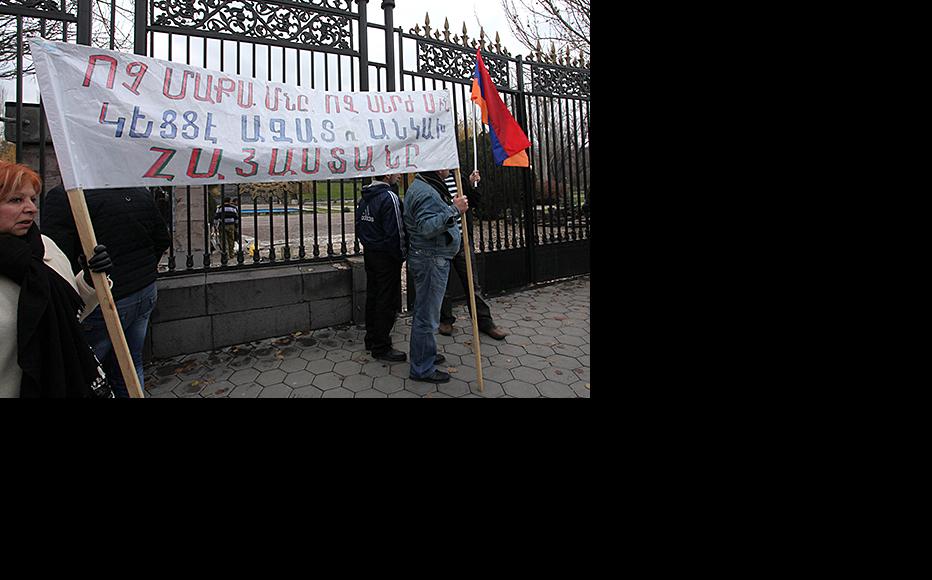 Protest against Eurasian bloc accession outside the Armenian parliament, December 3, 2014. (Photo: Photulur agency)
The link has been copied

As Armenia finalises arrangements for joining the Moscow-led Eurasian Economic Union, analysts say many practical obstacles remain before membership can benefit the country.

The Armenian parliament ratified the accession agreement on December 4 and Russia’s State Duma did so six days later. Of the other members, Kazakstan is in the process of ratifying the treaty – the lower house of its parliament did so on December 18 – while Belarus has yet to say when it will do so.

Armenia is supposed to join the Eurasian Economic Union on January 1, and a fifth former Soviet state, Kyrgyzstan is also expected to come into the bloc.

In September 2013, President Serzh Sargsyan announced plans to join the Russia-Belarus-Kazakstan Customs Union, signalling an end to years of negotiations on an Association Agreement with the European Union.

The Eurasian Economic Union, which has a broader remit than the Customs Union, was established in May. Member states will commit themselves to a set of common trade and customs policies.

Even last year, commentators in Armenia were worried about being drawn too close into Russia’s embrace, despite the long and cordial relationship between the two states. In 2014, Moscow’s behaviour towards Ukraine, its isolation from the West, and more recently its economic woes caused by sanctions and falling oil prices have only increased suspicions that its Eurasian project is much about politics as about trade. (See  Armenia's Eurasian Deal: Sell-Out or Fair Trade? on some of these issues.)

As accession looms, though, more practical economic implications are also being discussed in Armenia.

One thing that sets Armenia apart from other bloc members is that it does not have a common border with any of them.

At the moment, there is just one overland route to Russia, a key trading partner. But this highway goes through Georgia, whose relations with Russia are frosty, and the road can become impassable for months at a time due to snow and landslides in the high mountains of the central Caucasus range.

An alternative route does exist, in theory – a railway running down the Black Sea coast from Russia through Georgia. But that has been closed for years because part of it goes through Abkhazia, which declared independence from Georgia in the early 1990s and was formally recognised by Moscow after the brief war of August 2008.

Armenian economy minister Karen Chshmarityan says both Armenia and Russia are increasingly keen on pushing the rail project forward, and that discussions are taking place.

Despite the renewed interest, the wider political stand-off between Russia and Georgia makes an early solution to the rail impasse look doubtful.

As economist Vahagn Khachatryan points out, even with routes through Georgia working properly, there would still be questions about how customs controls would work for goods transiting between Eurasian union states through this non-member state.

“It’s likely that the old border arrangements will be augmented by new procedures that create additional difficulties for exporters,” Khachatryan told IWPR.

In response to concerns about Armenia’s physical isolation from other bloc members, President Sargsyan said in October that the lack of shared borders was “no obstacle” to building a common financial and economic regulatory environment or to investing in infrastructure and communications.

Other practicalities that the accession treaty does not cover have yet to be fleshed out. One issue still to be resolved is freedom of movement. Khachatryan noted that Armenian businesspeople still had to go through a formal registration process to be able to operate in Russia, unlike their Kazak and Belarusian counterparts.

Gagik Kocharyan, head of trade and market regulation at the economy ministry, says arrangements for the free movement of labour and goods will be simplified, with the result that Armenia will gain easy access to a market of some 170 million people. And in turn, he argues, Armenia could start pulling in investment from other bloc members because of the preferential trade deals it has with the United States, Canada, Japan and some European states.

The trade tariffs set by the Eurasian Economic Union could potentially clash with those of the World Trade Organisation (WTO), of which Armenia has been a member since 2001. Deputy Finance Minister Suren Karayan admitted as much during a parliamentary debate earlier this month.

But there are probably ways around it – Russia is itself in the WTO, and so is prospective member Kyrgyzstan.

Armenia will not be able to renegotiate terms with the WTO on its own; the terms of Eurasian bloc membership preclude this.

“The Eurasian treaty states that Armenia will not be an independent party to negotiations,” Karayan said. “It will mainly be the Russian Federation that takes part in the talks, as it is the only [current] member of the Eurasian Economic Union that is in the WTO.”

The average Armenian will be less concerned about international trade disputes than the effect Eurasian union membership will have on consumer prices.

Kocharyan noted that because the Armenian economy was weaker and prices were lower than in other bloc member states, it had been granted an eight-year deal in which it could maintain customs tariffs at their current level for imported cars, medicines, basic food items, and agricultural and industrial inputs.

Tariffs for many other imported goods will go up. The government commission in charge of accession arrangements has drawn up a list of thousands of imported goods, which shows that about 70 per cent of them are currently subject to lower customs duties than will apply after Armenia enters the Eurasian bloc. That is likely to bring a sharp hike in prices in the shops as retailers pass on the higher import costs.

Armenia, Russia
Economy
Connect with us