Safe disposal has become a major challenge for policymakers.

Safe disposal has become a major challenge for policymakers. 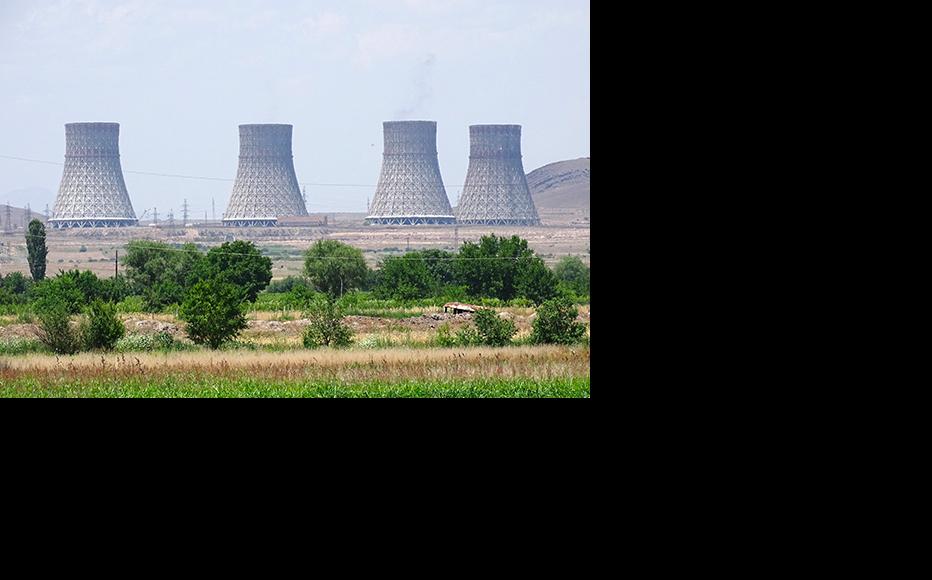 Concerns are growing over the safe management of radioactive waste from the Metsamor nuclear power plant, located some 30 kilometres from the Armenian capital Yerevan.

Environmentalists have repeatedly raised the potential hazards that the plant, where the first reactor dates from the 1970s, presents to agricultural lands and nearby settlements.

Now, the volume of radioactive waste that has accumulated for years due to a lack of safe disposal options means that a solution is urgently needed. However, the lack of specialist surveys, trained personnel and sufficient funding appear to have made it impossible to find an appropriate location.

The power station sits in the Ararat Valley, in the very heart of Armenia, and is surrounded by the towns of Armavir, Echmiadzin and Metsamor. Its first unit – now defunct - started producing power in 1976, and the second in 1980.

It was closed following the Armenian earthquake of 1988, but with Armenia’s economy devastated by the quake, the conflict in Nagorny Karabakh and the economic collapse that followed the end of the Soviet Union, energy shortages forced the authorities to reopen it in 1995.

Whereas the radioactive waste was once transported to Russia via rail where it was recycled or stored, it is now stored near Metsamor itself and its safe disposal has become a continuing challenge for policy makers.

The internationally accepted “polluter pays” principle in radioactive waste management is not practiced in Armenia, which has further complicated the issue.

In 2010, the ministry of energy and natural resources initiated a search for an area suitable for hazardous waste disposal near the settlements of Zangakatun and Urtsalanj in the Ararat region. However, resistance by locals and environmentalists put an end to the project.

The mission came up with 14 recommendations to improve its safe operation. During their 2013 visit, the OSART representatives noted that four of these recommendations, dealing with low and medium activity radioactive waste management, had not been enacted. Environmental groups have repeatedly reported that these points have still not been resolved.

In 2017, the government tasked the ministry of energy infrastructure and natural resources with developing and introducing an action plan on the safe management of radioactive waste and spent nuclear fuel. Introduced in 2019, this action plan is intended to run until 2026.

As part of this, a national Disposal of Radioactive Waste operator, under the ministry of territorial administration and infrastructure, has responsibility for transportation, recycling and storage.

However, there is no information on this Disposal of Radioactive Waste company on the ministry’s official website. The ministry’s director general, Mikayel Sargsyan, said that the operator’s functions were complicated, should be regulated, and that this was “underway”.

He added, “No one can answer such a question [on radioactive waste management]” unless there are expert surveys.”

Asked why such surveys were not being carried out, Sargsyan answered that he did not know.

Inga Zarafyan, an environmental activist and director of the Ecolur informational NGO, told IWPR that there was no open discussion on radioactive waste with affected communities, independent experts or other interest groups.

“We think there is no safe place in Armenia for disposing of the radioactive waste generated, first because of high seismicity, then because of the dense population where places are available and finally several other factors,” Zarafyan said. She added that the priority needed to be recruiting specialist staff and conducting state level discussions on the issue, as well as ensuring adequate funding.

Approached for comment, environment minister Romanos Petrosyan said that he was unable to answer questions on radioactive waste hazards as the issue was beyond his department’s remit.

Zarafyan said that the government had mishandled the issue, noting that under the EU-Armenia Comprehensive and Enhanced Partnership Agreement (CEPA) signed in 2017, Yerevan should have presented a road map towards closing the nuclear power plant, which would also outline the issue of radioactive waste management.

“All we have is the old plan dating back many years. The [nuclear power plant] waste management is up in the air,” Zarafyan said, noting that it could not be enacted due to the usual problem of the lack of funds, personnel and resources.

The decision to join the Russia-led Eurasian Economic Union (EAEU) in 2015 meant the then-Armenian government decided to reverse its intention to decommission the plant and instead moved to extend the life of the second unit, which continues to function. To this end, Russia provided a 270 million US dollar loan and a 30 million dollar grant and the second block’s operation was extended until 2026.

“When the block is decommissioned [in 2026] tonnes of radioactive waste not due to be recycled will emerge,” Zarafyan said, adding that a solution meeting the norms of the International Atomic Energy Agency was needed.

“Such a platform [to store the waste] has not been selected,” she continued, noting that the issue has been raised in February 2020 during the Nuclear Energy Development Prospects in Armenia panel at an industry summit. The organisers, the Rosatom state corporation and the Hayatom research institute, did not offer any solutions.

Suren Papikyan, the minister of territorial administration and infrastructure, did not respond to repeated enquiries for comment.

Lawmakers Mary Galstyan and Sergey Movsisyan from the ruling My Step faction and Sarik Minasyan, from the opposition Bright Armenia – all members of the parliamentary committee on territorial administration, local self-government, agriculture and environment - also did not respond to requests for comment.