Critics claim leadership was too slow to focus on challenge ahead.

Critics claim leadership was too slow to focus on challenge ahead. 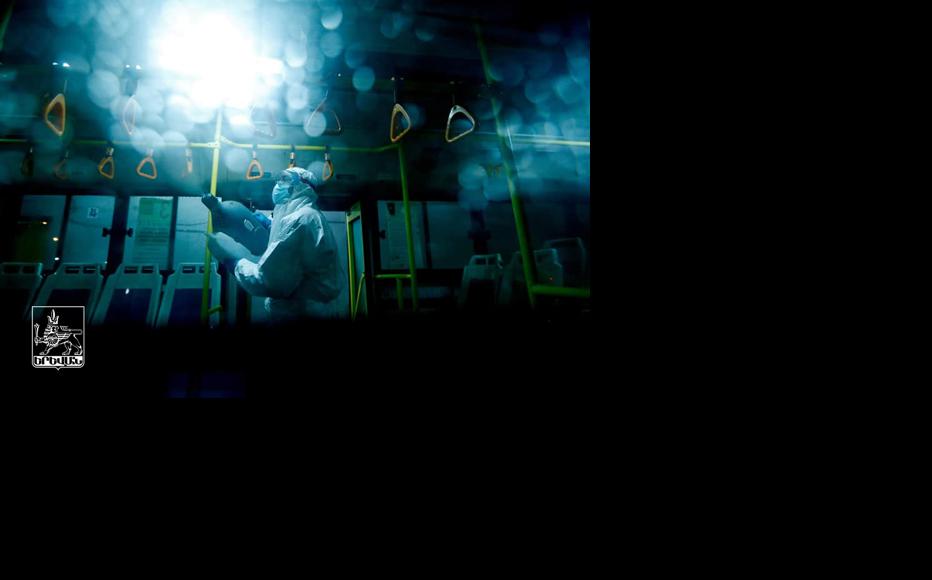 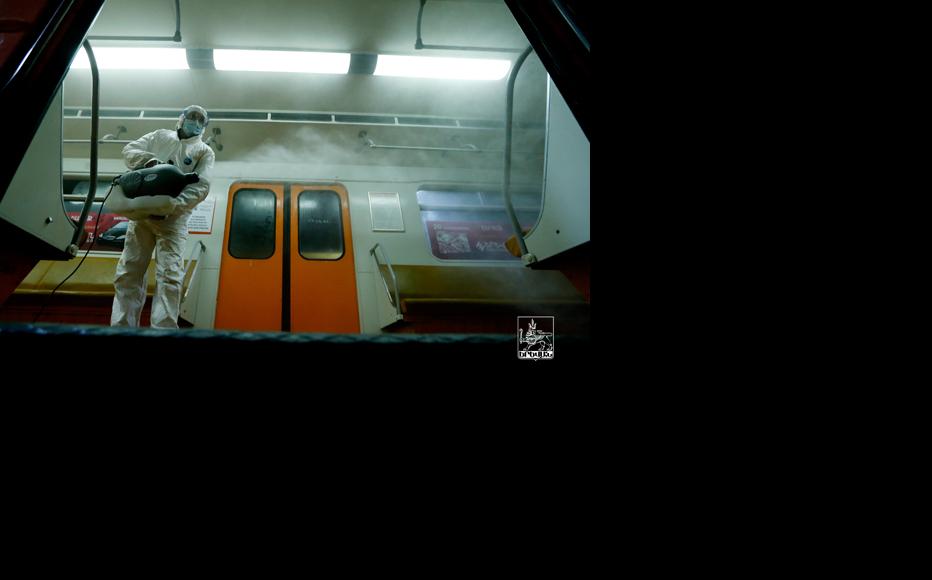 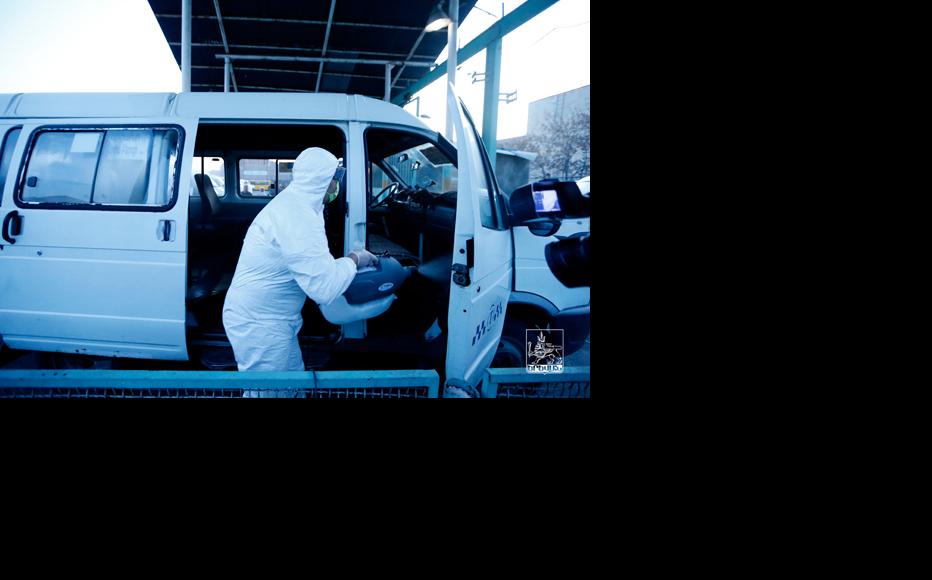 Analysts warn that Prime Minister Nikol Pashinyan’s government, which came to power on a huge wave of optimism for change, may be stumbling as it faces its first major crisis in the form of the coronavirus pandemic.

Armenia’s first case of Covid-19 was reported on March 1, when a 29-year-old citizen tested positive after returning from Iran. For ten days he was the only coronavirus patient in the country.

There was no real sense of panic until March 11, when three new cases were detected in the city Echmiadzin, 20 kilometres from Yerevan.

In a Facebook post on March 14, Pashinyan alleged that the 45-year-old who caused the outbreak had returned from Italy and “hid her illness”.

“Now we are facing the situation where three family members are infected with coronavirus - a woman from Echmiadzin, her husband and a nephew,” he wrote.

The following day, a quarantine was announced in Echmiadzin, followed on March 16 by a general state of emergency throughout the country.

All schools, universities, restaurants and shopping centres were closed with gatherings of more than 20 people banned and restrictions applied to the country’s border crossings.

The measures, which will stay in place until April 14, were announced at a cabinet meeting which was broadcast live to emphasise that the government was acting with full transparency.

Championing accountability has been at the core of Pashinyan’s political success. He came to power in May 2018 after protests brought down then-President Serzh Sargsyan and his Republican party.

His major election pledge in the subsequent December 2018 elections was to fight corruption and deal with the consequences of decades of endemic graft.

Although his popularity has remained high, analysts say that his administration has been slow to institute decisive reforms, and his response to this major crisis has also been deemed patchy.

The state of emergency in the country also postponed the much-anticipated constitutional referendum, which would remove seven of the nine current judges, and was set to take place on April 5.

Pashinyan’s commitment to his signature policy of judicial reform had been so strong that he had earlier announced he would take leave from his prime ministerial duties to campaign on the referendum, although he reversed this decision on March 12.

Political strategist Armen Badalyan said that not only had the government been slow to act but that the prime minister himself had appeared to prioritise the upcoming referendum over public safety.

“I think the steps taken by the Prime Minister in this situation were wrong, because in the beginning there was a very frivolous attitude to the epidemic,” Badalyan said. “Let's remember he said, ‘our nation has immunity, we will disinfect this virus with homemade vodka’. The prime minister was fully involved in the April 5 referendum to ensure good results… so he started fighting the epidemic late and didn't take it seriously because the referendum was more important to him.”

Badalyan warned that Pashinyan handling of the situation had left him politically vulnerable.

“We see that the number of infected people in our country is increasing, in contrast to Georgia and Azerbaijan,” he contninued. “If the opposition conducts a decent campaign in the future using this fact, Pashinyan’s rating will fall significantly. If not, it will decrease, but not significantly. I think everything will depend more on the steps of the opposition, how well they can act professionally.”

Political scientist Abraham Gasparyan said that although the 2018 parliamentary elections had provided the authorities with a high level of legitimacy, trust in them had subsequently begun to fall. People’s expectations had not been met, and predicted increases in salaries and pensions had only been small.

He agreed that the response to the crisis had been less than decisive.

“The biggest criticism of Pashinyan was caused by the fact that he continued his own PR campaign,” Gasparyan said. “Then after the first incident in Etchmiadzin, serious steps had to be taken immediately. It was necessary to urgently convene a meeting of the national security council, because this is a question of national security. But the council did not act. In the meantime, they called a government meeting which was limited to speeches.

“The citizens of our country need to learn not only the daily news, but also to understand that the state… has a strategy and packages designed for such situations. They should have taken action sooner, when the virus was first detected,” Gasparyan said.

Public perceptions had been further damaged by the 57.5 million dollars of bonuses awarded to ministries and departments in 2019, he continued.

“All this affects the reputation of the prime minister,” Gasparyan said. “People today understand that with this money it would be possible to purchase more serious medical equipment, solve the problem of food security, evacuation or isolation. He has to take serious steps, otherwise I think that the 70 per cent legitimacy [the government] had two years ago will reach to a low of 50-55 per cent,” Gasparyan concluded.

Despite such criticism, others argued that Pasjinyan had shown resilience and flexibility in managing the situation.

“This government is in direct, permanent communication with the public working openly and transparently,” Edgar Vardanyan, the editor of Detector.am, told IWPR. “They do make mistakes, but what we see is that they also learn the lessons and correct the mistakes, they understand and are responsive to the public pressure and criticism.”

Indeed, the government quickly backtracked over a decision to curtail media freedom, having announced shortly after the state of emergency was introduced that journalists covering the virus could report only official, government-sanctioned information or face large fines.

Ashot Melikyan, chairman of the Committee for the Protection of Freedom of Speech told IWPR that the decision “seriously limits the functioning of the media.  It is now the police who decide which message may cause panic and which does not”.

However, after 11 media and human rights organisations issued a letter of protest, Pashinyan rescinded much of these restrictions at a March 26 cabinet meeting, allowing journalists to cover virus-related issues freely as long as they included official comment.

The next challenge for the government will be how to weather the significant economic ramifications of the crisis, not least the country’s close ties with Russia. Not only do many Armenians work in the fields of construction, trade and services there, but Russia is also their largest trade partner and market for agricultural products and raw materials.

“The deterioration of the economy in Russia will lead to the emergence of many economic and social problems: the reduction of purchase of goods, including goods exported from Armenia, which are mainly in demand on the Russian market,” Asatryan told IWPR.

Armenians due to leave the country for seasonal work in the early spring will be unable to travel due to closed borders, with domestic and foreign tourism also badly hit.

“The decline in tourism will have a large and significant impact on the country's economy, resulting in shrinking services and trade, which are currently a significant area of employment in Armenia,” Bagrat Asatryan told IWPR.

To alleviate some pressure, 11 out of Armenia’s 17 banks announced that they would suspend loans, which means that both individuals and individual entrepreneurs will be exempt from paying installments until May 15.

Coronavirus Pandemic, Giving Voice, Driving Change - from the Borderland to the Steppes
Armenia
Crisis, Coronavirus
Connect with us