Are Kazaks Happy About Closer Ties to China?

Ever-tighter links appear to be alarming some ordinary citizens.

Are Kazaks Happy About Closer Ties to China?

Ever-tighter links appear to be alarming some ordinary citizens. 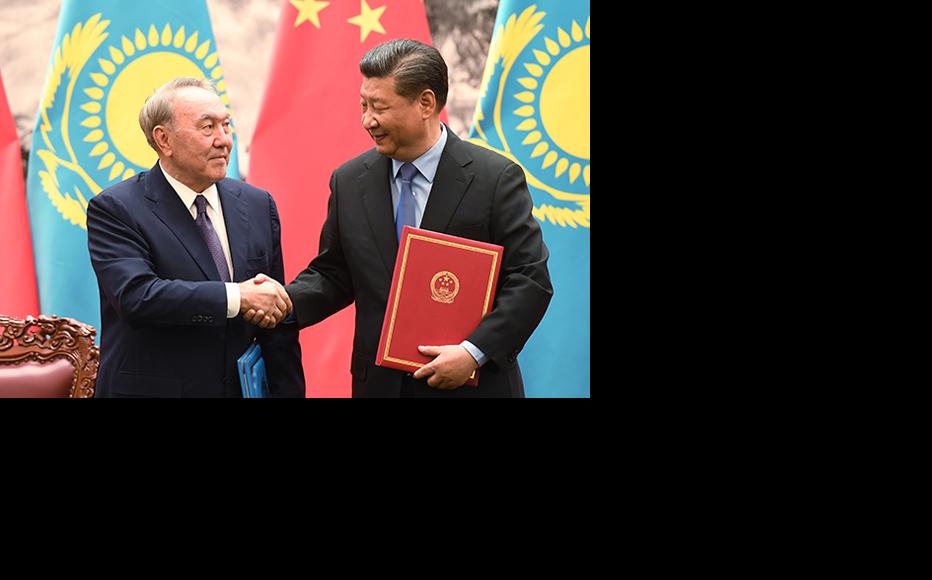 Ties between Kazakstan and China are growing stronger than ever before, with the two neighbouring countries cooperating closely on more and more multi-billion US dollar economic and geo-strategic projects.

Ordinary Kazak citizens, however, appear to be getting increasingly suspicious of rising Chinese influence in their country. A series of incidents since a highly successful summit between Kazak president Nursultan Nazarbayev and China’s leader Xi Jinping in early June seem to highlight rising anti-Chinese sentiment.

The Beijing meeting resulted in nine new agreements, including a 727 million dollar Chinese loan for Kazak road building as well as the establishment of a joint Kazak-Chinese Eurasian Nurly [Bright] Investment Fund.

In addition, China announced its intention to transfer 51 domestic enterprises to Kazakstan and invest 26 billion dollars in their ongoing work, creating many new jobs.

“[Since 2012] we have signed 127 bilateral documents for the total amount of nearly 67 billion dollars,” Nazarbayev told the Chinese leader, according to the press service of national holding company Baiterek.

“Our cooperation has become even more stable as part of implementation of your initiative on the construction of the Silk Road Economic Belt.”

Nazarbayev also told Chinese news agency Xinhua that since 1991 China had invested 16 billion dollars in Kazakstan. Currently, he said, about 1,200 Chinese and joint Chinese ventures operate in his country.

But despite the bilateral meeting’s success, a number of episodes in subsequent weeks appears to show that not everyone feels positively towards the strong alliance.

On June 22 in Talgar, a satellite town of the capital Almaty, crowds of angry young people broke up the wedding meal of a mixed Kazak-Chinese couple.

Some protestors had even travelled from other regions, organising on social media to ensure the young Kazak woman would not be able to celebrate her marriage to a Chinese man.

Due to their threats, every restaurant in Talgar refused to host the newlywed’s celebration banquet which was eventually held in an undisclosed location.

Just over a week later, on the night of July 1, around 100 people in the southern Kazak town of Chimkent broke into a jointly-owned Chinese-Kazak business. Video footage they posted online showed the crowd lining up Chinese workers living in the dormitory there, verbally abusing them before warning them to leave Kazakstan within 24 hours.

That same night, vandals tore down Chinese-language signs and posters at Sary Ozek station, near a jointly-owned Kazak-Chinese cement plant in the Almaty region.

There have been no prosecutions relating to these incidents, but analysts fear they indicate growing resentment of Chinese influence among a younger generation. Discourse on social media also appears to be following this trend.

According to the Kazak minister of national economy, Timur Suleimenov, the government’s debt to China is 12.5 billion dollars.  For ordinary Kazaks, with little information about the terms of such loans and the infrastructure projects they fund, these figures appear overwhelming.

“We have a series of failures in our relationships in this regard,” said Murat Auezov, Kazakstan’s first ambassador to China, explaining that not all bilateral issues had run smoothly. “We have failed on the issues of cross-border rivers, disputable land plots, etc. Also, Kazakstan has huge debts to China, which cannot be explained [satisfactorily to the Kazak public].”

He continued, “As for China, we can see a geostrategic foreign policy towards both Kazakstan and Central Asia. Kazakstan builds roads, runs oil and gas pipelines, and all these lead to the solidification of the Chinese presence in Kazakstan.”

Auezov pointed towards China’s vast One Belt, One Road infrastructure project for a clue towards Beijing’s ultimate intentions.

“One Belt is a territory covered by the Silk Road in the Eurasian territory, but what does One Road mean? I, a person who has been engaged in China for a long time, understand that this is a kind of fitting everyone into the Chinese [social and political] model,” he concluded.

This summer’s disturbances were not the first time Kazaks have expressed anti-Chinese sentiments.

In the spring of 2016, rumours that land reforms would allow Chinese people to buy swathes of property in Kazakstan led to nationwide protests.

When minister of national economy Yerbolat Dosayev said that 1.7 million hectares of land would be auctioned, many assumed this meant selling them to Chinese agricultural producers as a way for Kazakstan to pay off its debts.

The police cracked down on the protests, the worst Kazakstan had seen for two decades, and two of the leaders - Max Bokayev and Talgat Ayanov – were jailed for five years. Nonetheless, Nazarbayev announced a moratorium on the land code amendments.

Previously, in 2012 in Atyrau in the west of the country and in 2015 in Ayagoz district – in east Kazakstan - there were mass brawls among Kazak and Chinese employees in joint ventures. Dozens of people, mostly Chinese citizens, were hospitalised.

The Kazak employees in many joint ventures complained about discrimination, including unequal wages and worse working conditions than their Chinese counterparts. In a further insult to their national pride, Kazak workers at some plants said that they were forced to listen to the Chinese anthem.

Another sensitive issue is that of ethnic Kazaks being held in Chinese so-called political education centres.

China has been detaining those it deems “politically unreliable” at these institutions, which human rights groups say are more akin to penal colonies. Inmates are often from Turkic Muslim minorities.

According to Radio Free Asia, there are currently up to 120,000 ethnic Uighurs detained in several dozen centres in the Xinjiang Uighur Autonomous Region.

Since last year, the Chinese authorities have also begun to send ethnic Kazaks living in China to these institutions.

There is no precise data, but in an interview to Radio Azattyk, the Kazak service of RFE / RL, one ethnic Kazak, Kairat Samarkan, said that more than 3,000 had been detained.

Organisations supporting migrant workers have held a number of events to raise awareness of their plight. As a result, the Kazak ministry of foreign affairs sent a note to their Chinese counterparts on February 18, 2018 about the oppression of ethnic Kazaks.

Ahead of the June visit, China released nine out of 12 ethnic Kazaks who were being held at one centre.

Although China has not responded officially to the manifestations of anti-Chinese feeling in Kazakstan, some Kazak citizens report increasing difficulty in obtaining a visa to visit the neighbouring country.

Andrei Gundarev is a travel agent who specialises in organising tours to Tibet.

“Now people cannot get individual Chinese visas at all, all they can get is a multi-entry visa for 700 dollars,” he said.

“So they refuse to travel to Tibet because it turns out to be very expensive. Also there are huge obstacles to getting a multi-entry visa as it requires at least two previous individual visas. Group visas are also a problem. You can get a visa for five persons and enter Tibet, but it’s difficult to find five people in one town. So, this situation has affected my small business a lot.”

Andrei Grishin is a human rights activist and IWPR-trained journalist based in Almaty.

Giving Voice, Driving Change - from the Borderland to the Steppes
Kazakstan
Diplomacy, Economy
Connect with us