An Arab Model for Democracy

The time is ripe to crystallise a creative vision for Egyptian democracy, one that can perhaps be used as a model by other Arab countries.

An Arab Model for Democracy

The time is ripe to crystallise a creative vision for Egyptian democracy, one that can perhaps be used as a model by other Arab countries. 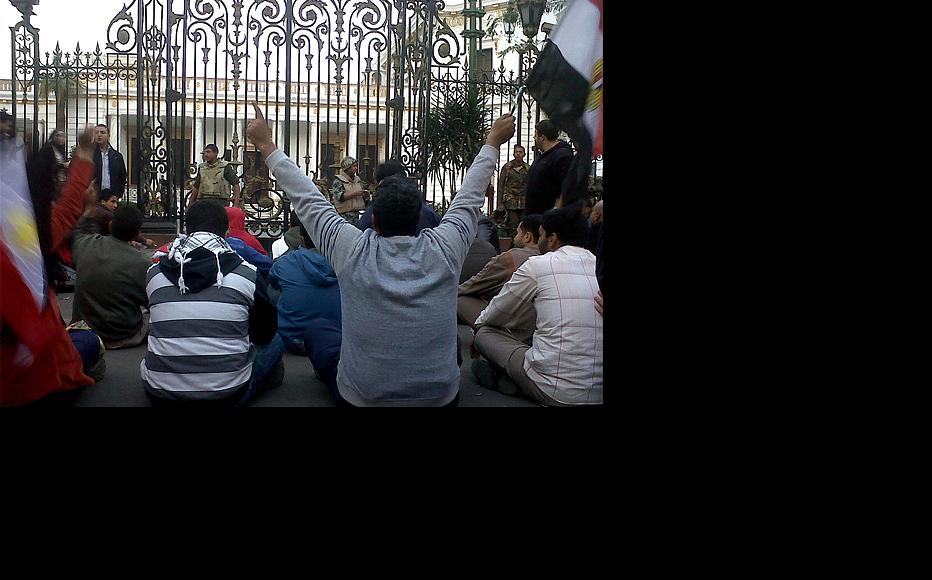 If Egyptians are to create a democratic system that suits them, then they must dare to further unleash the creativity so abundantly demonstrated in this revolution. (Photo: Monasosh/Flickr)
The link has been copied

On Friday, February 18, as many as two million Egyptians gathered in the (now-aptly named) Tahrir (Liberation) Square for what was dubbed the Friday of Victory and Continuity ('Victory march' fills Cairo square).

And the assembled throngs – resembling all at once a World Cup victory celebration, Hyde Park speakers’ corner and a performing arts festival – had plenty of reason to celebrate. The revolution had succeeded, just one week earlier, in toppling - one could even say dethroning - Hosni Mubarak (Mubarak: the life and times of a dictator), the country’s pseudo-king for the past three decades.

But announcing victory is somewhat premature. The revolution will not be truly victorious until the old regime is replaced completely by a free and fair system that responds to the will of the people, as well as triggering a profound process of social evolution (From political revolution to social evolution).

The protesters and organisers were well aware of the dangers ahead and the Friday of Victory was a subtle warning to the army that reneging on the revolution’s demands was not an option people were willing to contemplate.

Ever since Mubarak’s ousting on February 11, the army’s supreme council has been in charge of the country. In the 18 days it took to topple Mubarak, the army won many fans among the Egyptian population for its intelligent and relatively enlightened handling of the demonstrations and its support for what it called the “legitimate demands” of the people, which prompted demonstrators to coin the slogan that the “army and the people are a single hand”.

Although the public expression of this high level of trust was partly tactical, in order to keep the army on side against Mubarak’s state security apparatus and other assorted thugs, it still caused me a certain amount of concern.

The army may have extended a hand of peace to the population but what about its other hand: is it holding an olive branch or getting ready to slap the people in the face or, worst, crush them with a fist of steel when the opportunity arises?

It is the army which has run the country for the past 60-odd years, during which time Egypt has not had a single civilian president. That said, Mubarak, though he was a military man, had sidelined the army with his “businessmen’s cabinet” and his strengthening of state security.

It is certainly possible that the army could be dealing with the people in good faith, reluctantly executing what amounted to a coup d’etat when Mubarak refused to go and hand over his powers to an interim council.

Then again, the military might see this as the perfect opportunity to re-launch its star, especially as it has suspended the constitution and dissolved parliament, ostensibly to meet the demands of the revolution, but effectively creating a situation of martial law which can potentially be abused.

So vigilance must be the order of the day. The Coalition of the Youth of the Revolution, one of the main forces behind the demonstrations, has vowed to continue mass protests until the revolution’s demands are met, including the ending of the decades-old state of emergency, the creation of a transitional presidential council and a technocratic government drawn from across the political spectrum, as well as a clear timetable for the holding of free and fair parliamentary and presidential elections.

But in addition to this constant grassroots pressure, perhaps it is also time for the revolutionaries to force the army’s hand by creating certain facts on the ground. For example, the military has created its own constitutional review committee, headed by the prominent judge Tarek el-Bishry, to oversee the crafting of a new constitution. Although Bishry is highly respected among most of the opposition, the demonstrators need to ensure that the new document meets the people’s demands and expectations.

One way to do this is for the revolutionaries to set up their own parallel committee drawn from across the political and social spectrum, whose members will not only deliberate among themselves but will launch a broad public debate on the content of the new constitution. In order to gather input from every strata of society, the power of traditional, online and social media can be harnessed, as well as good old-fashioned surveys.

Moreover, to guarantee maximum legitimacy and to avert any chance that the army or any other vested political interest can manipulate the process, the popular committee should pledge that any document it produces will be put to a referendum.

The time is also ripe, given that any action or inaction now will have ramifications far into the future, to crystallise a creative vision for Egyptian democracy, one that can perhaps be used as a model by other Arab countries.

At present, little or no effort is being made to articulate a democracy that meets local circumstances and needs. This is understandable, given that the revolution has a multitude of immediate concerns to deal with. Nevertheless, if Egyptians are to create a system that suits them, then they must dare to further unleash the creativity so abundantly demonstrated in this revolution.

One concern that has regularly been voiced is that, after 60 years of either one-party rule or a toothless multi-party system, Egypt has been left with few viable political movements on which to found its democracy. Moreover, the youth who launched and steered this secular revolution do not fit easily or comfortably into any of the existing political parties.

In Egypt, there has been talk of relaxing the country’s draconian rules on party formation to allow all political currents to create their own movements in time for the elections. There is also the option of allowing protest movements, such as the 6 April Youth Movement and Kefaya (Enough), to register as parties.

However, even if a slew of new parties can be set up in time for elections, they will be, with the exception of the Muslim Brotherhood and the reinvented secular opposition parties, largely unknown to the public.

In my view, this contemporary reality provides us with an unprecedented opportunity to rethink the mechanics of democracy, and especially the party political system. Given that they provide certain advantages, such as unity of purpose and discipline, political parties are the cornerstones upon which most governments around the world, whether democratic or not, are built.

But they suffer from certain drawbacks, such as the pressure they exert on members to toe a party line, even if they do not believe in it. In democracies, perhaps the most acute example of such party tyranny is the first-past-the-post system. In the United States, for instance, the system has evolved to the point where voters only have two realistic options to choose from and many feel that the two main parties are so alike that they do not provide true alternatives.

Egypt would be better served with a flexible, representative democracy in which individual candidates run, whether for parliament or the presidency, on their own merit and personal manifesto. This will provide individual politicians with the flexibility to vote according to their conscience and the will of their constituents, while organising informally around certain issues of the day.

For example, on certain key issues – such as youth unemployment, gender rights, social policy, trade and foreign policy – groups of politicians of similar conviction can form temporary, unofficial alliances, rather like the Egyptian opposition has already been doing for several years.

Over and above this, politicians can be kept in check through a hybrid direct democracy in which the people are consulted directly on vital issues and in which concerned citizens who are unhappy with certain decisions taken by their representatives or wish to launch their own initiatives can take immediate action, if they gather enough signatures, rather than have to wait for the next elections to voice their views.

Egyptians have a golden opportunity not only to reinvent their country’s politics but to reinvent democracy itself.