Lod is economically depressed, but that has not led to ethnic strife in this unusually mixed Israeli town.

Lod is economically depressed, but that has not led to ethnic strife in this unusually mixed Israeli town. 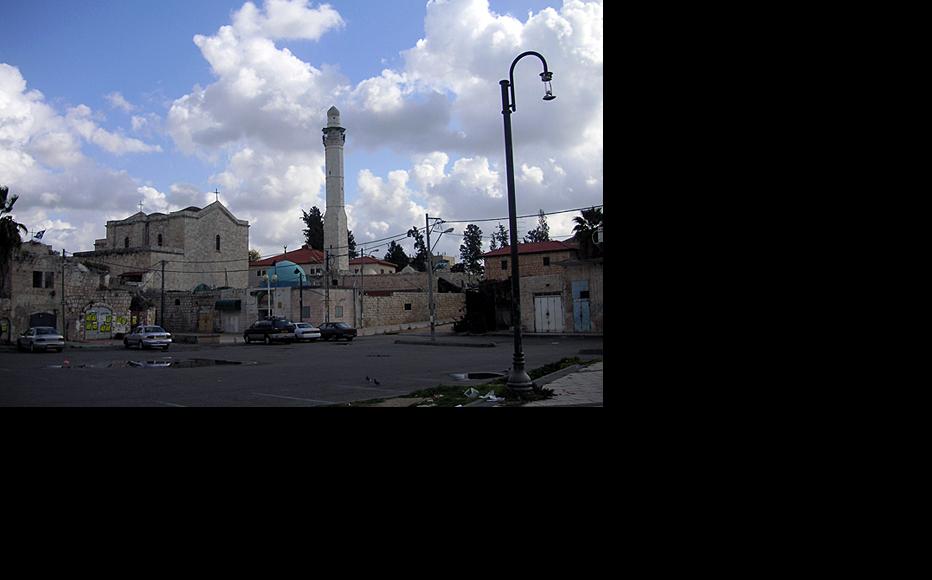 Lod’s old town, with the Church of St George and a mosque beside it. (Photo: George Nikolaus/Flickr)
The link has been copied

In other circumstances, Lod, a richly diverse Israeli city of 70,000 people – a quarter of them Arab, and many of the Jewish inhabitants from minority immigrant groups – could be a leafy commuter neighbourhood.

The site of the ancient city of Lydda and the birthplace of St George, Lod is just 12 minutes by train from the heart of Tel Aviv, even closer to the country’s main airport, Ben Gurion, and a 40-minute drive away from the capital Jerusalem.

But as well as being one of Israel’s most diverse cities, Lod is without a doubt among the most deprived.

Last month, right-wing lawmaker Anastassia Michaeli from the Yisrael Beiteinu party came here to highlight her new proposed “muezzin law”, which would regulate public broadcasts of the Muslim call to prayer from mosques.

She chose Lod, no doubt, because it is one of the few places in Israel where the sound of the muezzin can regularly be heard by Jewish residents. Even in Jerusalem, locals say the call to prayer is pretty muted in Jewish areas. In Lod, everyone lives jumbled up together.

So maybe she also wanted to exploit the supposed ethnic divisions in a place which for most Israelis, is synonymous with crime, drugs and deprivation. Michaeli herself has since fallen from favour, suspended for a month in January 2012 for throwing a cup of water over an Arab member of parliament during a Knesset session).

Residents say they have the best community relations anywhere in the country, which one older citizen smilingly puts down to them all sharing the same problems.

In Ahmed’s grocery shop, non-kosher Arab cheese sits along Russian pickled tomatoes and Palestinian tahina paste from Nablus. The 52-year-old was born in Lod, just like his father and grandfather before him.

“There is no doubt that Arab-Jewish relations here are the best in the whole country,” he said. “And life has improved, with a higher class of person moving here. After all, property is cheap, and it’s near Tel Aviv. The problem is that there is nothing here for young people, no place for them to go and nothing to occupy them. So they get involved in all kinds of nonsense.”

In a nearby store, a Jewish shopkeeper has a more jaundiced view of the city. Emigrating from Russia in 1991, he settled in Lod and opened his grocery shop five years later, only to move to the more upscale town of Rehovot in 1999. It’s only a 20-minute commute, but a world of difference, he said.

“I had to look after my kids,” he added. “I was afraid they would get into drugs if we stayed living here.”

Lod is famed for once hosting the notorious “Cashpoint Alley” – a dingy side-street where money posted through holes in walls would produce packets of drugs handed back in exchange.

Nonetheless, Mira Marciano, 42, a fashion designer and social activist who runs the local Scout troupe, is proud to have lived here all her life.

“There is a stigma attached to Lod,” she says. “I’m not saying that it’s all nonsense, and that there is no violence and no drugs here, but there are plenty of good things too.”

“Community relations here work perfectly,” she continued. “Everyone has the same problems and nationalism doesn’t come into it. There is some tension, but it’s mostly Arab youths hassling Jewish kids and even this would be solved if they had proper access to education and more opportunities.”

The central problem in Lod is the lack of adequate infrastructure, she says.

“It’s true that young people have nowhere to hang out here but that’s not the core of the issue. What’s the point of having a nice cafe if you look outside and you see this dilapidated city?”

Things may about to change. Although mismanagement is said to be rife – the city has had seven mayors in last 15 years – the Israeli government last year approved a five-year, 160 million shekel investment plan to address some of Lod’s problems. A student village is being built as part of the rejuvenation efforts, and some of the locals predict an imminent property boom.

Lod’s ethnic tranquillity will, I hope, survive any process of gentrification. But it won't stand a chance of moving upmarket if politicians insist on stoking racial tensions.

The Arab Spring
Israel
Reconciliation
Connect with us