A Chechen journalist recalls the part Anna Politkovskaya played in his life – and that of many others.

A Chechen journalist recalls the part Anna Politkovskaya played in his life – and that of many others. 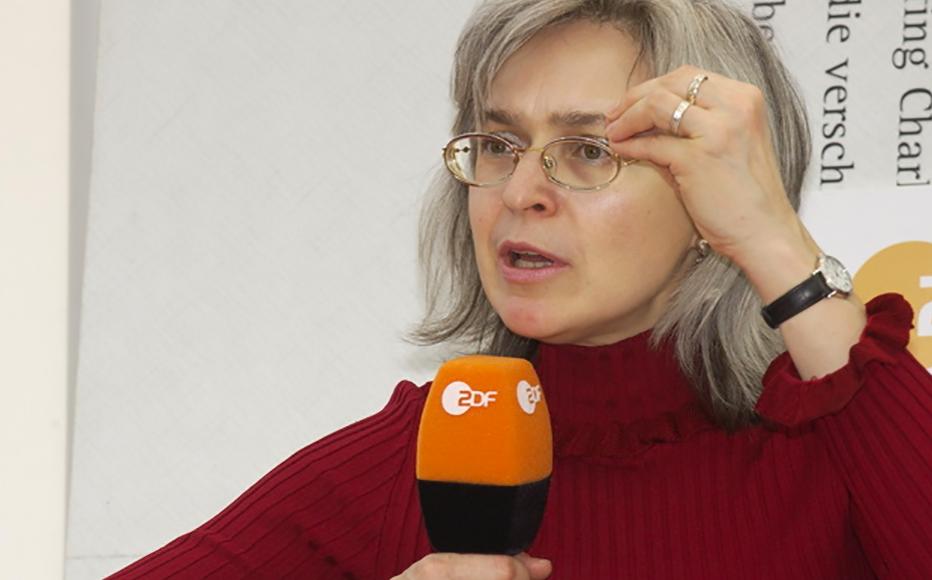 Just over two years ago, the newspaper of which I was both editor and publisher ran into trouble. We couldn’t go on, as every print house in the North Caucasus had refused to print “Chechenskoye Obshchestvo” - someone high up had pressured the police into stopping us publishing.

It was during a presidential election campaign in Chechnya, and clearly someone feared that independent reporting might interfere with the Kremlin’s man getting in.

I travelled the length and breadth of the North Caucasus but couldn’t find a printer willing to deal with us. But one day the phone rang – it was Anna Politkovskaya, who’d heard about the problems we were having. Up until that point, I was barely acquainted with this renowned reporter for the Moscow-based paper Novaya Gazeta.

“Timur, I’ve heard you’ve got a problem,” she told me, getting to the point immediately. “I’ve spoken to my editor and we’re prepared to offer you a page in Novaya Gazeta so you can at least tell readers what’s going to be in your next edition.”

I responded by thinking aloud, “We need to think how to do it.”

But Politkovskaya – never one for shades of grey - cut me off, saying, “What’s there to think about? What good is that to me?” And the next issue of Novaya Gazeta duly came out with a whole page devoted to an account of the problems we were having, and excerpts from some of our reports.

That wasn’t the last time I was helped by Anna Politkovskaya. When I won the Andrei Sakharov prize for Russian journalism, one of the jury members told me I got it because she fought my corner.

Politkovskaya herself won a huge number of human rights and journalistic awards both at home and abroad. She often travelled to other countries to speak as an expert on Chechen and Caucasian affairs – and used every such occasion to talk about the problems facing Chechnya, not as a free trip to Europe, as her detractors sometimes said.

“It’s very, very important. Opportunities to be heard by important people in Europe come up only rarely, so one can’t miss them – one needs to get the most out of them,” she said.

For people in Chechnya, Politkovskaya was tantamount to a miracle-worker.

Zareta Hamzatkhanova, a researcher with the Memorial human rights group’s office in Grozny, worked with Politkovskaya on the case of Mehti Mukhayev, a man wrongly convicted of a crime. She said her colleague was fuelled by her nerves.

“She wrote about the torture this man had suffered and told his story in full, with no thought for the possible repercussions it might have for her,” said Hamzatkhanova.

People in Chechnya had faith in her. “Just about every person that came to the Memorial office with a problem asked to meet Politkovskaya. They all thought that if Politkovskaya wrote about their case it would really help,” said Hamzatkhanova. That was actually true – many of the major human rights issues in Chechnya became widely known about because she wrote about them.

“There was always a queue to see her,” recalled Novaya Gazeta’s chief editor Dmitry Muradov. “I’d tell her, you can’t save all the Chechens, you’re not their Joan of Arc. But she insisted that she could.”

Fatima Tlisova, editor of the Regnum news agency’s North Caucasus service, worked with Politkovskaya on several occasions and recalls how she had “her own particular style – all exclamation marks and full volume”.

“Of course, you can write in plain narrative style about the things she was describing, but she was trying to shout her message across,” said Tlisova.

Tlisova believes the murder of Politkovskaya was designed to intimidate Russian journalists in the most public way possible, and she fears the tactic may work. “They’re saying that her murder will awaken the public’s social conscience, but I am worried that the opposite will happen – her passing will make journalists censor themselves,” she said.

In the case of my newspaper, Politkovskaya’s attitude had recently begun to change. She felt we were becoming too uncritical of developments in Chechnya and of leading political figure Ramzan Kadyrov.

On one occasion she wrote to me complaining, “What a pity your newspaper has begun to change, definitely for the worse. It’s a shame ‘Chechenskoye Obshchestvo’ has joined the ranks of those with fallen reputations.”

In fact, there had been changes in Chechnya and in Russia itself – you were no longer allowed to write the things you could have done five years ago.

But it was as if Politkovskaya was oblivious to this – she carried on writing as she’d done five, even ten years earlier. And that was what they killed her for. Her death has become a symbol of those changes.

Tatyana Lokshina, the head of the Moscow-based human rights centre Demos has often visited Chechnya, and sums up Politkovskaya’s contribution as follows, “Among the few Russian journalists who dared to write the truth about the second [1999-2005] Chechen war, Anna Politkovskaya undoubtedly stands in first place.

“It’s almost impossible to believe she’s no longer with us. She wrote about this dangerous subject for so long, she travelled in the region and took such immense risks that many of us came to believe she’d gone beyond the danger point and nothing could happen to her.”

Lokshina recalls how Politkovskaya received threats in 2001 after publishing material alleging human rights abuses at “filtration camps” in Chechnya, and had to leave the country for a while. “But she returned and continued doing the same work,” said Lokshina.

The June 2004 publication of an interview with Ramzan Kadyrov, who later became Chechnya’s prime minister, was another landmark event for Politkovskaya. Again, her friends and colleagues thought it was time for her to call a halt. But as Lokshina said, “She didn’t stop. And it all seemed to pass over.”

“Anna’s reporting was uncompromising, with nothing left out, and it gave her almost iconic status among readers in Chechnya, Russia and abroad,” said Lokshina. “The possibility that she could be killed off in casual fashion seemed unthinkable – it would have been a monstrous, crazy, inhuman crime and would have created a scandal the Russian authorities just couldn’t afford.

“But we were wrong to think that. Anna’s been murdered.”

So what happens now? According to Lokshina, western journalists and politicians are suggesting that there is almost no one left to tell the truth about Chechnya and the rest of the North Caucasus – “the torture, the abductions, and other monstrous crimes against civilians”.

But she insists they are wrong.

“To fall silent now would be to play into the hands of Anna’s killers, to bury her a second time, and to allow her life to be dismissed,” said Lokshina. “That cannot be allowed to happen. One can’t allow oneself to be afraid.”