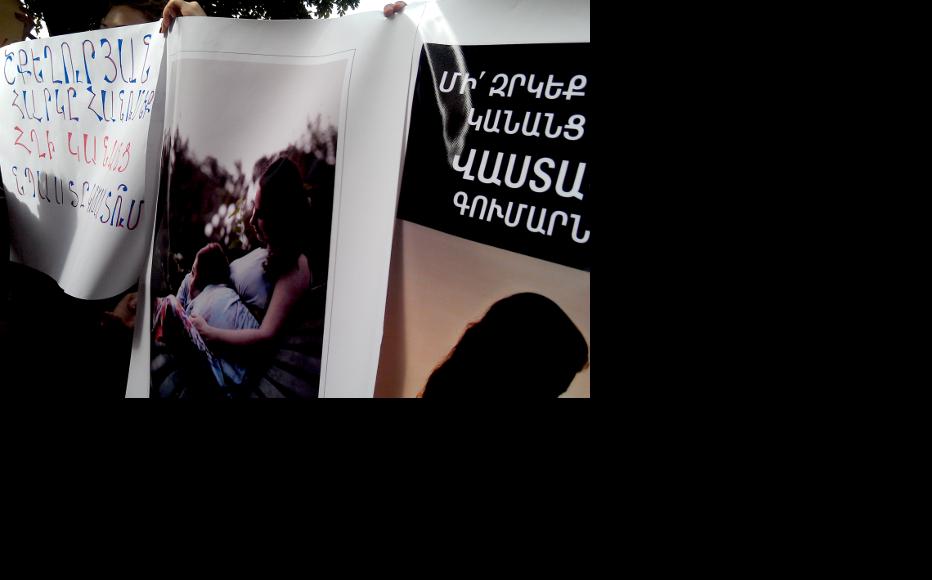 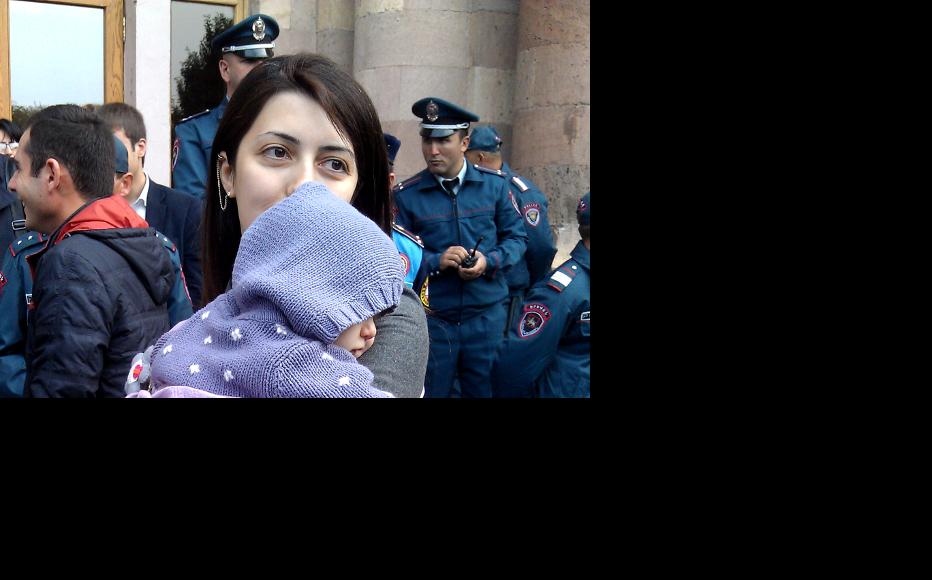 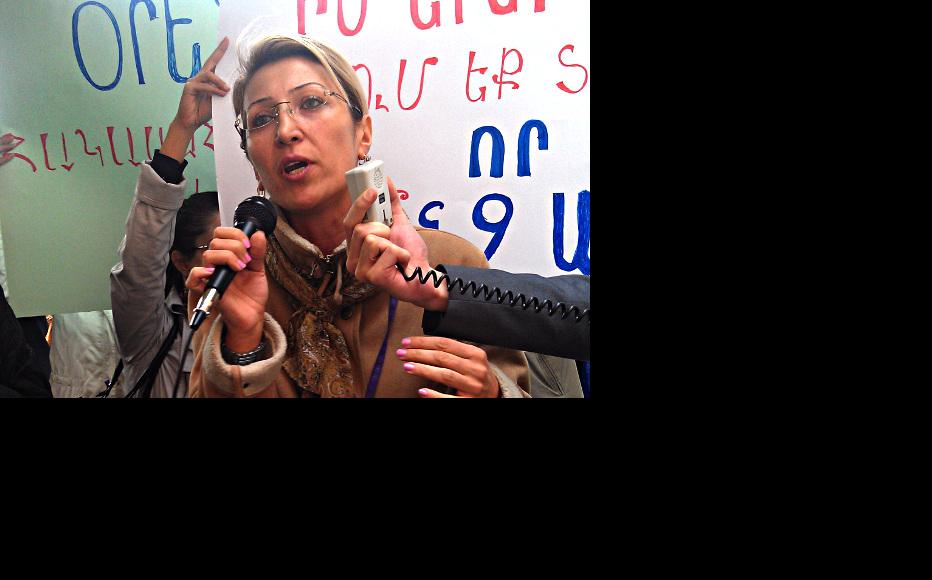 Working  mothers in Armenia are outraged at a bill currently before Armenia’s parliament, which – if it is passed – will cut the benefits they can claim during maternity leave.

Amendments to two benefits laws went before parliament on September 25 and the labour ministry is currently working on revisions.

The planned changes have sparked protests – one on October 11 outside the Armenian government building, a second at the same location on October 23, a third outside parliament four days later, and finally another demonstration  outside the government on October 30.

Women in employment currently get maternity benefits equivalent to 100 per cent their monthly paypacket, pro rata covering a 140-day period, both antenatal and postnatal.

The proposed changes would cut these benefits and apply a sliding scale – anyone in employment for under a year would get benefits equivalent to 40 per cent  of her monthly pay, rising to 60 per cent if she has been employed for up to three years, and 80 per cent for longer.

The law would also cap the one-off benefit paid on the birth of each child to 2.4 million drams (6,000 US dollars) for the first and second and 2.5 million drams (6,200 dollars) for subsequent ones (the actual sums can change as they are calculated from a notional “minimum wage”.) At the moment this benefit can be significantly higher as it too is based on actual earnings.

Finally, the bill also envisages cutting the entitlement period for the 18,000 dram (43 dollar) monthly child benefit from two years to one.

Speaking to reporters on October 23, Labour and Social Affairs Minister Artem Asatryan defended the reforms, saying there was no other country where maternity pay was 100 per cent of wages.

Asatryan said the country could not afford to pay current levels of benefits, the total cost of which had increased nearly threefold in four years.

"We looked at the number of births, the rate of wage rises, and the amount of sick leave, and found that these indicators had not changed – they had not tripled,” he said.

Smbat Saiyan, deputy head of the ministry’s welfare department, added that wages were rising at five or six per cent a year, but the benefit bill was spiralling so that if things continued as they were, the cost would go from 12 billion drams this year to 30 billion in 2025 (from three to 7.5 million dollars).

According to minister Asatryan, the reform is not just about cost-cutting, it “is primarily aimed at eradicating injustices”.

While maternity benefits for working women will be reduced, welfare payments for unemployed mothers will increase. At present, they only get a one-off payment of 50,000 drams (125 dollars) on the birth of the first and second child, and one million drams (2,500 dollars) for subsequent ones. The bill provides for unemployed women to get the same kind of benefits over 140 days as those who are in work, although the amount has yet to be decided.

The labour and welfare ministry says that 13,000 working women are currently receiving maternity benefit, and 30,000 unemployed mothers would become eligible.

Tatev Davtyan, a campaigner with a civil movement that represents pregnant women, says the bill is a “stab in the back" for mothers-to-be at the very moment they most need state support.

"Armenia does not support working mothers who…. pay income tax of 26 per cent and contribute to the budget and thus help implement many social programmes,” she told IWPR.

Inessa Muradyan, who has taken her baby son along to demonstrations, said, "The government is forcing us to leave a two-month-old baby and go out to work, because otherwise it’s quite impossible to support [a child].”

Another campaigner, Mane Tandilyan, warned that the changes could accelerate Armenia’s demographic crisis by reducing birth rates and increasing emigration.

"How can they create conditions like this in a country with such high levels of emigration? How can they insult working women capable of doing jobs and of bearing children?” she asked.

Women’s rights groups in Armenia say the bill runs contrary to the revised European Social Charter, a treaty of the Council of Europe of which Armenia is a member, which states that maternity pay should be as close possible to actual salary.

"This is a serious problem in terms of social justice,” Heghine Bisharyan, a parliamentarian from the opposition Country of Law party, told IWPR. “It makes no difference whether [a woman] has worked for one year or ten – the benefit paid during maternity leave should be calculated at 100 per cent of her actual wage.”

There are signs the government may be starting to listen. At a cabinet meeting on October 30, Prime Minister Hovik Abrahamyan noted that the bill had caused a lot of anger and it was important to ensure that no one lost out from the reforms.

The minister responsible, Asatryan, has promised that the final draft of the legislation will reflect recommendations made during public consultations.

In 2010, a virtually identical law was passed, but was severely modified after a campaign by women’s rights advocates.

Gayane Mrtchyan is a reporter for ArmeniaNow.com.