All Change for Armenian Politics?

All Change for Armenian Politics? 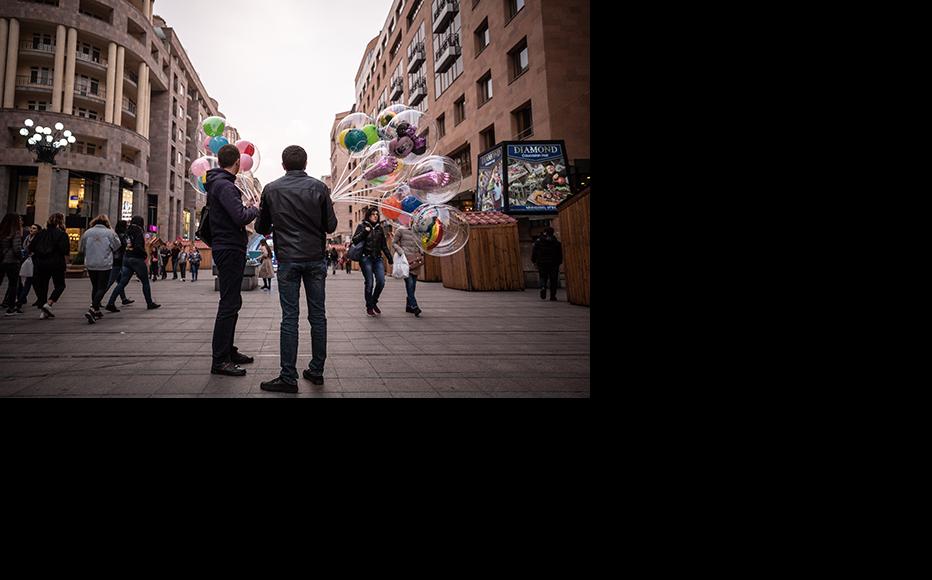 A street in Yerevan, Armenia. (Photo: Maja Hitij/Getty Images)
The link has been copied

Although 11 parties and alliances are due to take part in Armenia’s snap elections on December 9, the clear front-runners are My Step, headed by acting prime minister Nikol Pashinyan.

But analysts say that the elections will also be characterised by a fresh crop of new candidates and groupings energised by this year’s so-called Velvet Revolution.

Pashinyan came to power in May after a series of protests brought down then-President Serzh Sargsyan and his Republican party.

After seven months as prime minister, Pashinyan announced his resignation live on public television on October 16. He made clear that his intention was to trigger elections. In accordance with the modified Constitution, Sargsyan was re-elected as prime minister.

With the Republican party currently holding 58 mandates out of 105, these elections are the chance for My Step to win a parliamentary majority and advance its own political agenda. This likelihood was strengthened by the results of the recent Yerevan city council elections, in which the alliance won 82 per cent of the votes.

Artur Sakunts, head of the Helsinki Citizens’ Assembly Vanadzor Office NGO, said that he had high hopes for the coming elections.

“There is no climate of fear, no corruption mechanisms, no concerns about using administrative resources, no room for criminal authorities or mobs, which held back the possibility of holding free elections,” he said. “Now we don’t see any pressure against opposition political parties or their supporters.”

The campaign period will start on November 26, and candidates will have only 12 days to present their electoral agenda before the country goes to the polls.

The field is a mixture of the old guard and entirely new forces. The Republican party is running candidates, although Sargsyan is not among them. Other established parties, including Prosperous Armenia, the Armenian Revolutionary Federation (Dashnaktsutyun) and the Orinats Yerkir party - all part of current or previous Republican Party coalitions - are also taking part.

Others running for election registered only recently and are not well known, which analysts see as a sign of the changing political culture.

Daniel Ioannisyan, programme director of the Union of Informed Citizens Armenia, said in the past, the assumption was that to succeed in politics you had to engage in fraud, bribery and other illegal processes. This meant that those who sought social change did not pursue their aims through mainstream politics, he continued.

“That's why these people were trying to fight in other ways; some of them through civil society initiatives, others via journalism. There was also a group of people who considered themselves to be in a situation in which the incumbent power could only be overthrown by armed struggle,” he continued, in an apparent reference to the Sasna Tsrer or Daredevils of Sassoun party.

In July 2016, the party’s founding members, mostly veterans of the Nagorny Karabakh war of the early 1990s, seized control of a police station in Yerevan and held officers hostage following a two-week protest demanding Sargsyan’s resignation.

Ioannisyan said that Sasna Tsrer’s entry into the mainstream was a sign of the changing face of Armenian politics.

“They see that the current Armenian authorities are pursuing a more liberal policy, thus they are putting aside their ‘weapons’ to make politics. There were similar examples in the world when the armed struggle turns to a political struggle,” he concluded.

The Social Democratic Party Citizens' Decision (SDP), formed just a month after the revolution, is another new force running candidates in the election.

Artak Kirakosyan, a member of SDP’s executive, said that the decision to stand had been made the night before the deadline for nominations.

Kirakosyan, who has worked for 20 years in the NGO sector, including many years executive director of the Civil Society Institute, joined the action group in September.

“Actually, the NGO sector in Armenia is quite politicised. In fact we were forced to get involved in politics while being in the NGO sector as the whole party system was toxic, there was no aspiration to become part of it,” Kirakosyan continued.

He is convinced that the party will help shape a political setting open to all citizens.

“Our party was formed from two directions – the civil society sector and people fighting in the streets. We consolidated around common ideas such as shaping transparency and the organisation of political functions so that each and every citizen can have a chance to participate,” Kirakosyan continued.

There was now a huge opportunity – and responsibility  - for the parties to meet voters’ expectations, he said, adding, “We will have really fair, legitimate elections, and society will accept the results.”

Suren Deheryan is the founder-editor of data-news website Ampop.am and a former IWPR Armenia editor.

Giving Voice, Driving Change - from the Borderland to the Steppes
Armenia
Elections
Connect with us