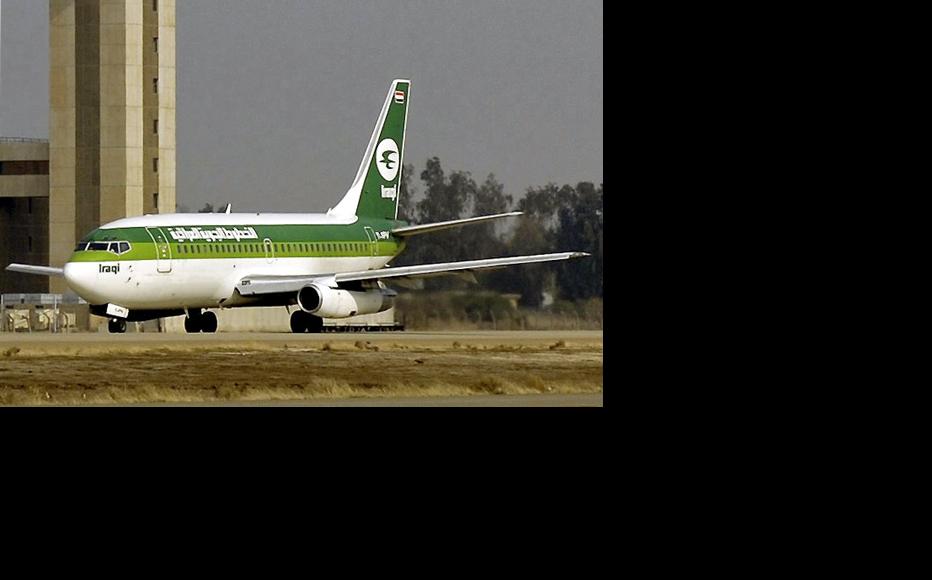 Legal wrangle: an Iraqi airlines 737-200 taxis in front of the control tower at Baghdad International Airport on Jan. 29, 2008. (Photo: U.S. Army photo by Sgt. Jerry Saslav)
The link has been copied

A fierce legal dogfight between the national airlines of Iraq and Kuwait has revived deep resentments over the 1990 invasion of Kuwait and sparked a protest at Baghdad airport.

The dispute has raged in British courts since shortly after the first Gulf War, with Kuwait Airways claiming it is owed 1.2 billion US dollars by Iraqi Airways for ten planes and tonnes of parts that were looted during the occupation by Saddam Hussein's forces.

Officials in Baghdad say the case is unjustified and diplomatically dangerous. Attorneys from both sides have traded verbal salvoes for years, each charging their counterparts with displaying no real commitment to resolve the case.

The case has been marked by charges of perjury, forgery and perversion of justice against Iraq. In turn, Kuwait has been accused of exploiting Iraq's instability and insulting the suffering of Iraqis under the Saddam regime.

Hundreds of protesters rallied at Baghdad International Airport on May 5 to denounce Kuwait's restitution demands. According to local media, a banner at the protest read, "Stop sucking the blood of Iraqis with your so-called compensation".

Despite its designation as a business dispute, the case is increasing tensions between the two countries to their highest point since last year when Kuwait insisted that Iraq continue paying war compensation, despite a steep drop in oil prices and the global downturn.

"The issue has become seriously dangerous,” Hassan Shaban, a Baghdad-based legal analyst, said. “If there is no agreement between Iraqis and Kuwaitis, it must come through intervention by the Arab League or United Nations. This case can’t go on like this, or it will deeply damage the future of aviation in Iraq just as it is beginning to recover."

The dispute resurfaced April 25 when the first Iraqi Airways flight from Baghdad to London was met at Gatwick airport by lawyers for Kuwait Airways. Armed with a 2004 British High Court injunction, the authorities froze the airline’s assets and confiscated the passport of Iraqi Airways director Kifah Hassan Jabbar. Attempts to seize the aircraft were unsuccessful, as it had been leased from a Swedish company.

A statement from the Iraqi ministry of transport after the incident said, "We are surprised by this escalation and provocation by the Kuwaiti authorities and their insistence on pursuing and harassing Iraqis when they tried to open a new window to the world and [a way] out of the suffering that they have lived through for several decades."

Jabbar's passport was returned following a May 5 hearing in which he promised to provide the court with a statement of Iraqi Airways’s global assets.

"Iraqi Airways has agreed to make available an official statement of global assets. They want to freeze all Iraqi Airways assets, but Iraqi Airways has no assets. It is very simple. So there is no case, inshallah (God willing)," said Saad al-Khafaji, a senior official with Iraqi Airways in Britain and Ireland, by phone from London after the hearing.

Khafaji said he was speaking on behalf of Jabbar, who was advised not to speak to the press.

He said the case would not affect the airline’s current twice weekly flights between Baghdad and London via Sweden using a leased plane. Its other flights to places like Dubai and Istanbul are also unaffected.

Khafaji said the action also would not stop the airline receiving new Bombardier regional jets from Canada, despite legal action by the Kuwaiti side in Canada. He said four of the planes had already been delivered.

The sum of 1.2 billion dollars had grown over the years of legal action partly through court penalties and interest and partly through the Iraqi side’s own incompetence, he said.

"Whenever the Kuwaitis made a claim in court, and we didn’t respond, the court ruled in favour of the Kuwaitis. The reparation demand didn’t exceed 200 million dollars in 2000, but it has doubled and doubled until it has now reached 1.2 billion dollars. That was a big mistake on our part, otherwise we wouldn’t be talking about this large amount," Khafaji said.

As it stands, all Iraqi Airways assets will remain frozen in British banks until either party applies to the court. Kuwait Airways lawyer Chris Gooding said the information submitted, along with Khafaji's claim of Iraqi Airways's lack of assets, will be the subject of cross examination in the next hearing. No date for the hearing has been set.

"Frankly, where I'm sitting the claim of having no assets just doesn't ring true,” said Gooding of Fasken Martineau, which has represented Kuwait Airways in the case since 1990.

“They are operating flights to England and Sweden and other places on a regular basis and they are presently re-fleeting to the tune of billions of dollars," he said, referring to Iraqi Airways's pending purchase of 47 new aircraft from the United States and Canada.

Iraqi officials have repeatedly claimed they have made restitution offers and pledges of friendship only to be rebuked. Some have said it was unfair that Iraq be held accountable for the actions of the former regime and questioned why Kuwait Airways chose to work outside a UN-established reparations fund that has so far accumulated more than 27 billion dollars from Baghdad.

"The Kuwait Airways issue has been exaggerated by the Kuwaitis who have attached political dimensions to the case. Kuwait has to respect the will of the Iraqi people and stop taking advantage of the circumstances in Iraq for the purpose of retribution," Adnan Bilaibl, director of Iraq's civil aviation authority, said.

"What Kuwait is doing is unjustified and this needs to be stopped because things are getting dangerous," he added.

Khafaji blames the current crisis on mismanagement by former Iraqi Airways officials and the intractable nature of Saddam's government. He said Kuwait had offered to settle the dispute for 150 million dollars in 2000, but the Baghdad government declined.

"Iraqi Airways has always been unlucky in this matter. We have been a victim of the criminality of the former regime and the negligence of the successive cabinets since 2003," he said.

"But because the minister of transport has officially invited the Kuwaiti side to sit at the table and settle the case and they have refused, Iraq is not going to pay 1.2 billion dollars. It is impossible. No Iraqi official will agree to sign a payment of such an exaggerated sum."

According to a court document obtained by IWPR, British judge David Steel wrote in 2006, "In my judgement, the evidence is overwhelming that IAC [Iraqi Airways] has throughout this litigation pursued a deliberate and sophisticated policy of non-disclosure, suppression and concealment of relevant documents."

Gooding maintained that "patience has run out" for Kuwait Airways after 20 years of litigation. He said the case is being handled in a British civil court as a matter between two commercial entities, and does not involve the actions of past governments.

"In the past, there have been discussions towards a negotiated settlement,” Gooding said. “The position of Kuwait is they will listen to any sensible offer that's backed by cash, but they won't respond to hopes and dreams.”

Ali Kareem is an IWPR-trained journalist in Sulaimaniyah.
Mohammad Furat is an IWPR local editor in Erbil.
IWPR Iraq editor Charles McDermid contributed to this report from Sulaimaniyah.