Officials want alliance to offer something concrete this autumn, if membership plan isn't on the table.

Officials want alliance to offer something concrete this autumn, if membership plan isn't on the table. 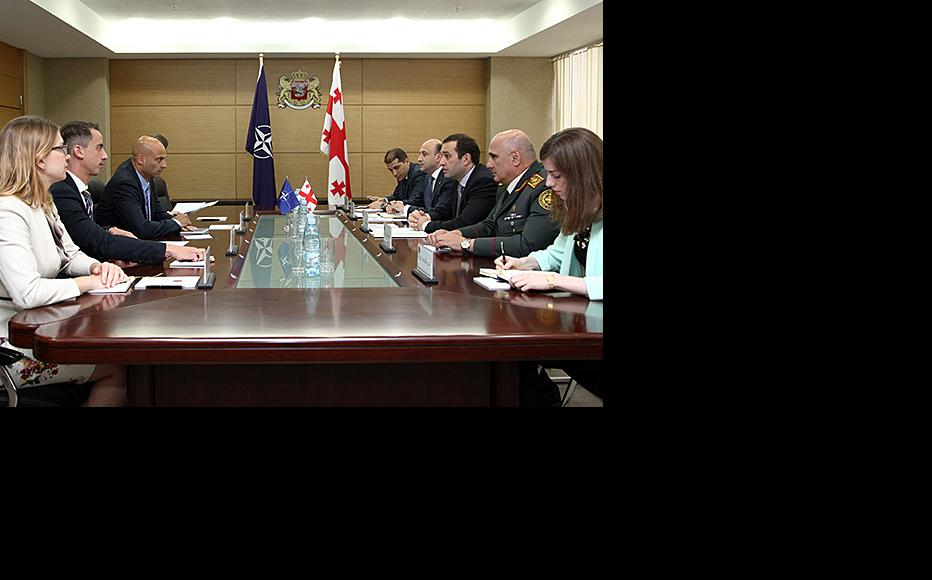 After securing a long-awaited agreement with the European Union, Georgians are now looking ahead to a NATO summit in September, although they already know the door to membership is not going to be opened.

Together with Ukraine and Moldova, Georgia signed an EU Association Agreement on June 27, together with a “deep and comprehensive free trade agreement”. The deal carries political as well as economic significance, as it signals a decisive step away from Moscow.

Until recently, many Georgian politicians were hoping that NATO would offer the country a Membership Action Plan (MAP), which would open the way towards joining the alliance. A MAP was hinted at during a NATO summit held in Bucharest in April 2008, but it was ruled out as an immediate prospect when NATO foreign ministers met in Brussels on June 25.

Instead, NATO has offered Georgia “unprecedented” steps to improve cooperation, which could include a new training centre, long-term membership of NATO’s rapid-reaction force, and an official invitation to attend the alliance’s strategy discussions.

“We decided in Bucharest in 2008 that Georgia will become a member of NATO provided, of course, that Georgia fulfils the necessary conditions. And the package we will prepare for the [September] summit will bring Georgia closer to NATO,” NATO Secretary General Anders Fogh Rasmussen said on June 4. "There has been good progress, especially in making the defence and security sectors more transparent and accountable. We look forward to further implementation of reforms and we will continue to assist you in this process."

Although that sounds encouraging, United States president Barack Obama, speaking in March, made it clear that Georgia had no chance of entering NATO any time soon.

"Neither Ukraine or Georgia are currently on a path to NATO membership. And there has not been any immediate plans for expansion of NATO's membership,” he said.

Such comments caused anger among many Georgians who feel, particularly in light of Russia’s intervention in Ukraine, that NATO membership would offer an important security guarantee.

“We need to inform them of the dangers and threats facing Georgia. The government has to do some serious work here,” said Tornike Sharashenidze, a political analyst with the Georgian Institute of Public Affairs.

The opposition United National Movement (UNM) has also blamed the government failing to come away from the meeting in Brussels with the offer of a MAP.

“Without it, the September summit will fail to produce the result that Georgia needs just as it needs air,” said Giorgi Kandelaki, who speaks for the UNM.

Foreign Minister Maia Pankikidze was upbeat, however, predicting that the NATO summit would still be a success for Georgia.

“A communiqué will be issued confirming that the decision made in Bucharest in 2008 remains in force. I think we should be happy with that,” she said, noting that she would be urging NATO to recognise Georgia’s progress “not just with a declaration but with concrete steps”.

Elene Gotsadze, the head of the NATO and EU information centre in Tbilisi, agreed, saying Georgia should be content with whatever the alliance decided at the summit in Wales.

“We need our diplomats, our government and our people to do all they can to make sure the cooperation package we get is a broad one, so that after the summit Georgia is better protected and better integrated into NATO,” she said.

James Appathurai, Rasmussen's special representative to the Caucasus and Central Asia, told Georgian television that the secretary general wanted to open a training centre in Georgia as part of NATO’s Partnership for Peace programme.

“I am sure [the summit] will reconfirm the Bucharest commitment that Georgia will be a NATO member, and clarify the progress Georgia is making on that path,” he wrote on his Facebook page. “I know there is disappointment among many that a MAP will not be granted, but actually Georgia IS moving closer to NATO, maybe not through a giant step, but at a steady pace. And that is the result of the hard work, and good diplomacy, of the Georgian government, present and past.”

Analysts warn that the government currently has no strategy for the eventuality that NATO has nothing substantive to offer.

“If the NATO summit ends with nothing for Georgia, then the government could falter, thus assisting anti-Western forces in the country,” said Dmitri Moniava, director of the Centre for Strategic Communications. “A small country cannot survive without security guarantees. If we remain too long in a halfway, mid-air position, it could end in catastrophe.”

Nino Gerzmava is an IWPR-trained journalist in Georgia.

Georgia
Diplomacy
Connect with us