Despite talk of a mass walk-out, African Union members are not united in opposing the international court, experts say.

Despite talk of a mass walk-out, African Union members are not united in opposing the international court, experts say. 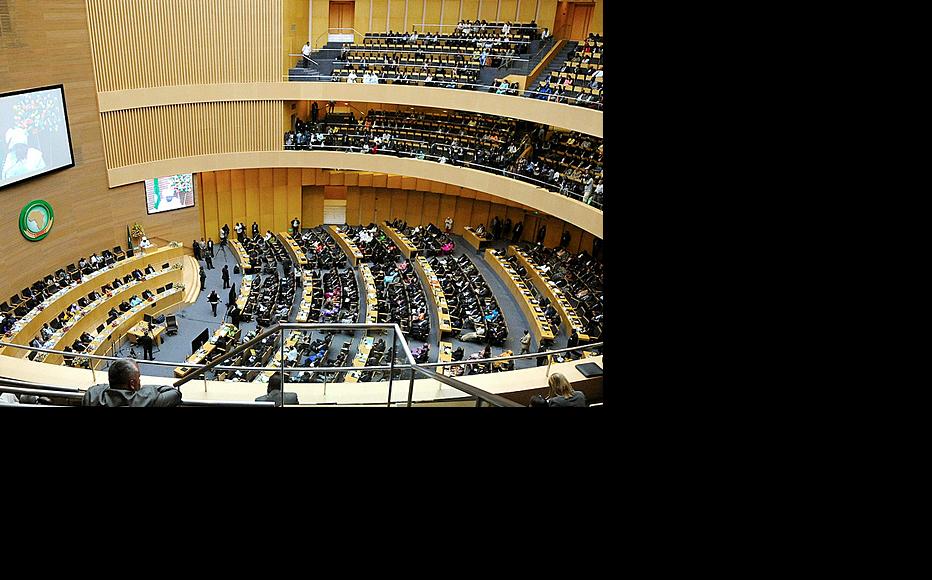 African Union Summit in Addis Ababa, Ethiopia. Thirty-four African countries are fully signed-up members of the ICC but, in May, the African Union voted by 53 states to one to ask judges in the Hague to refer the cases back to Kenyan courts. (Photo: US Department of State/Flickr)
The link has been copied

Analysts are downplaying fears that African Union members will embark on a mass withdrawal from the International Criminal Court (ICC), ahead of an emergency summit in Addis Ababa next week.

Virtually the whole of the two-day African Union (AU) meeting, which was called by the governments of Kenya and Mauritania, will be dedicated to discussing the bloc’s relationship with the ICC.

The October 11-12 gathering follows a motion passed by Kenya’s upper and lower houses of parliament last month to take the country out of the ICC because of the trials of its president, Uhuru Kenyatta, and his deputy, William Ruto. The parliamentary decision has yet to be formally turned into a bill, but Kenyan officials have been seeking lobbying for a broader withdrawal of African states from the Hague court.

Kenyatta and Ruto have been charged at the ICC, along with former journalist Joshua Arap Sang, with orchestrating the violence that erupted following a disputed presidential election in Kenya in December 2007. All three are charged with murder, persecution and forcible population after more than 1,100 people were killed and 650,000 fled their homes in the chaos.

The ICC has come in for criticism from officials in Africa ever since Kenyatta and Ruto were elected this March. At Kenyatta’s inauguration ceremony in April, Ugandan president Yoweri Museveni accused the ICC of “blackmail”.

The chairman of the AU, Ethiopian prime minister Hailemariam Desalegn has accused the court of “hunting Africans,” a reference to the fact that the court is yet to open an investigation in any other part of the world.

In May, AU member-states voted 53 to one in favour of asking the ICC to drop the cases against Kenyatta and Ruto, so that they could be dealt with instead in Kenya’s national courts. In July, the AU wrote to the court’s presidency to inform it of the bloc’s wishes. The presidency responded that such a request should be made directly to the judges in the two Kenya cases. The AU has yet to take further action on this.

In September, ICC judges accepted a request from Burundi, Eritrea, Rwanda, Tanzania, and Uganda to submit legal arguments to the court on why Ruto should be allowed to miss hearings in his trial in The Hague to enable him to remain in Kenya.

All eight countries that currently have cases at the ICC are in Africa. Of those, five – Uganda, the Democratic Republic of Congo, Central African Republic, Ivory Coast and Mali – invited the ICC in to investigate crimes that had occurred on their territory. Crimes in Sudan and Libya were referred to the court by the United Nations Security Council. In Kenya, it was former ICC prosecutor Luis Moreno Ocampo who initiated the investigation “proprio motu”, a legal term meaning “on his own impulse”.

Thirty-four AU states are signatories to the ICC’s founding treaty, the Rome Statute.

The wrangling over the Kenya cases follows previous AU anger about the indictment of Sudan’s president, Omar al-Bashir, for genocide and war crimes in Darfur. In 2009, the AU asked the UN Security Council to quash the ICC charges against Bashir on the grounds that they were inhibiting the peace process in Darfur.

In a speech to the UN General Assembly last week, Tanzanian president Jakaya Kikwete highlighted the AU’s dissatisfaction with the court.

“The ICC continues to ignore repeated requests and appeals by the African Union,” he said. “This attitude has become a major handicap that fails to reconcile the court's secondary and complementary role in fighting impunity.”

He was referring to the fact that individual countries have primary jurisdiction over crimes committed on their territory. But the ICC can legally launch an investigation and bring prosecutions if a state is unable or unwilling to do so.

Kikwete said the ICC’s continuing cases against top Kenyan officials had backfired. “Indeed, the court’s rigidity has proven counterproductive and stands to undermine the support it enjoys in Africa,” he said.

Tiina Intelmann, the head of the Assembly of States Parties – the body comprising all 122 members of the ICC – has noted the AU’s concerns and has written to Desalegn and the chairman of the AU Commission, Nkosazana Dlamini-Zuma, urging the bloc to focus on discussing issues that could be brought before all the ICC member-states when they gather for their annual meeting in The Hague on November 20.

“I hope that any meetings of the African Union or of African states parties prior to November 20 would focus on consolidating suggestions to be presented to all states parties, bringing forward ideas and concrete proposals for action to the assembly,” Intelmann wrote.

Despite the emergency nature of the AU summit and the widespread criticism of the ICC in Africa, analysts are sceptical that Kenya can marshal the support it requires to engineer a mass withdrawal from the Rome Statute. Any decision to withdraw from the ICC would need to be supported by at least two-thirds of AU members.

Ibrahim Tommy, of the Centre of Accountability and the Rule of Law in Sierra Leone, told IWPR that Kenya had failed to win the support of key states.

“At the moment, there are some influential powers on the continent, including South Africa and Nigeria, who do not seem to be convinced by the new chorus of mass withdrawal,” Tommy said. “While Kenya is a major economic force in East Africa, it hasn't done a good job of endearing itself with West and North African countries to be able to bring them on board. Plus, they haven’t given themselves enough time to elicit support of most member-states.”

Tommy said that it was unlikely that Kenya would use the forthcoming AU meeting to table a resolution on a group withdrawal, because “it would be a huge blow” if it could not muster enough support to get it passed.

South Africa, Botswana, Nigeria, Senegal and the Democratic Republic of Congo are seen as firm supporters of the court.

Analysts in South Africa have expressed similar doubts. Ottilia Anna Maunganidze, a researcher at the Institute for Security Studies in Pretoria, said a mass pull-out by African states was unlikely.

But Maunganidze predicted that AU officials would deliver “some harsh words for the ICC and perhaps a specific statement telling it to back off on Kenya”.

“Our assessment is that the AU summit will not go as far as a mass pull-out from the ICC,” Maunganidze added. “While there are some countries that have voiced their discontent with the ICC, there remain some firm supporters of international criminal justice on the African continent.”

In addition, as Maunganidze pointed out, the procedures required for a country to withdraw from the ICC make a mass exit by AU members even less likely. Most states would need a mandate from their own parliament, which individual presidents would then have to approve.

“[Withdrawal] might seem likely in theory, but not so in practice,” Maunganidze said.

The AU has been trying to expand the jurisdiction of the African Court on Human and Peoples’ Rights so that it could try individuals for mass crimes. However, that proposal is seen as a reaction to the cases against Ruto and Kenyatta, and plans to develop the regional court are hampered by a lack of funding and infrastructure.

Nonetheless, legal experts point out that even if African countries withdrew from the ICC, that would not make them immune from future investigations. As with the cases in Sudan and Libya, the UN Security Council can ask the ICC to investigate crimes in non-Rome Statute states.

In the unlikely event that the AU does support a mass withdrawal from the ICC, James Mwamu, head of the East African Law Society, says that the justice process will not stop.

“The criminal justice system will go on with or without the African nations pulling out,” he said.

Supporters of the ICC have discouraged AU states from withdrawing.

Steve Lamony, a senior advisor at the Coalition for the ICC, called on African leaders to consider the plight of the victims who, in the absence of the court, might have nowhere else to turn to for justice.

“As African leaders prepare to meet behind closed doors in Addis Ababa, they should be worried and concerned about what legacy they will leave in the wake of the Kenya trials,” Lamony said. “If they choose to protect suspected senior government officials from prosecution, who will protect the powerless African victims and who will speak for them?”

Claire Duffy, of the International Bar Association in The Hague, said that while the ICC is by no means a perfect model, African leaders need to embrace it in the fight to punish gross human rights violations.

Walter Menya is a reporter for The Sunday Nation Newspaper in Nairobi.

This article was produced as part of a media development programme by IWPR and Wayamo Communication Foundation in partnership with The Nation Group.