Customers in southern province complain that they are being treated unfairly.

Customers in southern province complain that they are being treated unfairly. 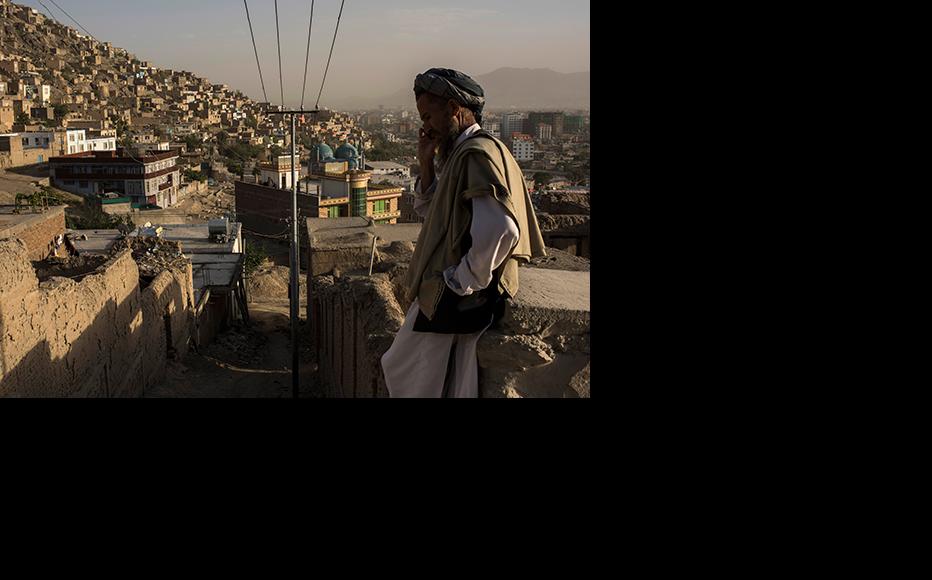 A man talks on the phone in the western neighbourhood of Kabul known as TV Hill. (Photo: Andrew Renneisen/Getty Images)
The link has been copied

Mobile phone users in Helmand say that they are angry over the high charges they are being asked to pay for telecommunication services.

Consumers argue that networks demand disproportionately high tariffs compared with neighbouring provinces and are calling on the government to intervene to put pressure on the companies involved.

In turn, the corporations involved claim that higher overheads due to poor security in Helmand meant they had no choice but to increase charges.

Dawood Darman, a resident of Lashkar Gah, said he was so fed up with one firm’s high prices that he had smashed his phone’s SIM card.

Uploading a picture of the broken SIM onto his Facebook page, he criticised the Afghan Wireless Communication Company (AWCC).

“If the government does not control the activities of these companies, we will call on people to protest on the streets,” he claimed.

“We’ll also urge all customers to cut their ties with AWCC. I’ve already broken my SIM so our relationship is over.”

“Making money by setting high prices is stealing,” he added.

Another AWCC customer in Helmand, Sayed Ehsanullah Noori, told IWPR that he too had deliberately smashed his SIM card.

“I’ve broken it now and I no longer want anything to do with this network,” he said. “If the company is hostile to us, we will be hostile to them.”

Helmand province, in the far south of Afghanistan, is served by a number of mobile networks including AWCC, Multinational Telecommunication Network (MTN), Etisalat and Salam.

But despite this apparent competition in the telecoms sector, many customers are not convinced they are getting value for money. Some in the province are calling on users to join a Facebook campaign called Eshas Kry (Feel It) in protest at the high prices.

One activist, Mirwais Kany, claimed AWCC was charging 72 US cents for a one gigabyte (GB) internet bundle in Kandahar, Herat and Balkh provinces. In Helmand, he said, the company charged three times as much for the same package.

Similarly, he said that AWCC charged three US dollars for a three GB bundle in Kandahar, Herat and Mazar-i-Sharif, but five US dollars in Helmand.

“But we accuse AWCC as being the biggest culprit as 80 per cent of people in Helmand use this network.”

Shah Wali Zyarmal, a teacher in Helmand who uses the Etisalat and MTN networks, added, “I’m not satisfied with the services of any of these companies.

“My salary is low and the internet tariffs being charged are too high. It has wasted a lot of my money.

“Are officials at these telecom firms not aware of the problems in Helmand? Do they not know the economic hardships the people face? They should take our protests seriously.”

Another consumer, Abdul Wali Omari, said there was widespread local anger over the tariffs.

“We will continue our fight to pressurise the networks until we’re given the same service as other provinces,” he said. “We won’t tolerate our rights being violated anymore.”

Spokespeople for a number of networks operating in Helmand said that the current situation was a product of poor security in the province.

Sardar Wali Halim, a local spokesman for AWCC, dismissed the criticisms and denied the firm’s tariffs were unduly high.

He said the ongoing insurgency in the region did mean the company’s operational costs in Helmand were higher than in other areas of Afghanistan, but that costs to consumers were always kept to a minimum.

Should stability be restored to the province, he added, and his network was able to ensure all its mobile antenna masts were functioning, then the company would be better placed to lower prices for its customers.

“Those who want to protest against us should first see how high the network’s operational costs are,’ he argued. “Then they can judge whether our prices are too high.”

Omaidullah Zaheer, director of Telecoms and IT in Helmand, told IWPR that he was aware of customers’ concerns and had raised the matter with ministers in Kabul.

He said the response from government officials had been that whilst they were sympathetic to complaints they were unable to influence private sector pricing.

He added, “We’ve received written complaints regarding the pricing of internet bundles and many of these refer to the AWCC network.

“We’ve discuss the complaints with the ministry but the pricing structures of private companies is something that is beyond government control.”

But Omar Zwak, a spokesman for Helmand’s governor, suggested he would stand firm with customers should networks be found to be at fault.

“Discussions and negotiations with telecom officials are ongoing,” he said. “If there is proved to be price discrimination in Helmand then we will stand with the people and support their demands.”