Workers speak out over harsh and risky conditions.

Workers speak out over harsh and risky conditions. 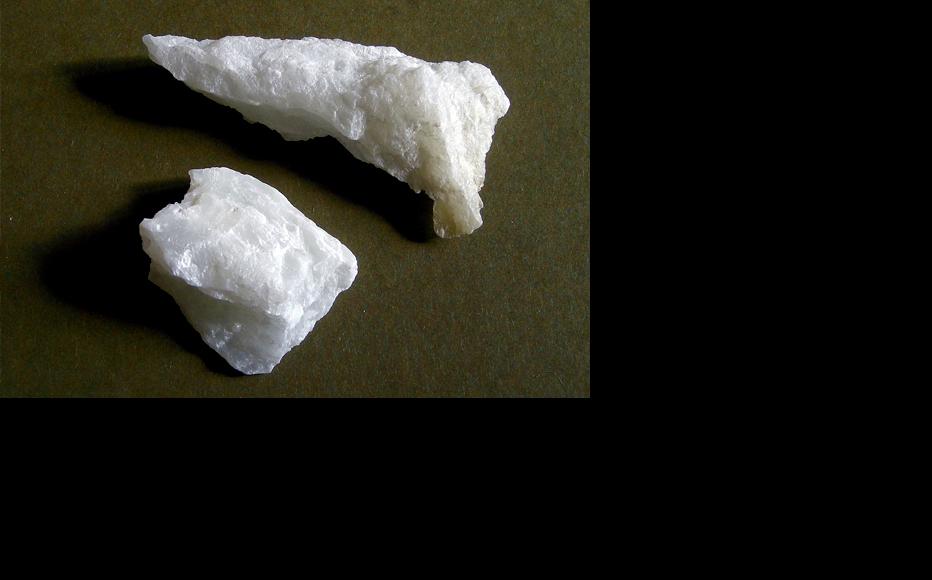 Talc, a mineral made up mainly of the elements magnesium, silicon and oxygen. (Photo: Wikimedia Commons)
The link has been copied

Safdigul Shirzad spends his days working in a talc mine in Markikhail village in the eastern province of Nangarhar’s Shirzad district. In return, he gets two meals and four US dollars each day. The work is hard and dangerous, but he said he had no hope that conditions at the mine were ever likely to improve.

“We are slaves in return for four dollars,” he said, adding, “Labourers cannot speak out about their rights because their bosses warn them they will get the sack.”

Talc, a soft clay mineral used in many industries such as pharmaceuticals, cosmetics, rubber and oil production, is mined in a number of Afghan provinces with the largest resources located in Nangarhar, on the border with Pakistan.

Most talc mined in Afghanistan – around 500,000 tonnes a year - is exported to international markets via Pakistan.

Although it is an important national industry, workers say that the sector is often poorly regulated. They charge that as well as poor safety measures on-site, there is little provision for those who are injured or for their families if they are killed in a work accident.

In addition, employees face a number of health risks associated with working in talc mines, especially without proper protective gear, including a number of cancers.

“When there is no protective equipment, workmen in talc mines risk many diseases because talc contains a kind of harmful substance,” said Islamudin, who works in a Pachiragam district. “Some of the workmen have damaged their eyes and hands and as a result were not able to keep working and had to leave their jobs, but the employers did not help them at all and just left them with their problems.”

This lack of long-term care is cited by a number of former miners and their families. Zarwali, a young man living in Nangarhar’s Srarood district, lost a leg following an onsite accident and can no longer work.

“While I was working at a talc mine, I was hit by talc stones as a lorry was being unloaded,” he said. “I broke my leg. I was taken to Nangarhar regional hospital for first aid, and the cost was paid by my employer. But for further treatment, I needed to go either to Pakistan or India. Since the mine’s owner abandoned me, and I couldn’t afford the cost of travel and treatment abroad, my leg was finally amputated.”

He added that he had received 100 dollars a month for three months following the accident, but after that his employer cut off all contact with him.

Zarmina, a resident of district five in Jalalabad city, lost her husband in an accident at a talc mine.

“My husband was killed when he fell from a mountain while at work. The owner of the mine covered the cost of the funeral ceremony, and paid us 400 dollars, but since then, he has not asked about us.”

She continued, “The owners of mines and these businesses have no feelings. They are lying when they say that they provide permanent assistance to the families of victims. I wash people’s clothes in order to earn money to buy food for my orphans.”

The All-Afghanistan Federation of Trade Unions (AAFTU) agreed that there was a real problem in safeguarding workers in talc mines.

“We have also told the owners of mines and factories that they should increase the wages of their workers because they do hard labour and are continuously faced with danger, but they don’t listen to us,” AAFTU head Mohammad Liaqat Adil said. “The wages currently paid to workers in talc mines is very low.”

Local officials also acknowledge that there are problems with safety conditions.

Hakeem Shah Shirzad, director of the provincial department of labour and social affairs, told IWPR, “I have had meetings with the owners and CEOs of private sector companies on a number of occasions, and have asked them to be stringent in their care for their workers.’

He said that he was aware of a number of incidents in which workers were killed or badly injured in talc mines, but said that no exact figures were available.

Shirzad noted that according to article 31 of the Afghan labour law, it was the responsibility of employers and directors of private sector companies to provide all the facilities required for the workers to safely deliver their duties.

Government legislation to put in place a pension system for private sector employees was in process, he continued, and this would further help safeguard the rights of workers.

Officials from the local department of mining said that they had tried to ensure that workers recruited were able to cope with the demands of mining.

Nangarhar director of mines Nasratullah Akbari told IWPR, “We have asked the firms, in writing, to not hire underage or elderly people so as to avoid any problems.”

For their part, the owners of the talc mines in Nangarhar reject any suggestion that they mistreat or fail to support victims of workplace accidents.

“To date, two of my workers have been disabled [in accidents] at my company,” he said. “I paid for their full treatment, and after that have supported them permanently.”

Khogyani added that he provided his workers with a full complement of protective gear but that  they sometimes failed to use them.

Mohammad Wali Khogyani, head of the Nangarhar talc traders’ association, said, “I personally oversee such issues. Whenever someone is killed during their work, as well as the mine’s owner, our association also helps their families. We defray the cost of their funeral ceremony as well as providing permanent assistance to the victim’s family.”

Afghanistan
Life
Connect with us