Afghanistan: A New Generation of Midwifes

Afghanistan: A New Generation of Midwifes 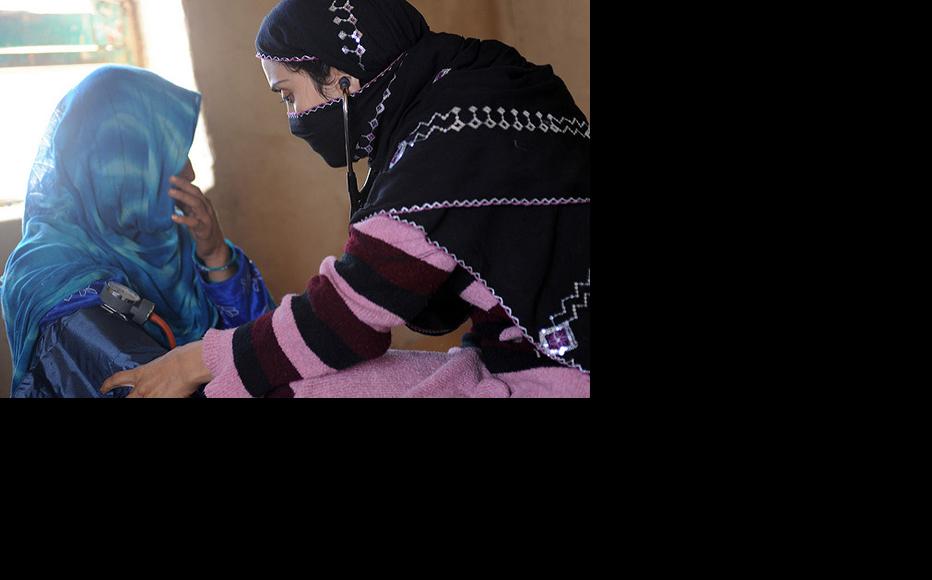 Student midwife Nasima says that she has no illusions about what she will face when she graduates.

The young woman, from the Urgun district of Paktika province, explained that the local health sector was riddled with problems. There is only a single female doctor working in the whole province, and the lack of antenatal and neonatal care mean that maternal mortality rates are high.

However, Nasima said that she and her classmates are determined to change this reality.

“It’s always been my dream to someday serve women as a health worker, and my dream is about to come true,” Nasima said, vowing to return to her own district after graduation to help alleviate the medical crisis there.

Paktika, 170 kilometres southeast of the capital Kabul, does not have a good record on women’s healthcare or rights. But locals say that conservative attitudes which have prevented young women studying nursing or midwifery are changing.

The province’s female doctor, Anisa, said that women in Paktika had the same basic right to be treated by female doctors as those anywhere else.

But Anisa, who is based at Sharana hospital, said that because it was hard to persuade female doctors to come and work in the troubled province, it was even more important for local women to train as nurses and midwives. What made the crucial difference, she continued,  wasthe support of the male members of prospective students’ families.

“When these girls graduate as midwives, it will help fill the gaps in women’s participation in Paktika’s health sector,” she said. “It will also really help to improve infant and maternal mortality rates.”

One of the new crop of trainee midwives, Sanam, highlighted the fact that she has the full support of her parents as well as the other members of her family.

“Since childhood, I have wanted to get an education,” she continued. “After graduating from school, I chose to continue in midwifery so that in the future I can serve people as a health worker.”

Sanam’s uncle Syedullah said that he had enrolled his niece in the midwifery course with the agreement and cooperation of their entire family and community.

“I have really been supported and encouraged by my fellow villagers for enrolling my niece in the midwifery course,” Syedullah said. “In fact, religious scholars and local elders now support me in this, although in the past people felt a sense of humiliation and embarrassment when girls got involved in such activities. Now people’s level of education has increased and these prejudices against the education of women and girls are vanishing.”

Local activist Mohammad Yasin Yasin said that said that civil society groups had worked hard to emphasise the importance of female participation in the healthcare sector in their work, and that this had produced positive results. The changes would have both social and economic benefits, he added.

“If tribal elders and religious scholars support the midwifery programme that’s already underway, it will not only fill the huge gap in the health sector but also provide many people with an education that will enable them to support their families,” he continued.

The midwifery course is being run with the support of the Agency for Assistance and Development of Afghanistan (AADA), funded by the World Bank. Some two dozen graduates of AADA’s first Paktika midwifery programme, launched in 2014, are already working in healthcare centres around the province.

Rogul, the provincial head of AADA, said about 80 young women from across all 18 districts of Paktika had enrolled in the latest two-year course.

Trainee midwife Sharifa is from Sharana, so commutes to the college rather than staying in the dormitory.

“I come to the course in the morning, continue till the evening and then return home,” Sharifa said. “Everybody in my family respects me doing this, which means I can continue my education.”

Rogul said that the latest course had begun on January 6, with both practical and theoretical aspects of midwifery taught by two experienced practitioners.

“Young women in Paktika are beginning to show more interest in learning nursing and midwifery, so AADA is doing its best to ensure that this two-year course is successful and will organise similar courses in the future in Paktika too,” he said.

Attaullah Fazli, Paktika’s deputy governor, said that the local authorities had done everything they could to assist the two-year midwifery course.

Local families were now more willing to allow female members to pursue these studies, so the scheme was flourishing, Fazli added

Mohammad Aslam Sabiri, acting director of Paktika’s public health department, said that they had built trust with the local community by ensuring all trainers were female. This meant that families were willing to allow female members to participate, with students coming from across Paktika.

“If interest keeps rising like this, other donors and organisations will be convinced to organise similar health programmes in Paktika province,” he said, adding that the health benefits to women in Paktika province was already clear.