People with powerful connections find it easy to avoid prosecution.

People with powerful connections find it easy to avoid prosecution. 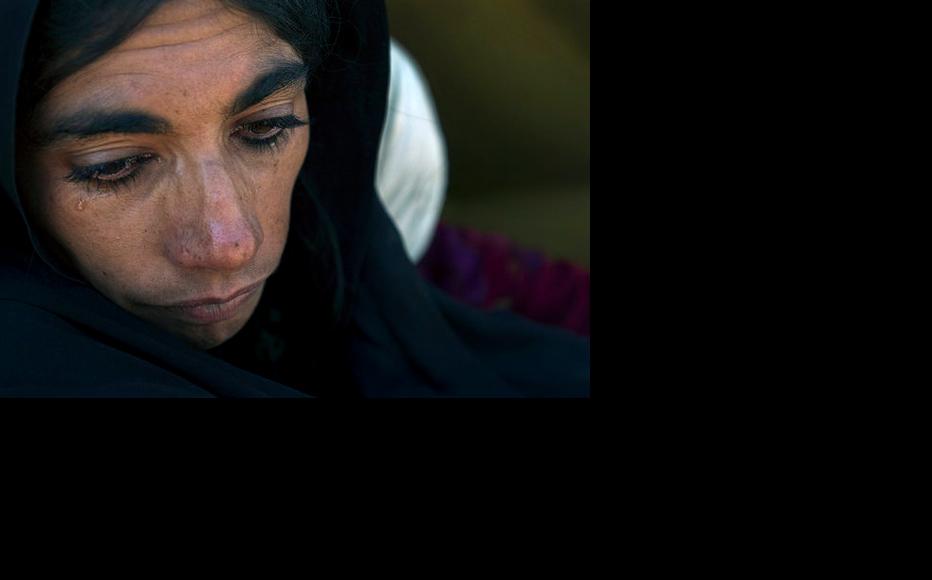 Statistics show an increase in violence against women. (Photo: Eric Kanalstein/UNAMA)
The link has been copied

Her eyes brimming with tears, 20-year-old Nilofar drew back her headscarf to reveal a mutilated ear. She explained that her husband had ripped off a chunk of her earlobe with his teeth during a recent argument.

Nilofar, who lives in Charikar city in Parwan province, said she had been beaten and abused from the start of her three-year marriage.

"One day, my husband gave some pretext [for an argument], asking why his clothes were not ironed. He bit my ear and took off a chunk. I took the piece and went to every clinic I could find hoping it could be reattached, but the doctors were unable to do so."

Nilofar sighed, adding, "I will take [this] to my grave."

Her husband was arrested but only held for a short time before being released. Nilofar said that his connections to powerful local men meant he had been able to escape prosecution.

During a two-month investigation, IWPR spoke to dozens of women and activists about their experiences of gender violence and judicial corruption.

Many domestic violence survivors told IWPR that their cases had been derailed by the intervention of powerful individuals.

People with connections to local warlords or influential officials were routinely able to exploit their position to evade prosecution.

Statistics show an increase in violence against women, although experts say that official data represents only a tiny proportion of actual cases.

According to the office of statistics and planning at the Parwan department of women's affairs, 52 cases of violence against women were registered in the province between March and June 2016. A total of 42 cases were recorded during the same period last year.

Nilofar said she only approached the authorities after traditional methods of arbitration had failed to help the situation.

Her father, Mohammad Salim, told IWPR, "My daughter was tortured from the day she got married. She ran away from her husband's house several times and came to us, but we sent her back to her husband after mediation by elders."

In many part of Afghanistan, especially areas outside government control, communities resort to ad hoc and Islamic courts to resolve disputes and issues of family law.

A local elder, Habibullah, said that he had helped resolve dozens of cases of violence against women through tribal assemblies.

He said that he and fellow elders had repeatedly asked Nilofar's husband to change how he treated his wife.

The director of women's affairs in Parwan, Nadera Giyah, said that major problems exacerbating gender violence were poverty, a lack of awareness of human rights, and the weakness of security, legal, and judicial bodies.

"When cases of violence against women are referred to the government they are not resolved quickly and this causes further violence,” she explained. “Besides this, interference by powerful individuals, bribery, and corruption are other factors serving to increase violence."

A source in Parwan’s provincial attorney’s office confirmed that he was aware of dozens of individuals who had attacked and even killed local women but who remained immune from prosecution.

He told IWPR that his office often came under pressure when a case of gender violence was referred to them.

"A lack of security as well as intimidation and interference by certain individuals means that the law is not implemented equally,” he said.

Afghan president Mohammad Ashraf Ghani has himself highlighted the dangers of intimidation within the judicial system.

He told a Kabul conference on October 31 that the legal institutions were independent and that nobody had the right to interfere in their affairs.

"Whether a low-level employee or the attorney general himself sees violation of the law at any level, he should take legal action," Ghani said.

The attorney general Farid Hamidi also warned at the conference that nobody should be able to evade justice, with protecting the rights of women and children one of his priorities.

"The law is implemented equally for everyone and no criminal can escape from it," he said.

Parwan police chief Mohammad Zaman Mamozai denied that his officers were failing to arrest perpetrators of violence against women, although he did acknowledge that powerful individuals interfered in some cases.

“The police have little authority,” he continued. “We cannot hold a [suspected] criminal for more than three days after we arrest him, and we are unable to gather evidence of the crime in three days.

“When the case is submitted to the attorney office, it lacks sufficient evidence. The attorney’s office submits the case to the court, and since there is not enough evidence, the court releases the suspect."

He added that the police did their best but had to rely on help from the wider community, particularly elders and religious scholars. This cooperation was often lacking, with members of the public refusing to hand over suspects to face justice.

"Such excuses from the police are irrelevant,” he said. “The police try to evade the law. The public have always cooperated with the police and the legal and judicial bodies in Parwan, but the officials are so corrupt themselves that people have lost all faith and trust in them."

Safar said that he knew of many well-documented criminal cases that had ended in the release of the subject after pressure from politicians and local powerbrokers.

Poor people, he continued, had no chance of justice.

“It is undeniable that when powerful criminals - or those who have the support of influential people are arrested - they are soon released. This serves to increase crime, particularly violence against women, in its own right."

IWPR documented numerous cases of violence in which perpetrators had not been brought to justice.

Malalay, a 15-year-old girl from Ghorband district of Parwan, told IWPR how she had been left disabled after her brother beat her.

"During an argument with my brother over inheritance rights, he beat me up so badly that he broke my leg."

Although her mother informed the police about the incident and her brother was detained, he was released after 15 days.

“My brother is friends with some tough and powerful people in the area. They do whatever they want, because they know that the police will not touch them," Malalay said.

Judicial processes are not always followed even in cases where women have died.

He told IWPR, "My daughter had a love affair with someone against the will of the family, which defamed our good name.

“I got very angry at Zahra and began to beat her with a stick, when suddenly the stick hit her head too had, and she died."

Although initially charged with murder, Sarwar was later released in unclear circumstances and has never been formally acquitted.

In an incident in Sayedkhel district, 20-year-old Karima was killed by her brother who suspected that she was involved with a local boy.

A policewoman at Parwan headquarters, who asked to remain anonymous, told IWPR, “No one has been arrested in connection with this case. Powerful people support the suspect and the police are unable to confront them."

A lack of trust in the judicial process means that people are often tempted to take matters in to their own hands.

Fereba, a 35-year-old from the village of Sufiyan, was killed on January 11, 2015. Local police went on to arrest her husband on suspicion of murder.

However her brother, Mohammad Sultan, said he had little faith that her killer would be brought to justice.

"This government is full of corruption,” he said. “We do not believe the legal and judicial bodies. We will take revenge for our sister's blood ourselves."